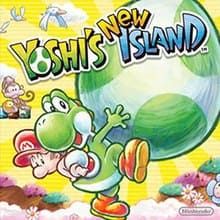 Yoshi's New Island
Crush your surroundings in a brand-new adventure! 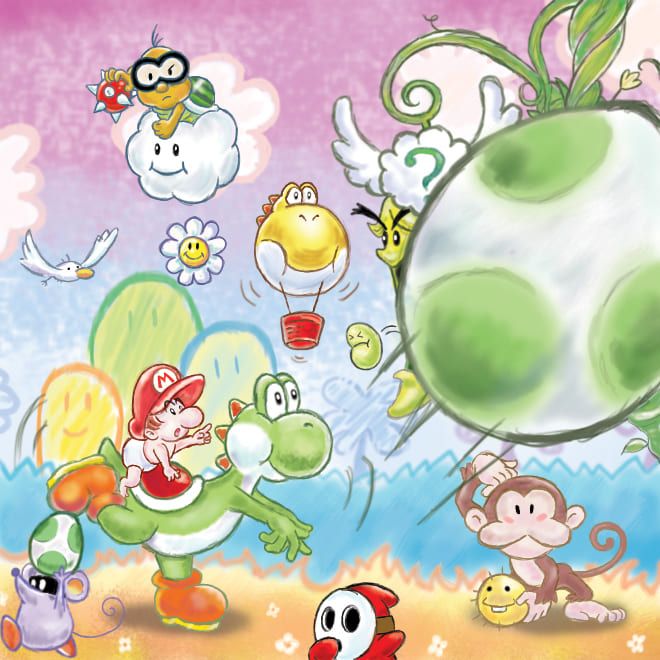 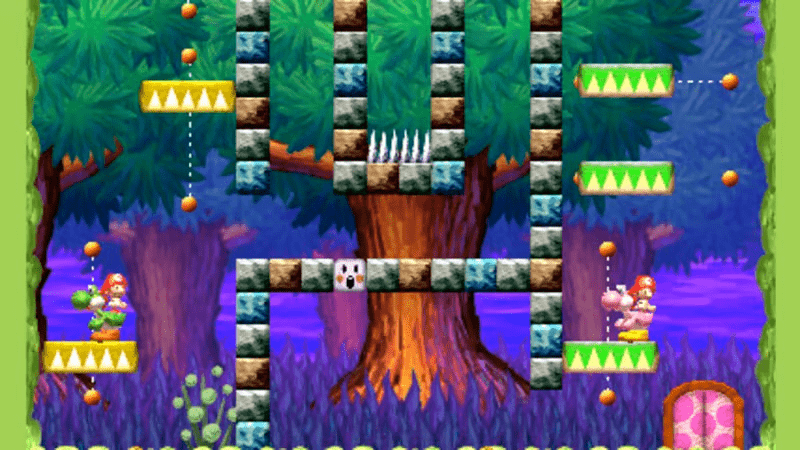 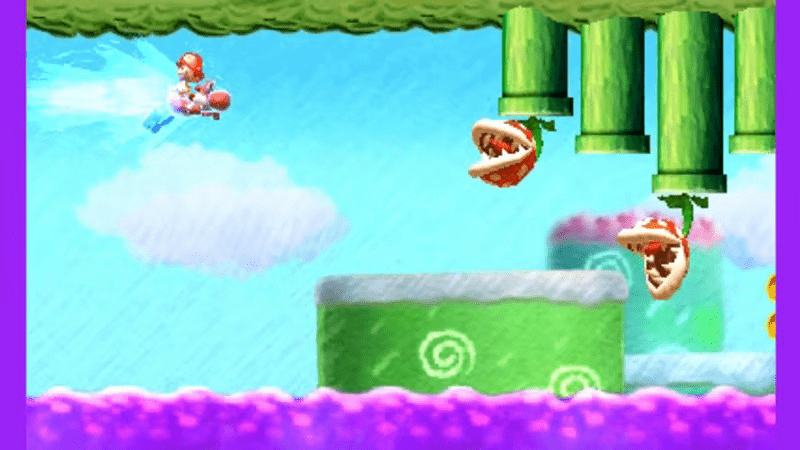 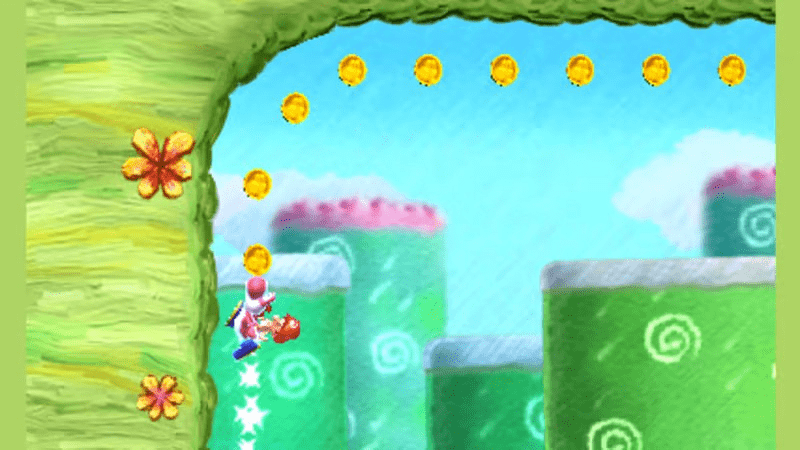 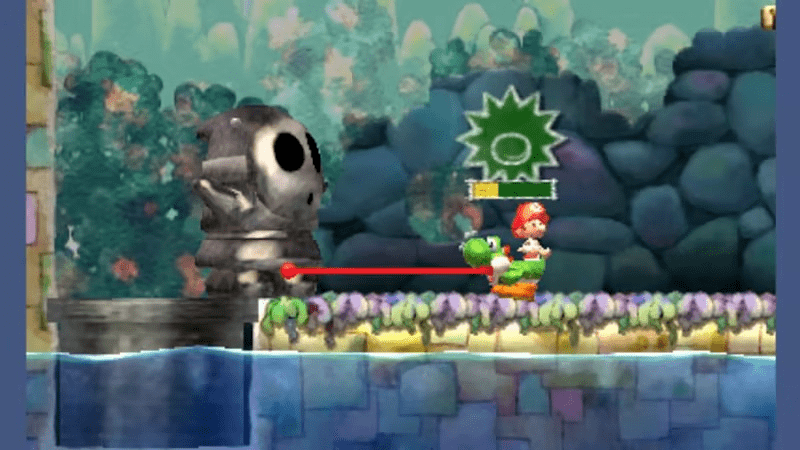 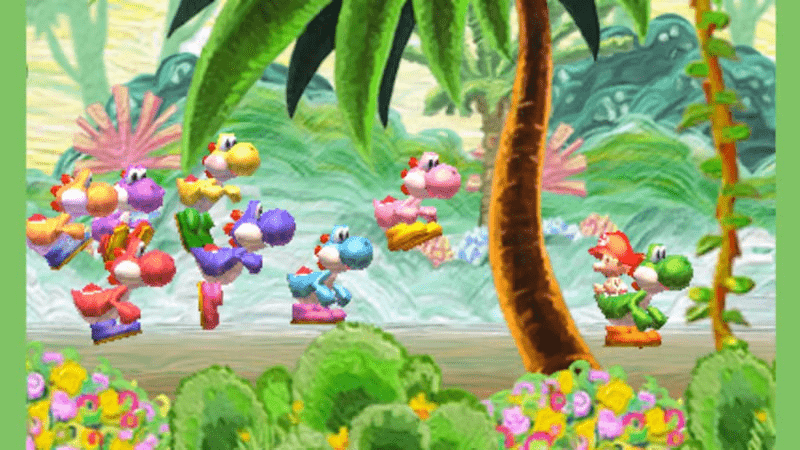 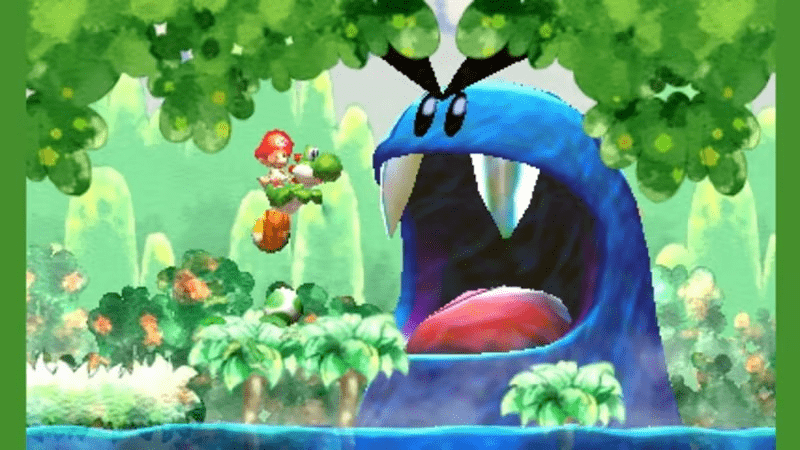 Yoshi’s New Island is another great Nintendo original game in 1995 and it well preserves the aspects of great games. The strengths are being repeated in different Nintendo games but it’s also quite a pity that the game doesn’t gain a lot of approval for new designs and ideologies. The thing with this game is it’s always important to keep in mind that this game is not necessarily a kid-style game although it might look like it with the basic graphics.

This game is different from most platformer games which are unique since the requirements for you is not only to let Yoshi survive but also to escort Mario through dangerous phases. I love when Nintendo choose to bring Mario in their different games because it gives different game series a sense of unity. It’s like the Marvel universe in the comics world, I feel like the company of Nintendo is trying to build up a Mario world for players to have a good time with their video games setting place in the Mario World. Back to the game, since you not only have to make sure the survival of Yoshi, it’s hard and intense in the game because of that. You will have to fight off enemies while aiming at the same time. So the game won’t shoot for you making you train yourself to aim and shoot and eliminate your enemies. The controls are great and just like all the other Mario Series games, there are 6 worlds for you to collect collectibles. It’s always amazing for players like me to collect previous things in different games because I love the explorable open world and games with adventures and things to collect. It brings me to the game as an insider, not just some random stranger playing the game.

Some flaws that need to be discussed are that there is a multiplayer mode for you to choose in this game and to be fair and critical about this game, I don’t feel like the developers spend enough time paying attention to what the game is actually about. The multiplayer mode has 6 mini-games that use the basic time scoring system. It just feels unnecessary and not unique with the new design the fans have been hoping for. The key factor is that this doesn’t change the overall gameplay. The other flaw is that you will be distracted while spending more time in the game while exploring all the hidden paths and details of the game. I will just give a personal example of me trying a video game. I’m a big fan of the Assassin's Creed Odyssey and I played the game for some time already. The graphics and the gameplay are for sure great. There is a lot of exploration and the storyline is well told. But it’s hard for me to play the game for a long time simply because there are so many things I have to do and so many things for me to explore. I can’t teleport a lot of times and I will be stuck on the ocean just traveling from place to place which takes forever. This aspect will be interpreted from another perspective in the following paragraph with thoughts of my own.

One other thing I like is the design of multi-function levels with a straight path including the hidden path. You can always choose to enter the hidden pass and start your adventure there. For someone with curiosity, like me, it’s great for players to make the choices for themselves and you will probably forget time while playing the game in such an explorable way.