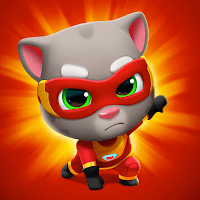 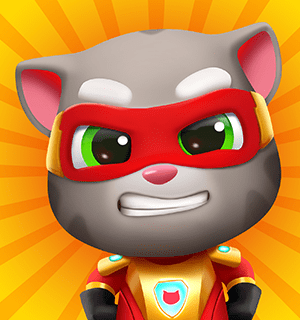 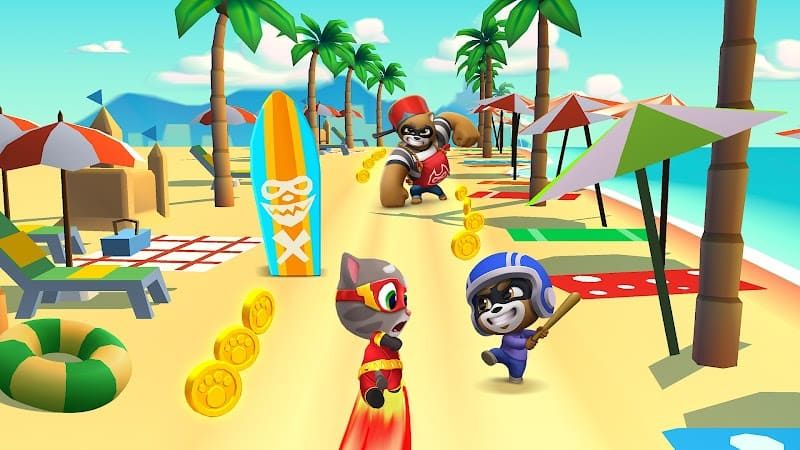 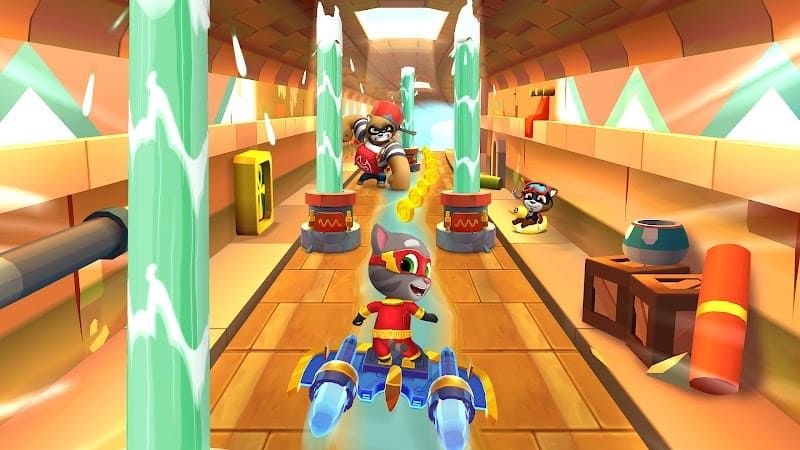 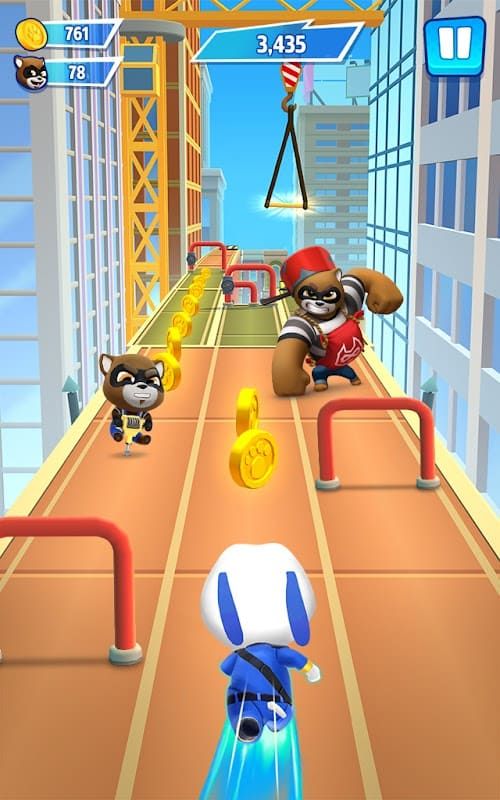 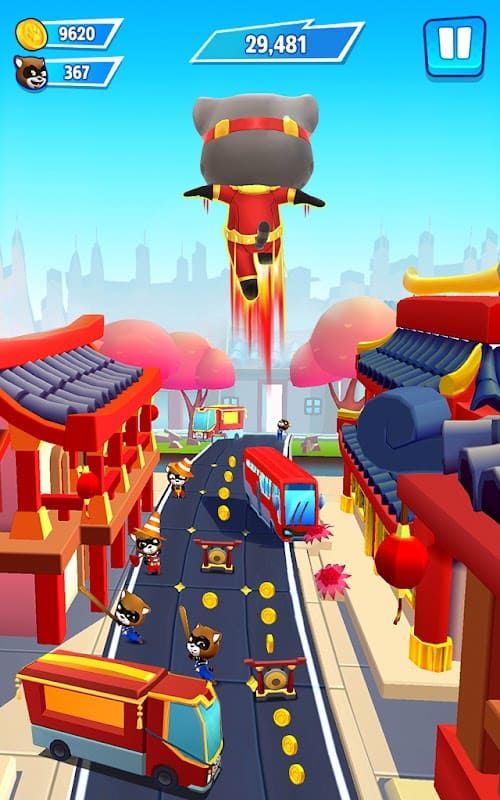 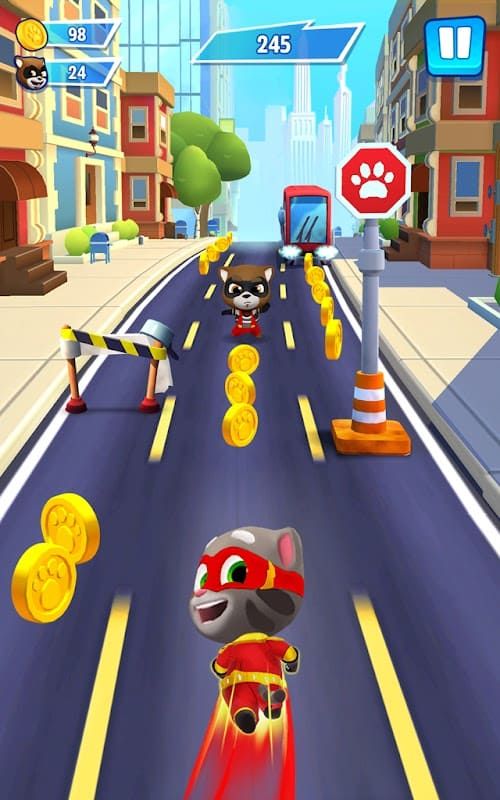 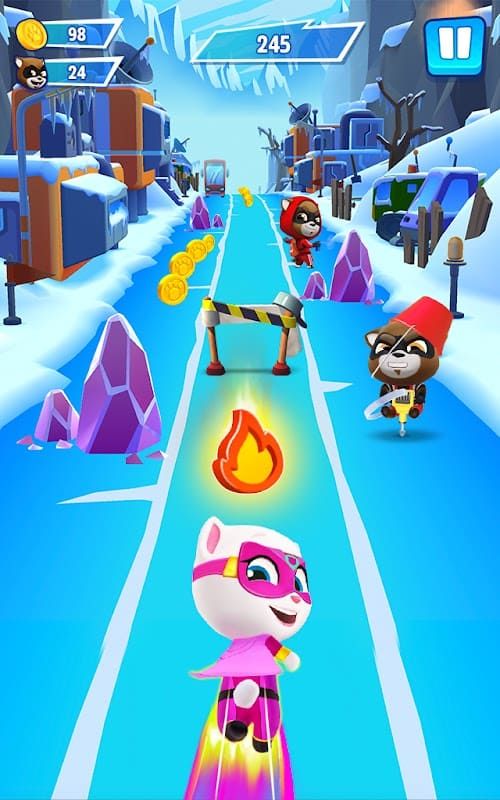 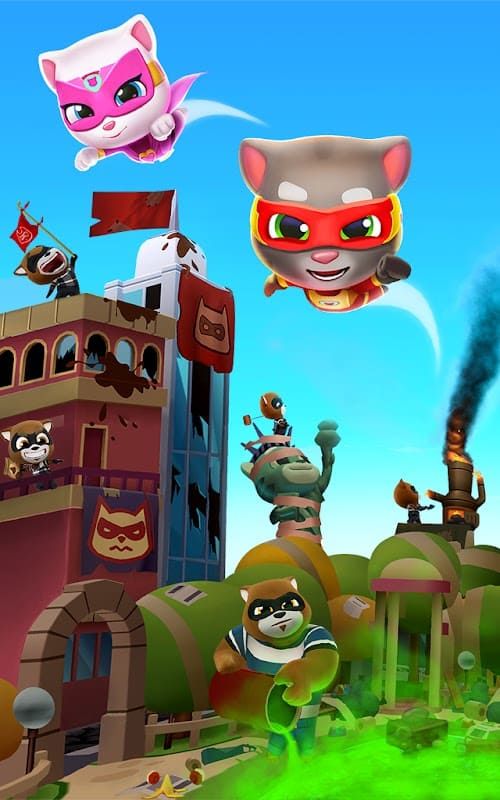 Talking Tom Hero Dash is an action-packed, superhero-themed endless running action game published by Outfit7 Limited, it's a great game, the story revolves around a superhero called "Talking Tom Hero" The hero team unfolds, a powerful team of five talking Tom and friend characters. Players will go on a great adventure with cute cat Tom and his friends and run free in it, like any legendary superhero team, each member has their own unique personality, Tom is a leader with courage and commitment The creator and founder, he is not only heroic but also exceptionally strong. The fastest Angela, she has excellent eyesight. Comedian Hank has all sorts of fun gadgets in his bottomless backpack. The smartest Ben often uses his technical knowledge to conjure up amazing gadgets. Ginger's incredible stealth and hoverboard skills make him an invaluable and brave member of the team. They all have cool powers, gadgets, and outfits, and work together to become the ultimate defender of the planet. Unfortunately, four members of the team are kidnapped by a destructive group of raccoons. So Tom sets out to find and rescue his friend. Meanwhile, Raccoons have been busy destroying some of the most famous places in the world. Tom and his super friends will be able to lure out the bosses of each level. Players need to defeat the bosses. Then, they can save a friend and unlock a new one. superhero character.

But remember to collect all the coins on your journey and battle. If you encounter a raccoon and choose to fight him, you will be rewarded with extra coins, and at the same time, players can unlock other talking characters by defeating the raccoon, which is very interesting. In this game, as long as you can defeat the raccoon boss first, you have a different world waiting for you to discover. So in the next world, you will have a lot to look forward to. Because of the new experience and rewards, players will not feel bored like other running games. Remember, boosters help you collect more and make your runs temporarily safer, while gold allows you to buy upgrades that give you higher scores on subsequent runs.

Each member of the hero team has its own strengths and weaknesses, and they play slightly differently. So players unlock and try every character as possible to find out who suits your personal playstyle best. There are also some unique superpowers that players can use to help you while running in the game. In this game, players can jump between rooftops, run along with cruise ships, etc. to save their mates faster and more fun. In addition to that, you can also unlock cool outfits and customize the style you like.

Talking Tom Hero Rush It all functions very well, the storyline is simple, a group of raccoons tries to destroy the environment, and the player and the hero Tom are to stop them. The key to the game is to fight raccoons. This is also a fun and quite cathartic experience. In the game, as long as the player encounters a raccoon, it can be easily smashed into pieces, so the game is easy to win and easy to have a sense of accomplishment, and then get a lot of gold coins, The player then pays a certain amount of coins, and Tom will fly to a specific area to kill the new nasty raccoon, so that the player is not outright buying pointless upgrades, which will make the game richer and more interesting. Talking Tom Hero Rush can provide you with a new experience of parkour games, iOS and Android players can go to the official Talking Tom Hero Dash website to pre-register, download and try it for yourself.