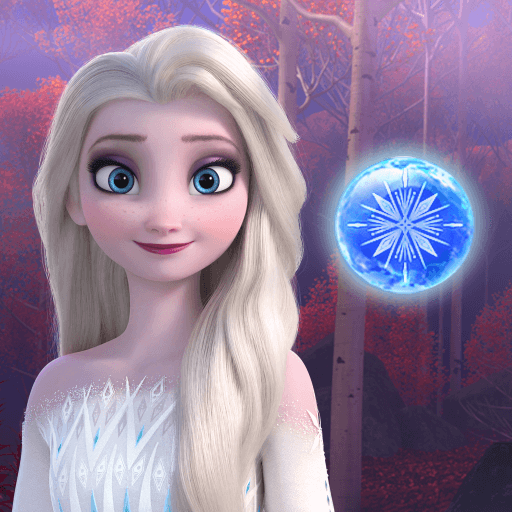 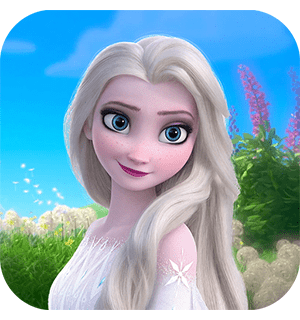 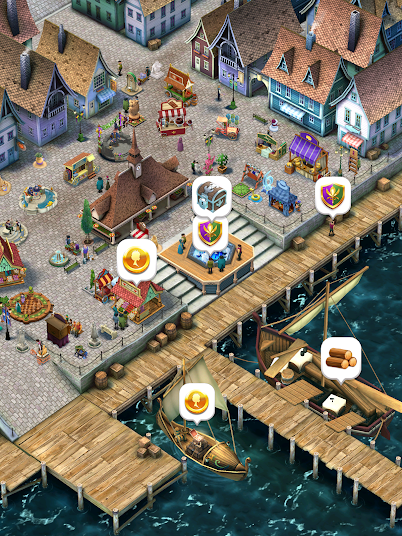 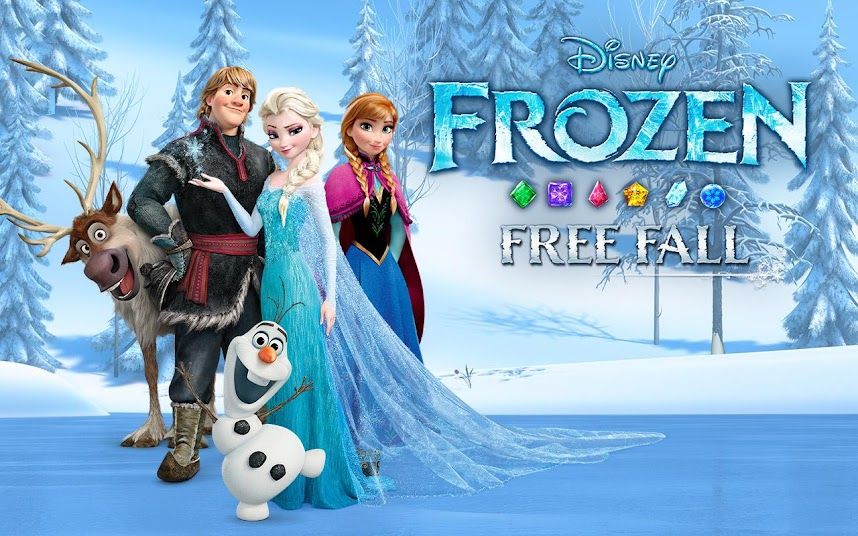 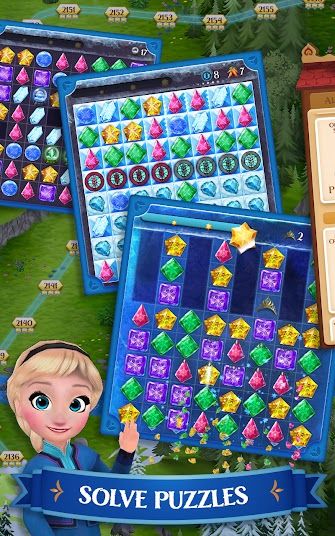 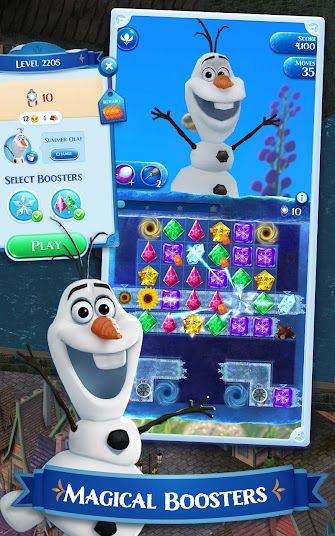 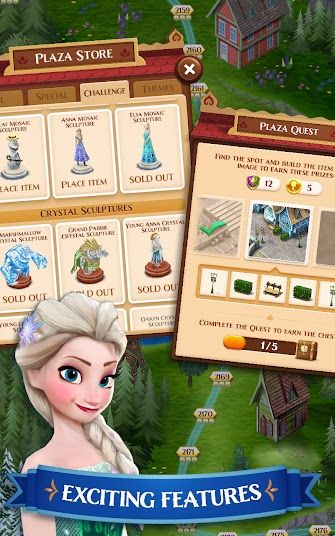 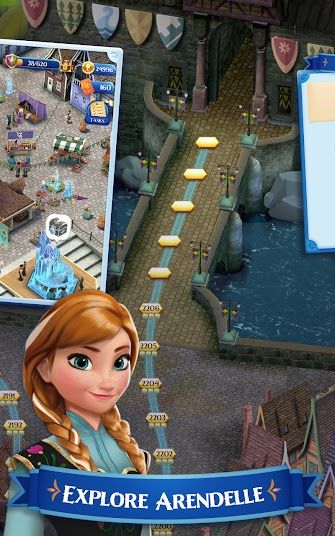 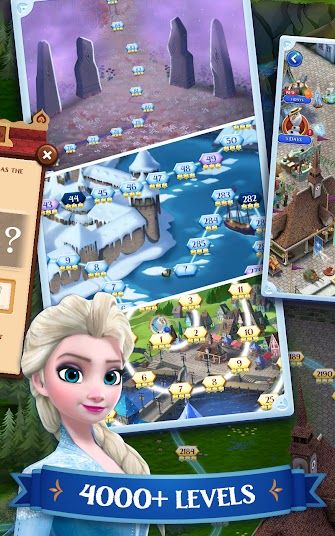 Frozen Free Fall is a typical match-three game, inspired by the Disney Frozen movie and set in the enchanting kingdom of Arundel. We will complete over 1000 exciting levels with Princess Anna, Elsa, and Olaf, the main characters from the movie. The game's graphics maintain Disney's usual quality, and the addition of icy elements and music in the game ties it to the movie. But in terms of gameplay, it is no different from other match-three games, where players must match three crystals of the same color, which then fall to the bottom of the screen and collect points and rewards as they fall.

Players can choose from Anna, Elsa, and Olaf to help them complete the challenge. Each character has certain abilities to help the player, such as Anna's torch, which burns an entire row of crystals, or Elsa's glacial energy, which makes crystals of the same color disappear. Power-ups like Icebergs appear when you match four or five crystals; other power-ups cause entire vertical or horizontal rows, or rectangular groups of nine crystals, to explode. It starts with an easy level and gets progressively more difficult as you complete higher levels.

In addition to the challenge of the different levels, I also like to decorate and redecorate Arendelle. After completing a certain number of levels, players can enter Arendelle Plaza, where they can use points and rewards to build the town. You can earn coins and rewards by completing puzzles to decorate and customize your own Plaza in Arendelle, including stores, fountains, carts, and more! What's even more fun is that they have a new event almost every month where you can earn tickets to get exclusive items in your own decorated plaza.

However, the biggest drawback of the game is the constant requirement to buy more items from the app store, and as I said above, the levels get harder as the game progresses. The power-ups and life points are limited, which means you have to use real money to buy power-ups if you want to pass the levels or get more rewards. It is possible to watch ads or share the game on social media in exchange for rewards, but the setup is not perfect considering that the game is played by children or teenagers. For these reasons, the app is not recommended for children under the age of 9, and older children are advised to use it with parental guidance.

Overall, Frozen Free Fall is an easy and fun game with beautiful graphics and many levels, tons of new things to do, and lots of new updates. There are hundreds of puzzles and many more seasonal puzzles and game modes to unlock as the game progresses. In addition to the mesmerizing puzzles, Arendelle Plaza is a fun activity for kids to create. Kids will also enjoy interacting with their favorite characters. In-app purchases do present a significant problem, however, but if you can live with that, this game is worth a try!