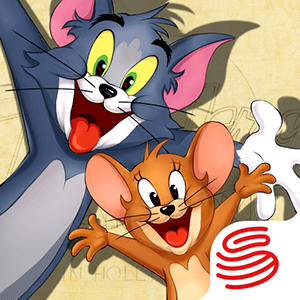 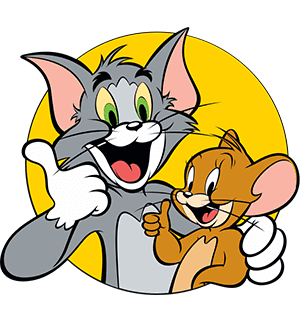 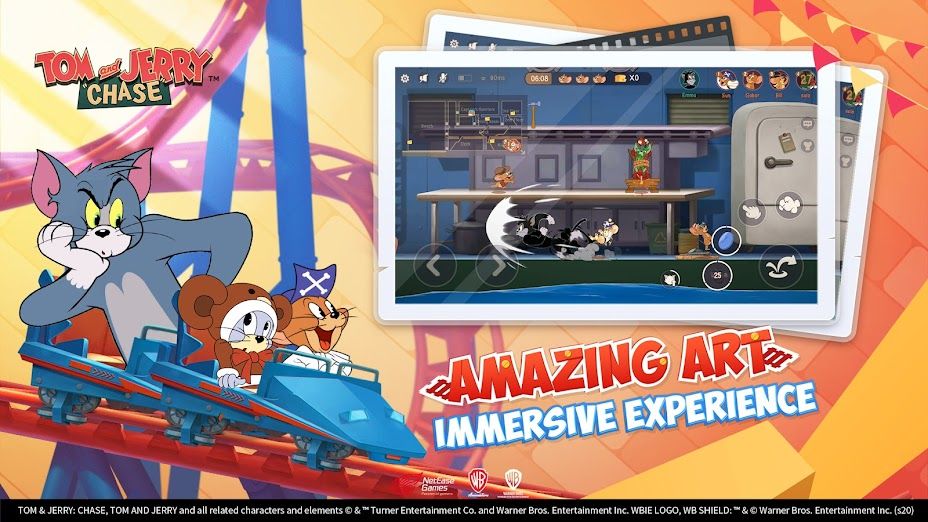 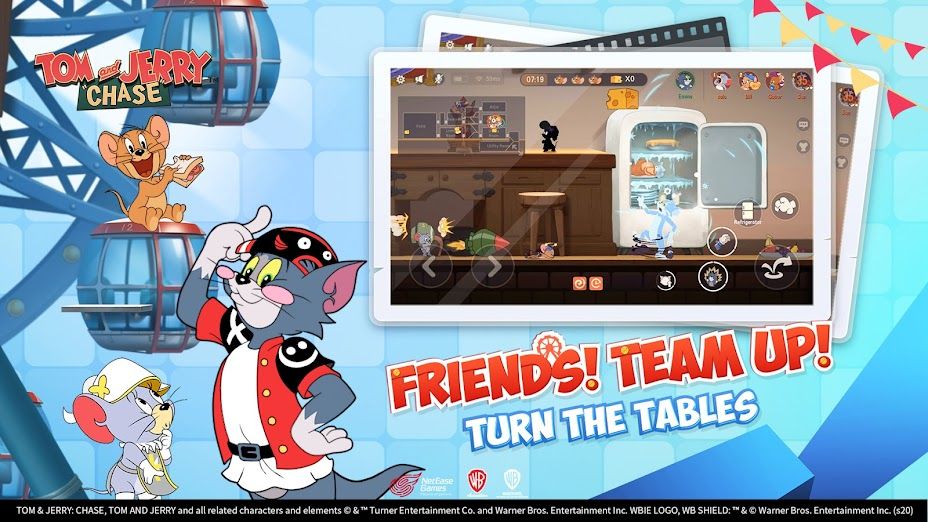 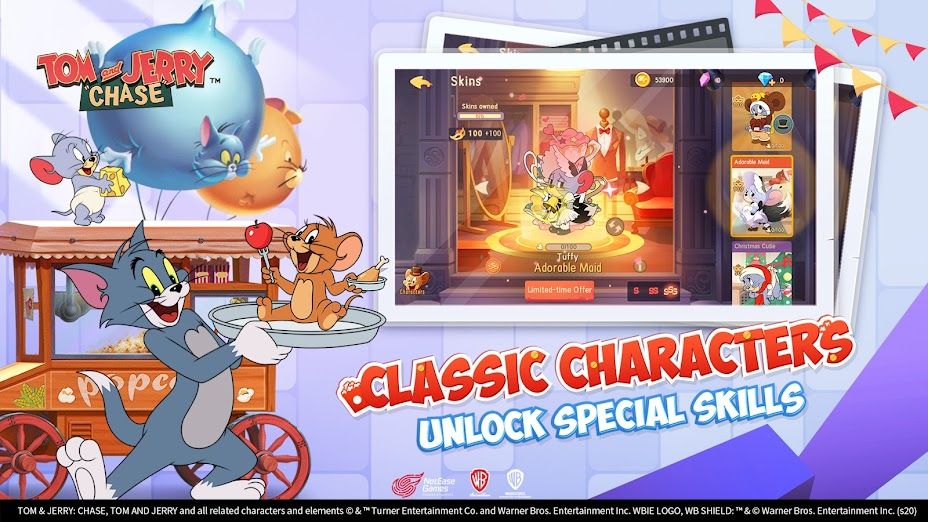 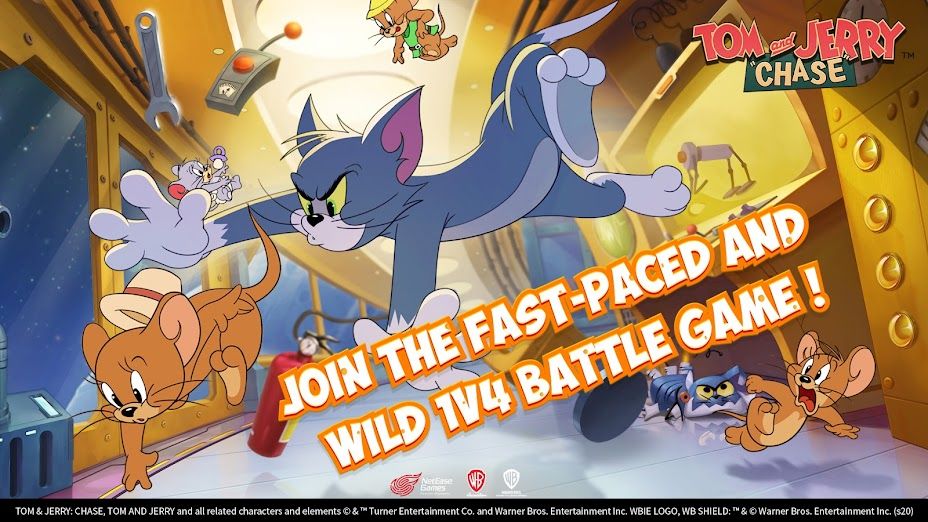 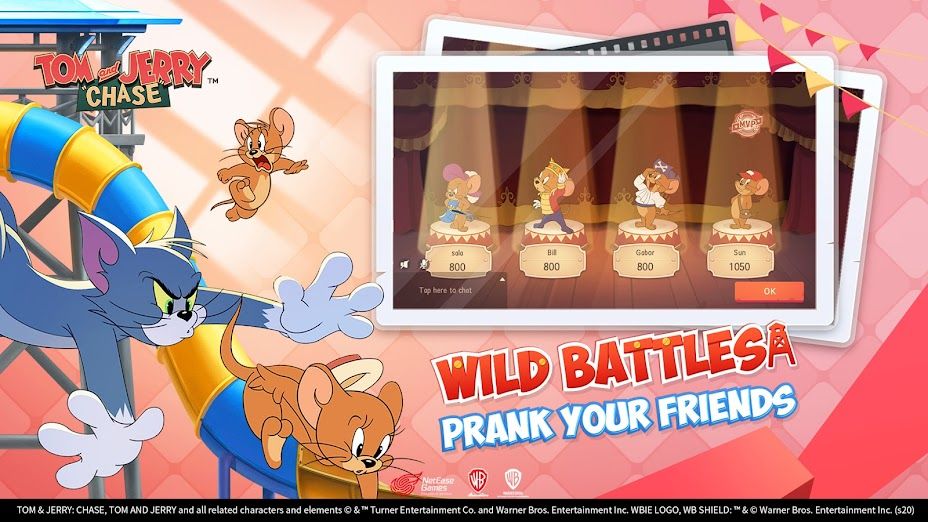 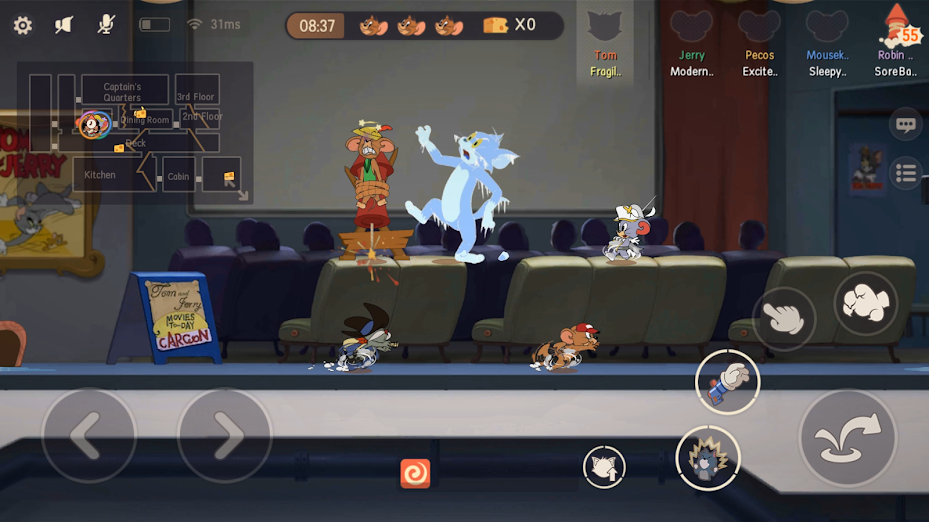 If you've been enjoying watching the Tom and Jerry classics on TV, then you'll love this nostalgia-inducing game. Tom and Jerry: Chase is a 1 vs 4 2D platforms casual mobile game with the nostalgia of the original animated classic series and its main gameplay is entirely cat-and-mouse. The game starts with a choice between cat and mouse, meaning you can choose to play as Tom or Jerry, and as you know, Tom is always the losing end when it comes with a fight with Jerry. Here you finally have the chance to help Tom catch Jerry and his companions all together!

Play as Tom and Jerry the mouse in a 10 minute battle against each other in a house full of traps and a variety of different objects scattered all over the place. If playing as Tom, your goal is to use your advantage and the traps in the room to catch all 4 mice and place them on fireworks to eliminate each one of them and most importantly stop them from stealing the cheese. If playing as Jerry, you can pair up with 3 other players and your main goal is to steal all the randomly generated cheeses in the room and hide them in the mouse holes, making sure not to get caught by Tom of course!

The advantage of choosing Tom is that you will have a larger life pool than the rats as well as faster movement, on the other hand, the advantage of choosing Jerry is that you will play in a team with 3 other rats. It has a multiplayer feature where you will play with 4 other players online with a random pool or team up with a friend. I think teaming up with friends is the most fun, but it is also very fast if you choose random matches as many players from all over Southeast Asia are playing this game. Matchmaking includes a ranking leaderboard where players can show their scores and ranking levels against other players.

The controls are relatively simple, with your left and right movement keys on the left side of your device, and your main action buttons on the right side, which contain 4 different types of actions: Free Attack, All-in-one, Free Interaction, Free mode. You can choose the 4 different skill keys that suit you during the game and change the key bindings at any time on the "Settings" page.

Its graphics and sounds are all from the classic animated TV series adaptation, so if you grew up watching cartoons, you'll definitely like the style of this game. The game's sound design is also very good, with background music and sound effects that make you feel very nostalgic for the 90s cartoon show with its exaggerated sound effects. None of the characters in the game are voiced, except for Madame (who is Tom and Jerry's house owner in the show), who acts as the game's announcer.

This is a game where the gameplay, graphics, and sound are handled just right. As an adaptation of a classic 90's cartoon show, the game does not disappoint fans. Even better, it is 10 minutes per game, which makes it a great game to pass the time at any time and any place. If you're a fan of Tom and Jerry and are looking for a casual game to pass the time, I recommend you download it!