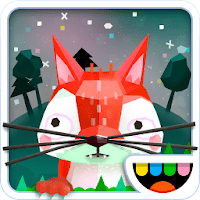 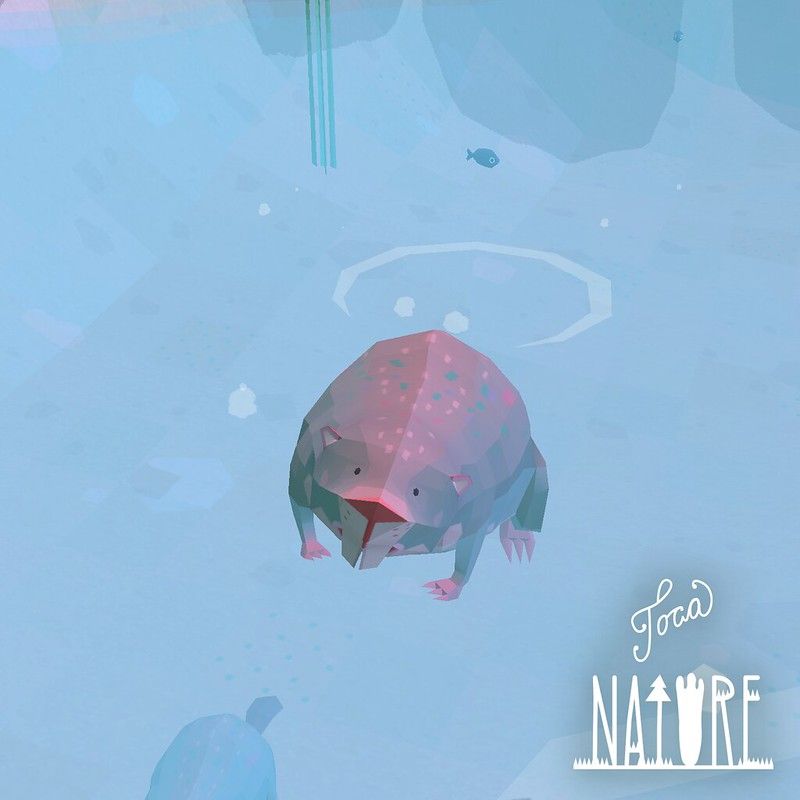 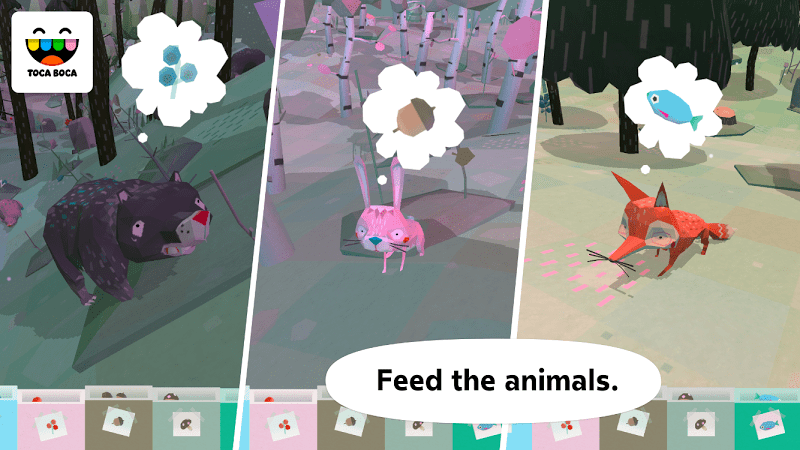 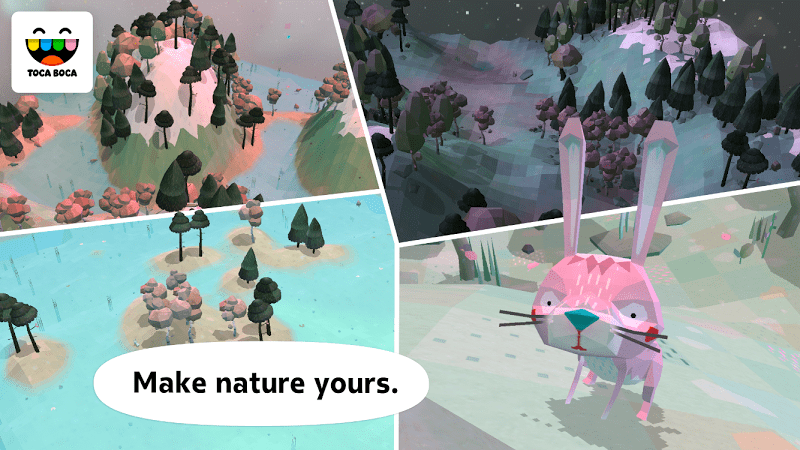 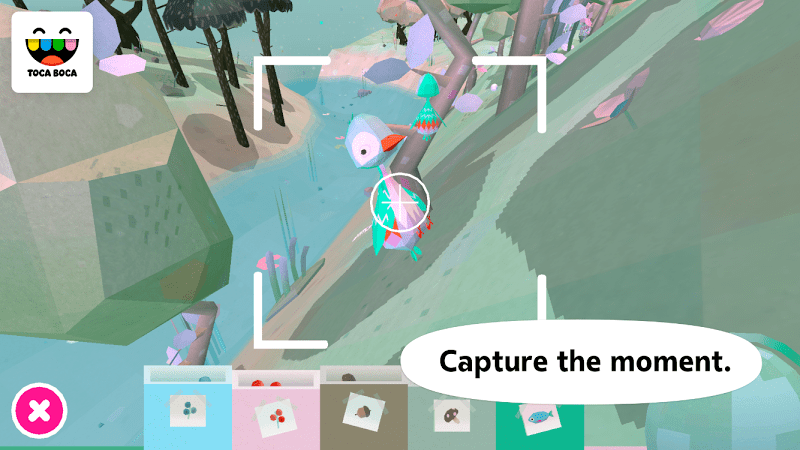 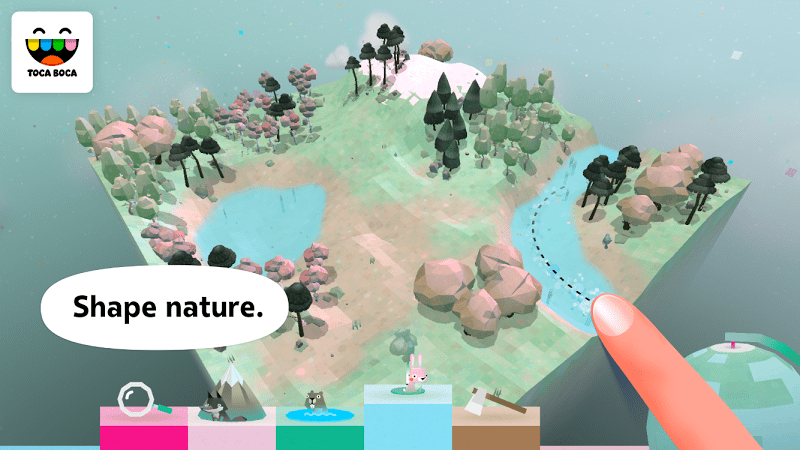 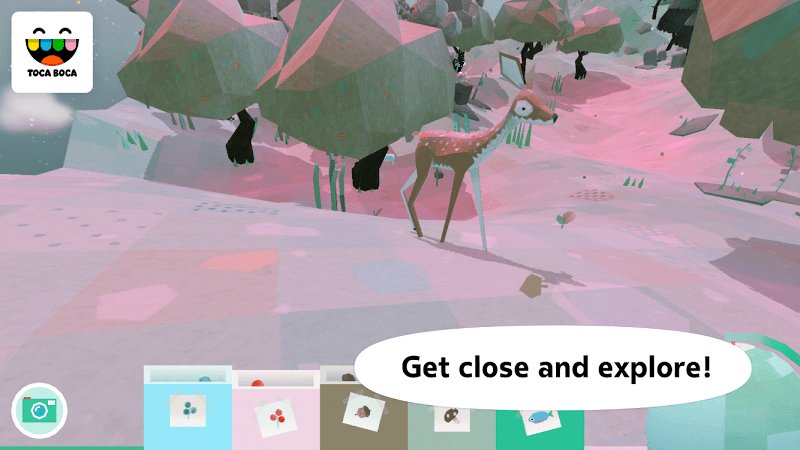 Toca Nature is another awesome game in the whole ”Toca series”. They did a wonderful job containing so many games focusing on the main audience of kids/teenagers.

Toca Nature is more like the exploration of nature itself. Kids will have a chance to step into the world of ecology, natural habitats, and plant life for sure. They will have the ability to design and observe their own unique and awesome nature. This game sort of reminds me of a younger version of me who likes animals and nature a lot. It’s a shame that this game wasn’t published by the time when I was still a kid. As a kid, I’m always adventurous and always willing to take chances and make mistakes. For someone, like me, who has a lot of experience getting in contact with house pets, it would be just more fascinating if I can learn about nature and all those other lives out there as a kid in this world with curiosity. So this game is most definitely a game I would recommend for kids who are into life and nature to play and kids will for sure benefit more than a documentary shows but in-depth with their mind and more enculturated studying about nature.

If you want to teach your kids about nature, this game won’t fail you as well. They can tell you within a short period of what they see, such as, what types of animals prefer what kinds of food, and what natural habitat they are most suitable with. Also, what’s gonna happen if they chose to “take away” something from the mountains which is quite realistic and inspiring. It will raise kids' awareness of their surroundings and make them look at all those amazing places in nature. This game reminds me of another world well-known PC game called “Planet Zoo” It’s different but similar since Planet zoo only focused on the zoo itself but both games will make kids and players obsessed with the world of nature.

The game itself will allow kids to rotate around and it’s like a creative mode that will allow you to view the land whatever you wanted to view which makes the game quite explorable. They can even choose to tap on mountains and decide to build something upon them or just choose to erase the mountain. Of course, each action will lead to multiple scenarios and consequences. If a player chooses to build up the mountain high enough, you will probably be surprised by the snow and wolves that appeared.

A thing that I want to bring up is that this game doesn't have the reality of animals consuming one another which makes the game more kid-friendly but lacks some realistic perspective in there. Also, you will have to be able to make your habitat with enough functions and specific details to have creatures appear and for you to view because I don’t think a single kind of animal would want to live in a broken ecological system. And a feature that I like but also don’t like is that when you close off your game and reopen it again, the world you built will disappear leaving you a brand new one for you to explore. I like this idea because it gives the game more to play and more things to try on with surprises. But as someone persistent, I would like the saving option for my future preference to look at.

Overall, this is undoubtedly a good game that’s for all ages, and I would recommend downloading it right now on your phone!