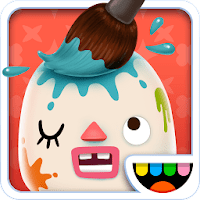 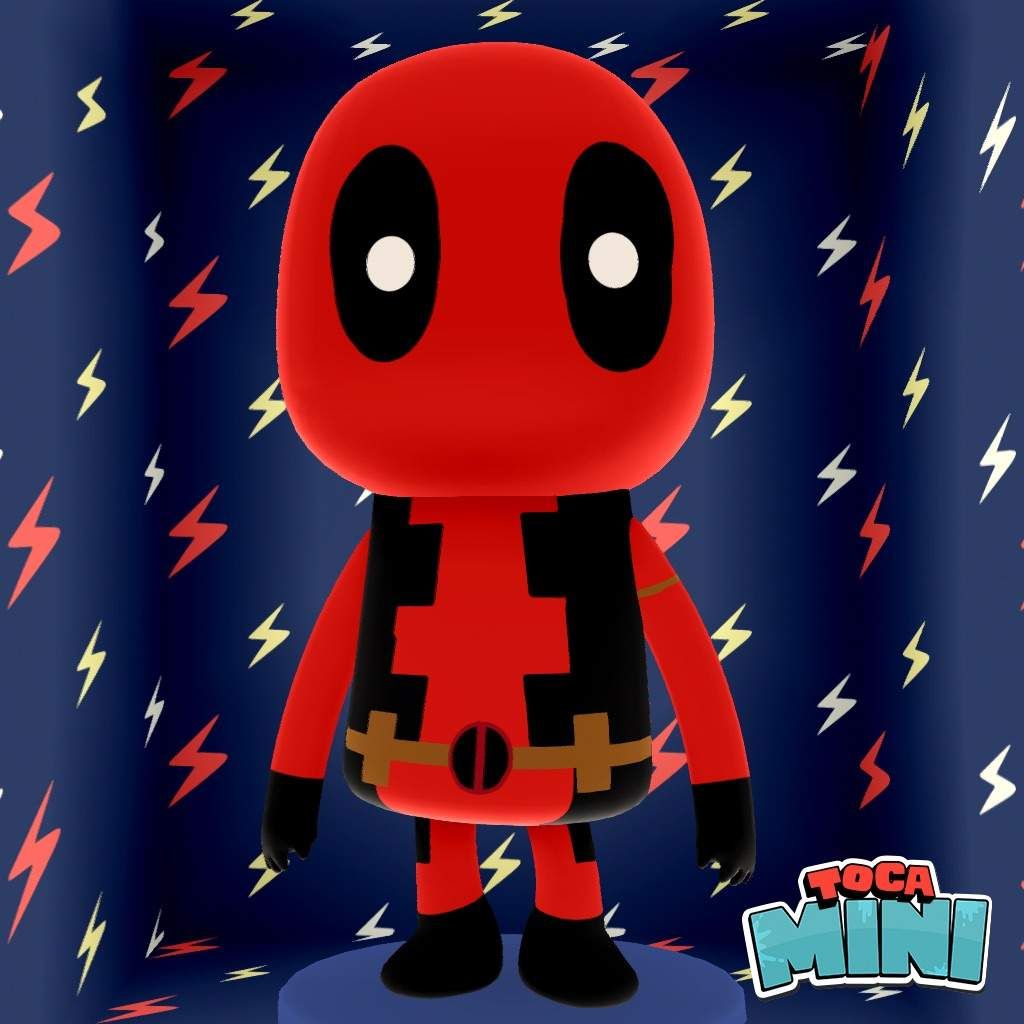 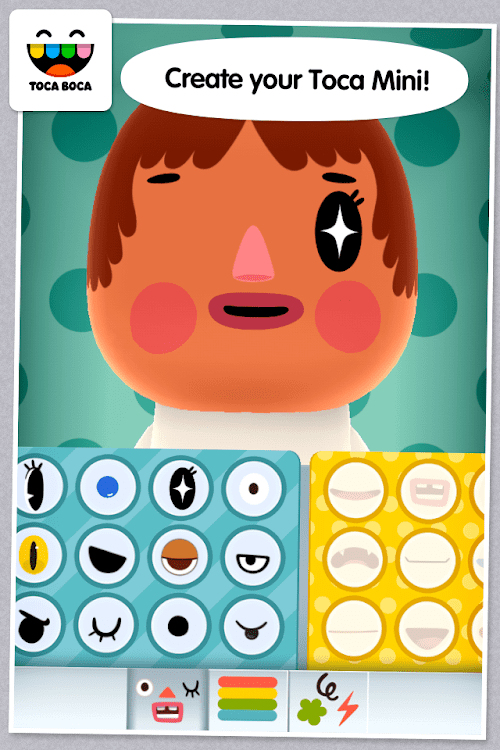 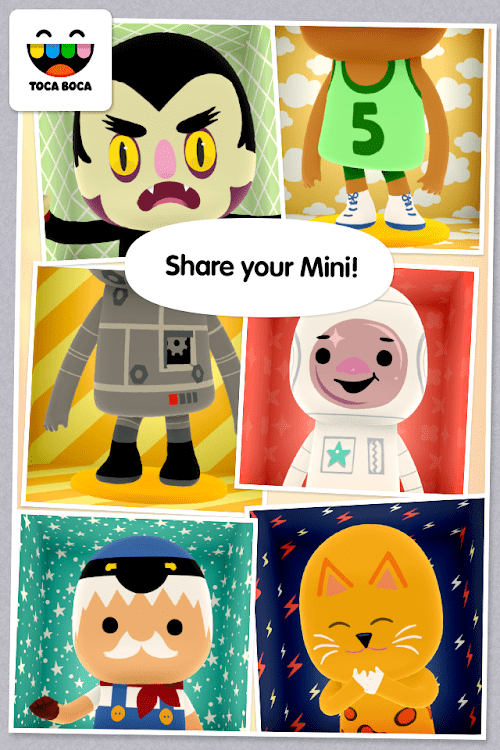 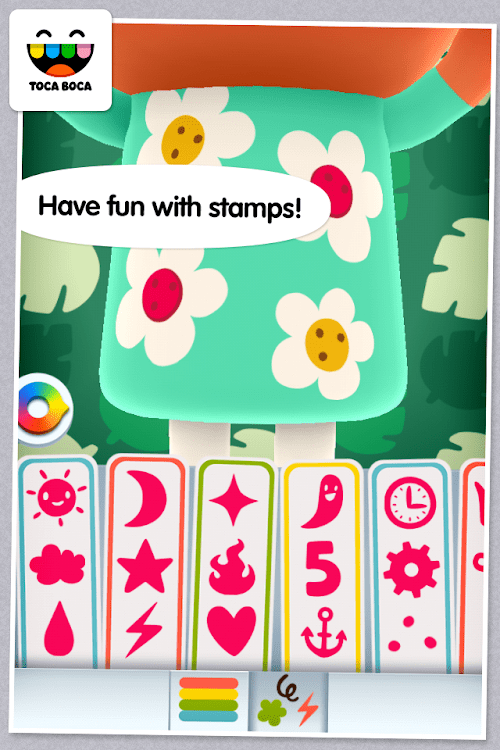 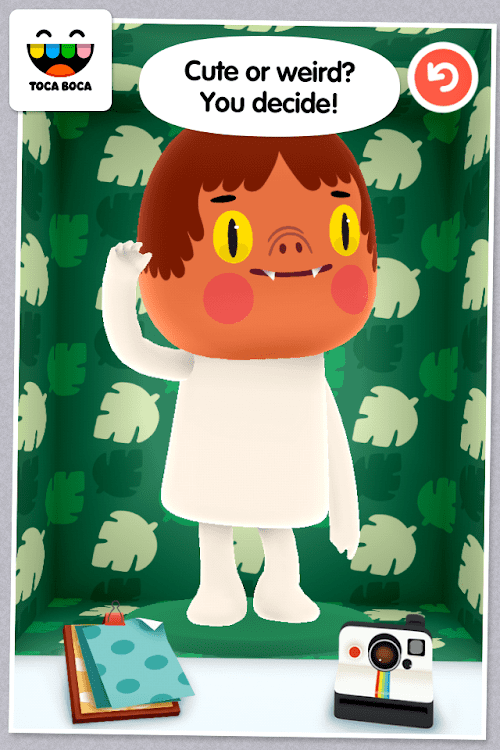 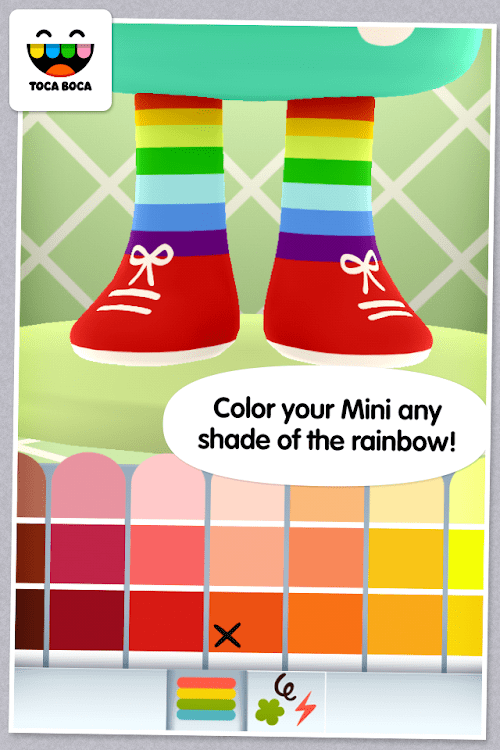 Toca Mini is a classic character builder game with unique touches. Kids will have the ability to choose the nose, hair, eyes, or other physical features a person has. It’s like building a Lego character and it’s fun to do. Toca Mini was downloaded millions of times around the globe and it's one of the safest, open-ended games for kids to try on. Now, let's get into the details of the game.

There are a lot of facials to choose from like eyebrows and you can simply add on by dragging the feature to your character. The things that make the character looks more lively and real are the constant blinking and the movement of the mouth which is the first time personally seen in a character game. I love this feature because it gives the character more characteristics than just being random someone.

I always want to make a character look different with tons of colors to give it a unique sense, so it’s your choice of making your characters with strong differentiated features or not. I like the details in the game but I would love the ability to personalize different elements of my character. The reason for that, it’s that it’s kinda difficult to make changes or delete details in this game. As someone who wants symmetry all the time, even a small flaw or a difference in the game can make me feel overwhelmed and desperate to make changes. If it’s gonna be hard to do so or practically impossible to do it would make me feel less connected to the game and my love for the game fades quickly. So as a fan of the game, I would like the developers to make the adjustment measures easier to handle and do.

Some other problem that I consider is that adding hair is hard, although the fact that games offer kids the choice of making their characters different skin tones with different colors. Anyway, this game is still an awesome game that people should play. The audio system with sweet language and the body language the game offers makes me appreciate this game because it’s well thought out for small kids to make them just simply have a good time in the game. The high resolution and smooth gameplay make me realize how exciting this game is because you will have access to use shadows to make your characters more realistic and have more connection with them.

A feature I would want the developers to think about it’s the interaction. Since the game, it’s restricted to certain characters so it would quite easy to add on interaction. Just, for example, a male character responds to the players by saying “Wow, heels, an interesting choice” when players try to have heels on the characters. It’s like the game of My talking Tom where a simple tap will make the cat talk. Those interactions will bring the reality of characters to a new level for the players to enjoy.

Overall, I like this game and the interesting detail that I find cool is the posture or gesture the game has after the creation. This kind of feature gives me a feeling like the characters are part of my life but as I mentioned in the last paragraph, improvements can be done to this game. This game is for all age groups who like creation and exploring different things. But even if you are not a big fan of creating your character, it’s wont to be bad to try out this game to build characters just to see if you like it or not.