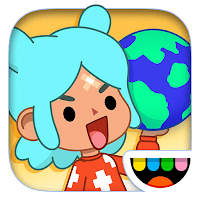 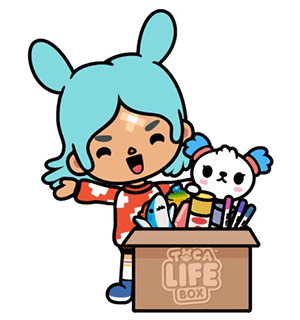 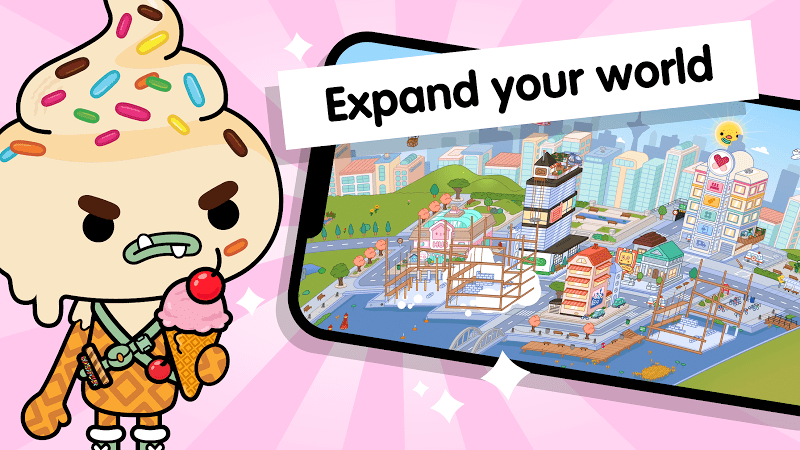 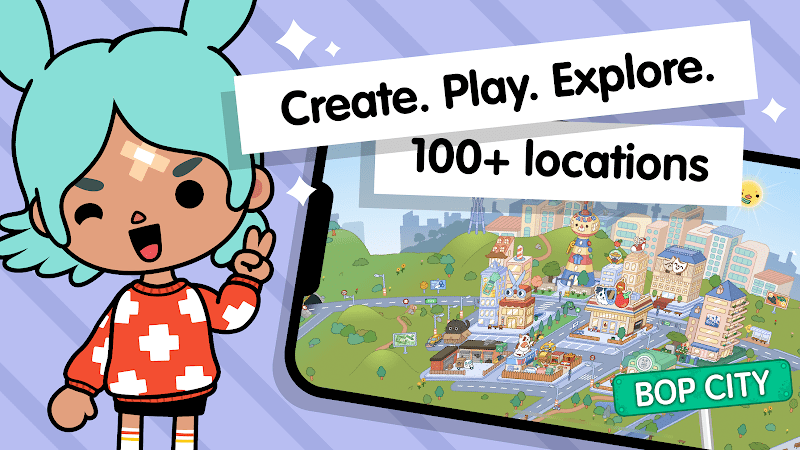 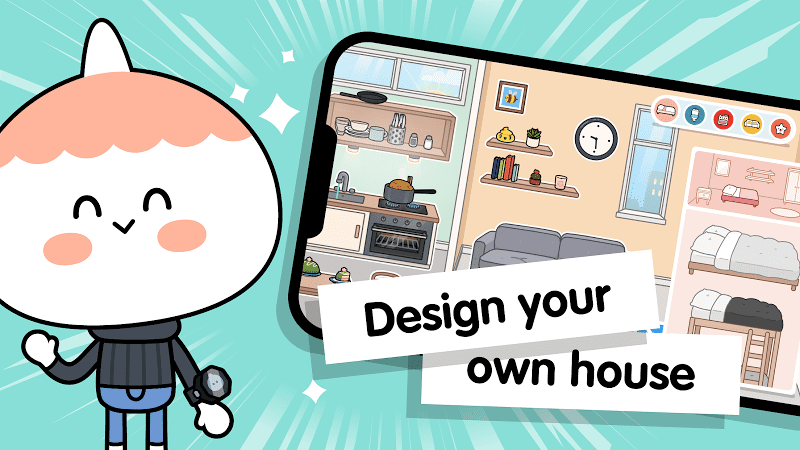 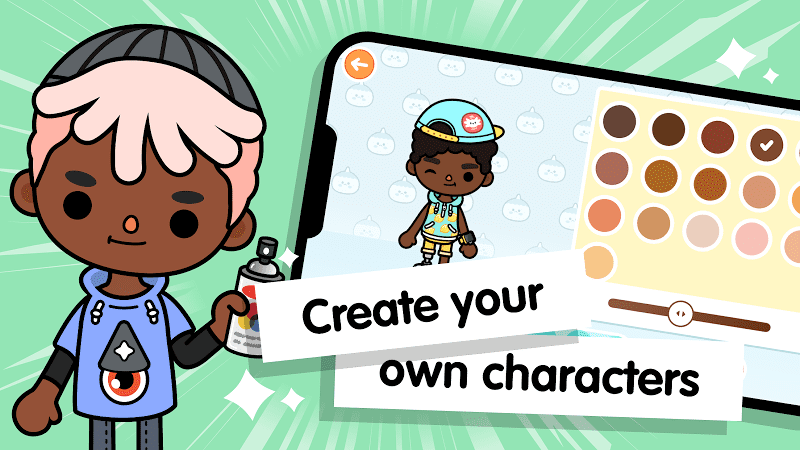 Toca Life World: Build stories is an educational game for children released by Toca Boca in November 2018. It mainly provides a fun and special world for players who are children, and in the game, players are free to create whatever they want. In the game, players can create their own characters and create stories. This educational game can greatly exercise children's creativity and imagination and can realize the freedom of children's imagination. For example, children can style their characters at the salon or befriend their neighbors. It can be said that this is a game where anything is possible.

As an educational game, its operation is very simple. It's a simple game for kids to learn how to play and is suitable for players of all ages. Toca Life World presents people's way of life in a very easy-to-understand way. Here, children can challenge themselves boldly. Therefore, the game has a rich type of character. Including people of various occupations, different animals, rich buildings, and even providing a variety of costumes and shapes for the characters of the game. Toca Life World is also very interactive. Children can go deep into this interesting world and explore and create. For example, in this open-ended game designed for kids, there is a game world in an old western town. It has an old west town in it. There is a salon, a town hall, and a grocery store in the town. Children will also see a house with a front porch, doors and windows, and a horse. Roughly, several worlds like this make up this rich and interesting game world.

As just mentioned, there are many places to explore in Toca Life World, such as barbershops, apartments, hospitals, restaurants, and more. In the game, kids can have pets, go to the hospital, or customize the appearance of their characters. In addition to exploring and interacting repeatedly, children can also purchase and unlock more Toca Life World game content. Then, there will be more new characters for children to play with. Toca Life World also has limited-time experience activities. In order to keep the children's game world fresh, more interesting special activities are introduced from time to time. Plus, with in-app purchases, kids can level up and get more play locations, characters, and pets. However, they can also choose to wait for the weekly free bonus moment and get an in-game gift. As children become familiar with the game, they will find Toca Life World exciting in the sense of freshness it creates as it continues to expand. So, there will always be new characters and new locations for kids to play in.

Toca Life World has vivid and clear graphics and a game interface. The characters and buildings in the game are colorful and very realistic, so it is very suitable for children to understand this game. Also, the game is highly replayable. Children's curiosity keeps them from getting bored easily with a game, so Toca Life World supports players to play it repeatedly.

If parents are looking for an educational game for their kids, look no further than Toca Life World: Build stories. It's a great virtual life game. It not only makes children happy but also makes children and even adults more creative in life. In the game, parents can see what their children express what they want to be. This is very helpful for understanding the inner world of children. Parents can also rest assured that Toca Life World is very safe. It only contains a kid-friendly meta and there is no chat feature in the game. In this way, the children are kept out of the danger of talking to strangers. So far, a large number of players around the world have experienced the game and have proven that it is safe, fun and creative.