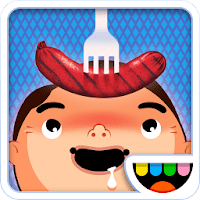 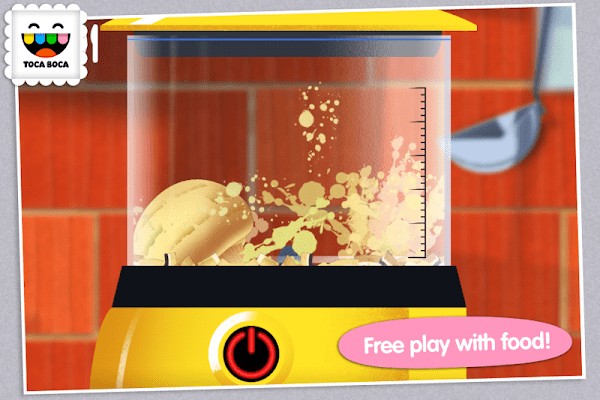 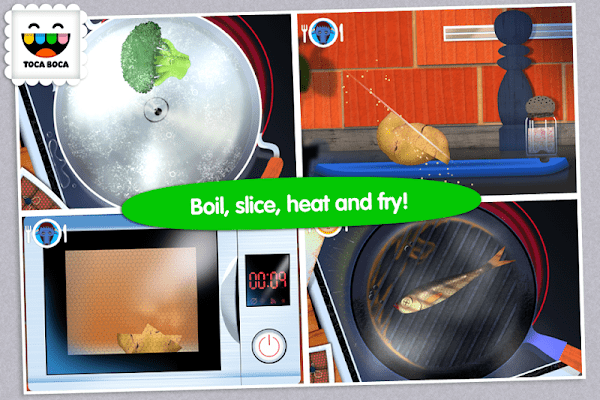 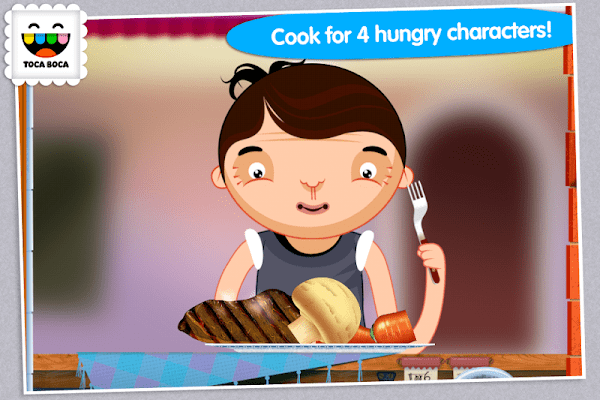 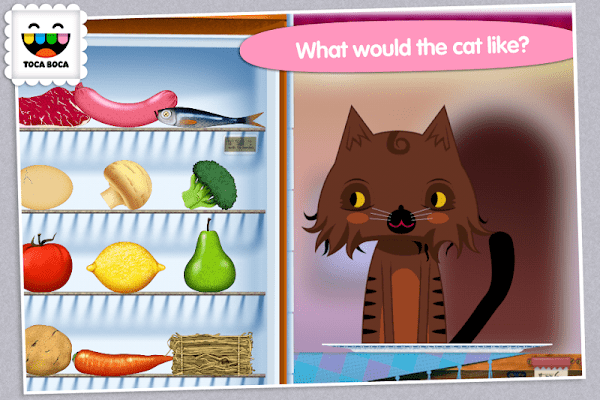 After being enchanted by Toca Tea Party, I was very excited to find out that Toca Boca has released an all-new game: Toca Kitchen! Toca Kitchen is a game in which Toca Boca mixes some of the best features from their other games such as Toca Life and Toca Car while bringing something new to the table. Toca Kitchen is an INCREDIBLY addictive game where you are a different kind of chef, rather than cooking in a kitchen. You don't need to worry about grease splattering all over the counter and giving you some serious burns; instead, you can play by making sauces, baking cakes, and decorating cupcakes. In order to master this cooking game, there are a few key concepts that you need to understand. Basically, Toca Kitchen is a cooking game where you take out your utensils, like knives and spoons, and walk around with them in order to make various dishes that end up being packaged and delivered to the customer. Sounds fun right? Well, you will be surprised at how much fun you have! The game starts with an introduction on which ingredients are needed to create different recipes.

The first key concept for this game is making food. You must be wondering how you make food! Well, let me tell you. In Toca Kitchen, to make food, you must select your utensil and hit the plate or pan, which will then let you pick an object that is edible and can be combined with another object. For example, if I want to make a sandwich, I would place ham on a slice of bread and place another slice of bread on top. So, after doing this, there are still a few things that need to be done. The screen will prompt you to put in something else in order to make it complete. This item is known as "Filler". If you want your sandwich to be complete, you must put some lettuce or mayo on it. This concept can also be applied if you want to make a cake or pizza! On a side note, you don't have to put an object on top of or underneath another object if that object is not edible. Your main goal is just to figure out what the filler should be.

The second key concept for this game is transitioning from making food to delivering food and then washing dishes afterward. There are a lot of different ingredients given and you have to play around with them to create new recipes, and when you have everything needed, click on "Create" to begin making the recipe. While making the recipe, you will have to follow instructions from the chef (who sort of looks like an angry T-Rex) who waits for your next move. After completing a few recipes by following the ingredients on screen and watching their processes, you will be able to present your dish at the restaurant's counter.

When getting ready for presenting the dish, you will notice that the ingredient order does not matter at all. It's quite hilarious to see the chef get angry for getting the wrong order. When presenting your dish, you will be given stars depending on how well you make your dishes. The more accurate and faster you complete the recipe, the more stars you will receive. Your final score is a total of your cooking amount - presentation amount - burnings. The different types of cooking you can do, Cooking in the kitchen, Making sauces, cakes, and decorations for other food items, Ended up with a total score of over 75.