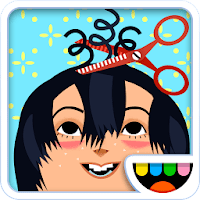 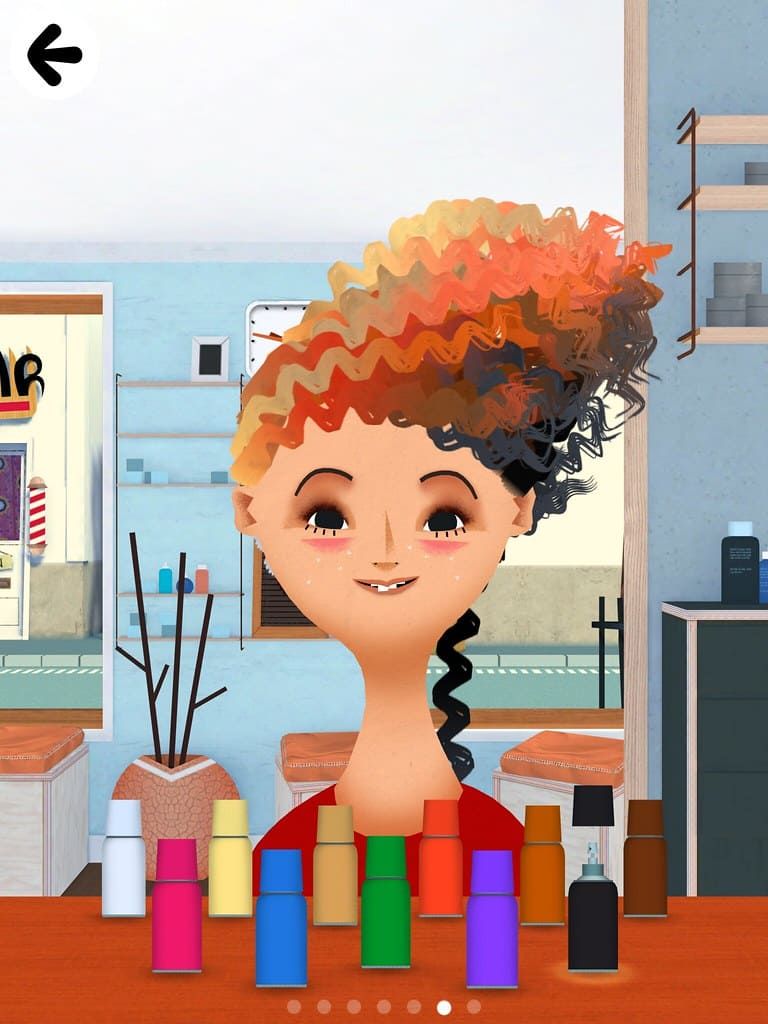 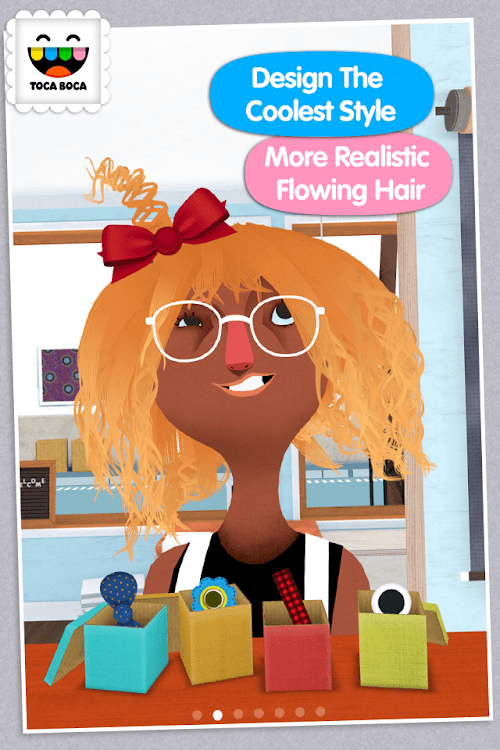 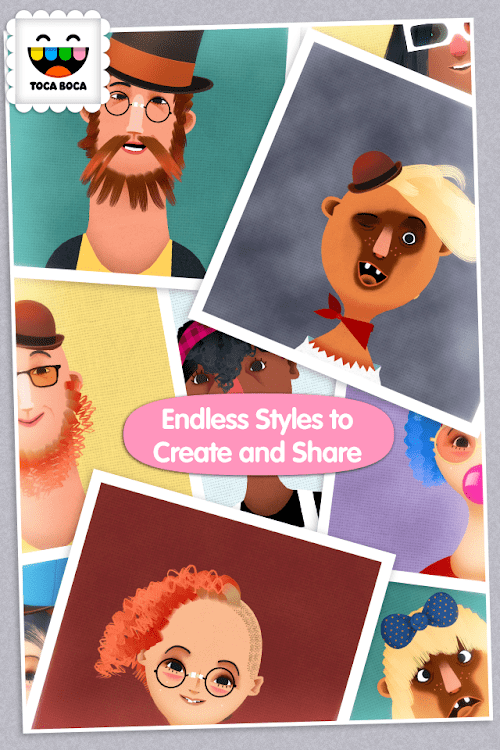 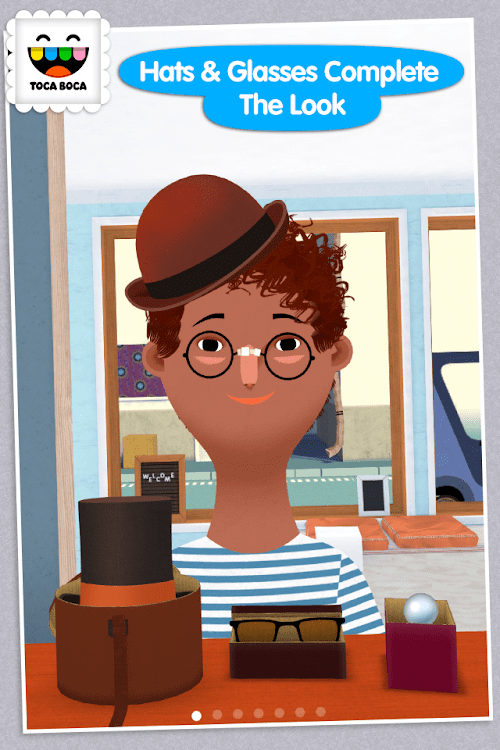 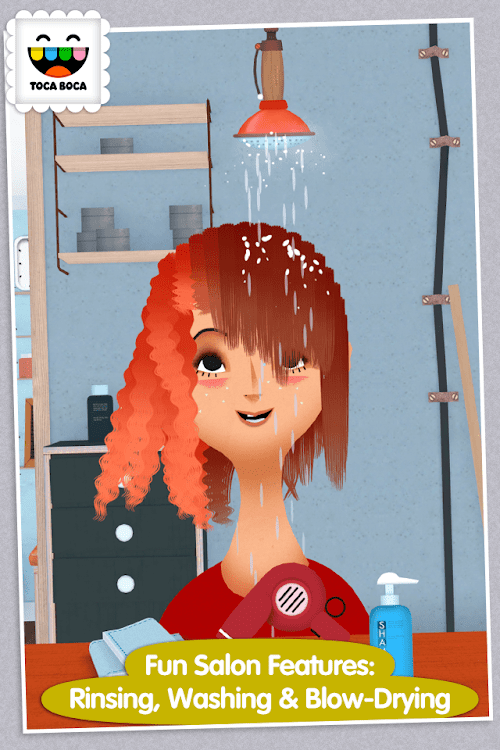 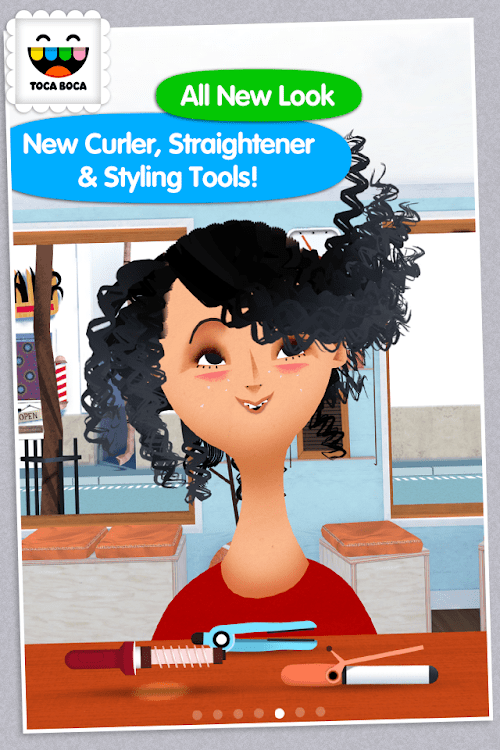 Toca Hair Salon is the older generation of the Salon series. This is sort of like the updated version of the first version of Toca Hair Salon. In the game, you have a chance to make different hairstyles son bizarre characters. It's a super creative kid app for your kids to play in a role of a stylist/ barber.

Yeah, so you will start with some basic model whether it’s a female or a male and you can build your ideas on them to see what’s on your mind and what you think it’s the best style they will fit into. There will be more than enough hairstyle tools for you to pick from. You can use a scissor or a blow dryer or whatever you think it’s the best function to make the style appealing.

The select and drag interface can be a little intuitive in my opinion, but it’s quite adaptable by players so you won’t be worried about your kids not getting it cause it’s simple enough to understand. The different accessories and personal items can also be selected from the inventory, so it’s more than enough options for you to choose from. You can have sunglasses, pretty hats, and bowtie to match the personality of your character.

This game is the same game someone might suggest this opinion from their perspective. Well, in my mind, it’s practically the same as well. There are more often tools being added to the game to make the game more playable. The character designs are more adequate than in the previous version and the overall gameplay is smoother. But it’s interesting to note that there were 6 characters in the original series, so the developer's choice to decrease the number of characters confuse me a bit. Iwould be more appreciated it more if more characters are being added to the game and the interaction between the character and the player would be a big step toward improvement for the game. Games nowadays are competing when their similar kind all the time, so if you want to be successful in designing your game, there have to be specific features or the overall gameplay attraction to capture players’ eyes.

Just like all the other Toca games, this game provides kids the freedom of exploring the world. Kids can use their creativity and their imagination to make styles for the characters. It’s like a playground of Salon for you to explore. This is helpful for kids to develop interest and to decide what they like the most. Whether you want to be a barber or a stylist, the game will provide you with all the relevant information. Toca Hair Salon 2 has a lot of amazing materials for players to explore despite some flaws I mentioned in the previous paragraph.

Although it’s not like in Toca Salon me where you can upload your personal or any pictures you want from your device, it’s still great from an earlier period. The game is still fun to play, for instance, there are quite a lot of things you can do with the hair, to make it curly, and straight and you will spend a decent amount of time deciding. Playing this game as an adult, I feel a lot of connection to my childhood and it sparkles a lot of old memories of me being a kid.