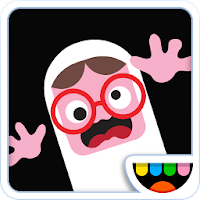 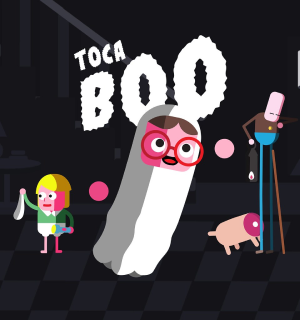 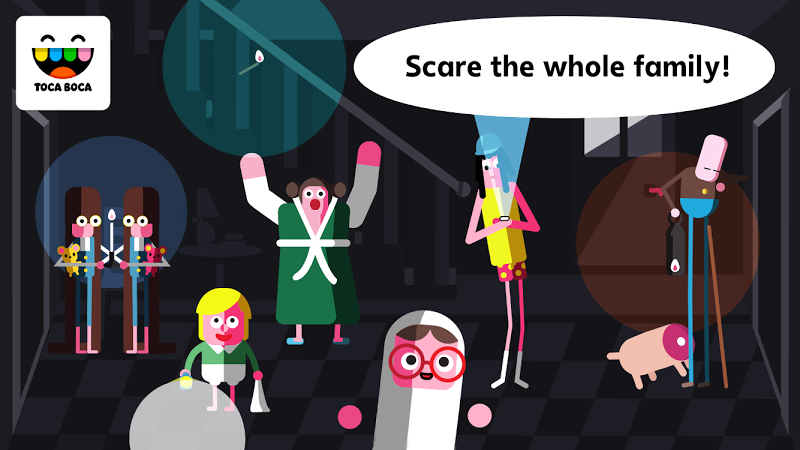 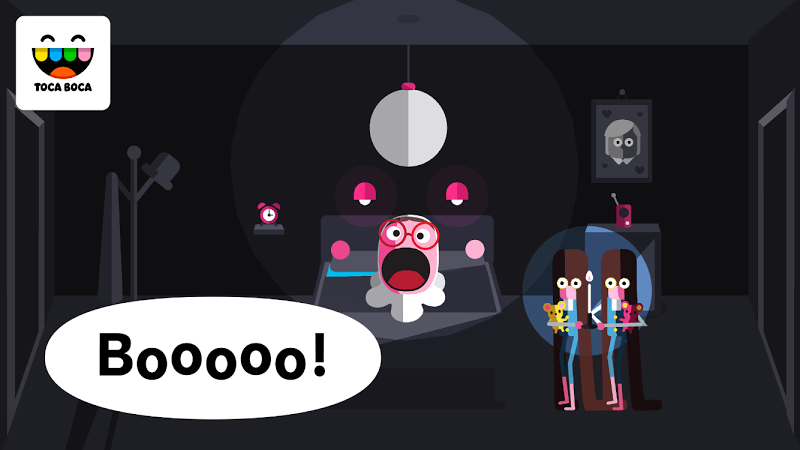 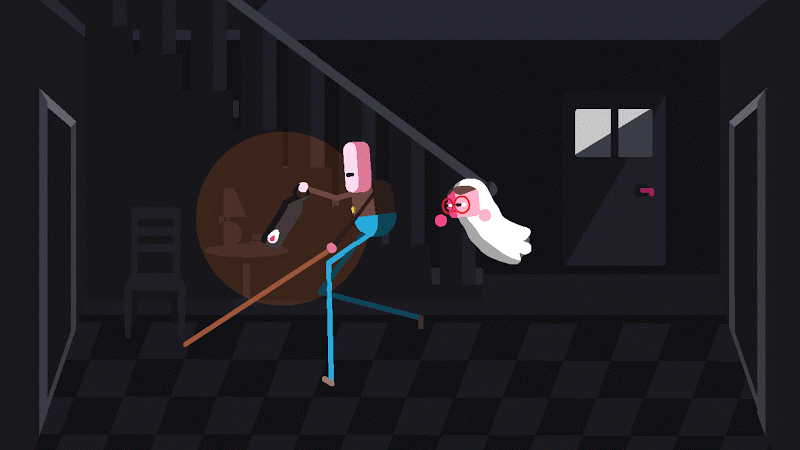 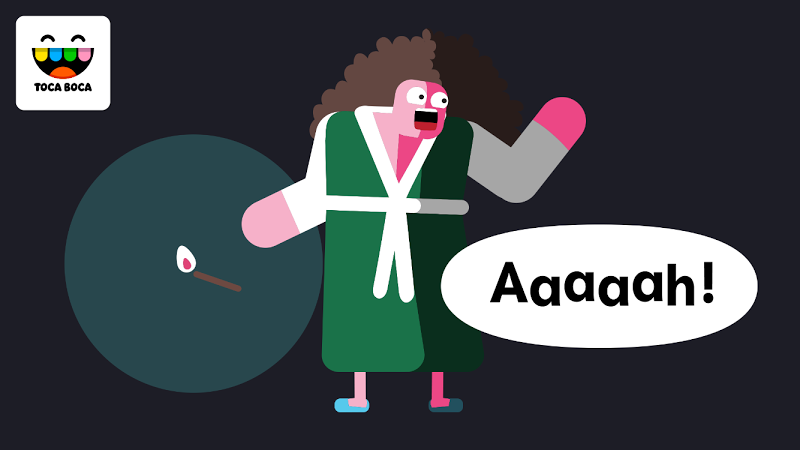 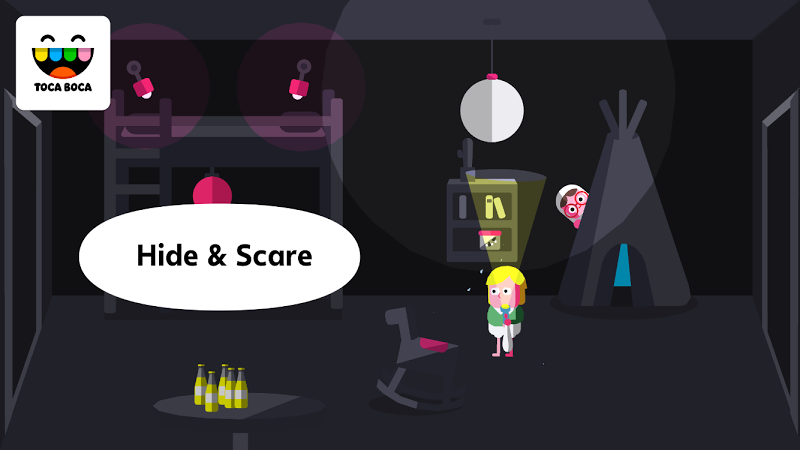 Toca Boo is a new app that’s a game that which the players will have to guide a girl disguised as a ghost to travel to a haunted house. You will have to find somewhere to hide so you can spook the freak out of the roommates who with their guards down. It’s surprising to see those cartoon characters have extreme reactions to this kind of uncertainty. There are 6 rooms with totally different explorable elements.

This game is kinda like a mobile game where you play hide and seek. The game did a wonderful job of detailing of surroundings because there are well-designed lightings to be exposed and you will encounter appealing food and you will have the human instinct of grabbing it and eating it. This won’t be good because coke will make your burp and chili will cause you to have trouble breathing. I love how they boldly use bright and complicated colors in this game which gives the game more background and details to help the player adapt to the environment when they just started playing. The use of shadows and the fact that this house has not had enough light sources will for sure increase the feeling of uncertainty and surprise.

As someone who gets scared by scary games like “Resident Evil” and “outlasts”, this type of kid's spooky game works well with my own unique “appetite” for scary games. I often get overwhelmed while playing large PC spooky games, so I would know that this game is well designed for kids because it’s not that spooky and it’s acceptable for all age levels.

This game can be enjoyable to play but it depends because not everyone is a big fan of spooky elements. It could be extraordinarily interesting for some kids because kids will probably be in love with a world that’s with those and those spooky elements they barely see in real life will make them realize how treasurable their time in the game is. But there are things that we need to keep in mind. Kids younger, for instance, preschoolers and kindergarteners will have a hard time accepting the game since it’s spooky and intimidating from their perspective. They will probably cry if they see something frighten them and I don’t think any parents would want their babies to cry and panic about anything.

The other thing about this game a lot of parents complain about is why would Bonnie, the main character the player play, be so happy about scaring her roommate that much. It gives a feeling of victory not gonna lie since she even starts those types of victory dances to celebrate. This won’t send a good message to the kids. There is a higher tendency for them to pick on others and think it’s a good thing since they are still in the premature learning phase. So a lot of parents have quite a bit negative attitude toward this game.

If you decide to try on this game, I wouldn’t hold you back since it’s a pranking cartoon game with a lot of fun and explorations. If you take time to think about the negative attitude I mentioned in the last paragraph, it’s more than that. Kids will be more adapted to a dark environment and their instinctive reactions toward fear. So in some perspective, kids will benefit from playing this game cause the game exercises their brains to function well in those unknown situations.

To conclude, the game itself could suffer from certain flaws depending on your attitude, but it’s most definitely a good start-up Toca spooky game for your babies and kids to try on even if you are a grown adult like me!