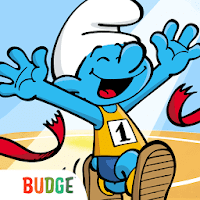 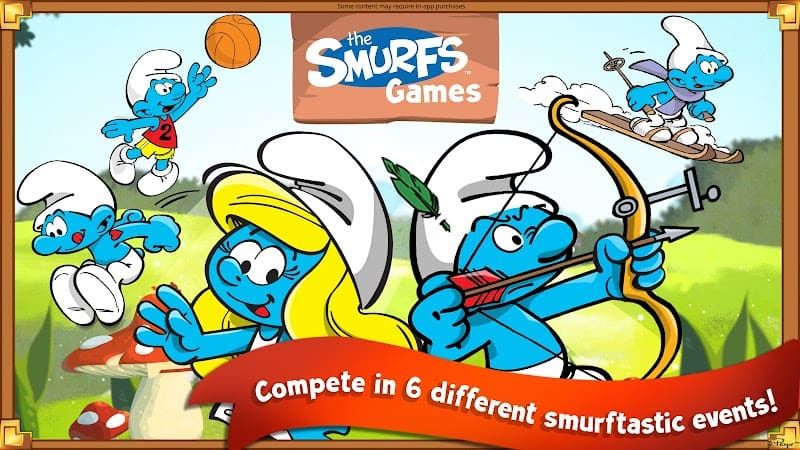 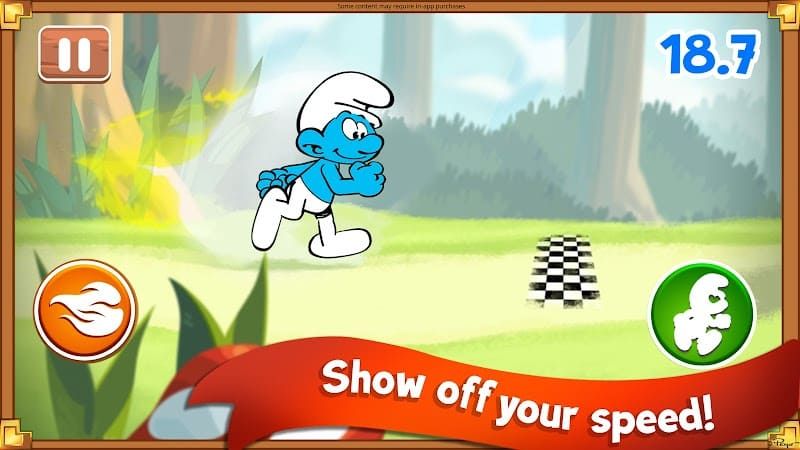 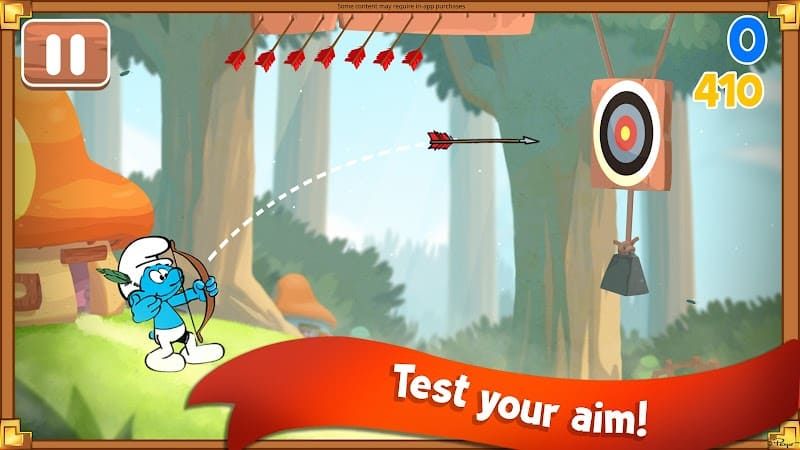 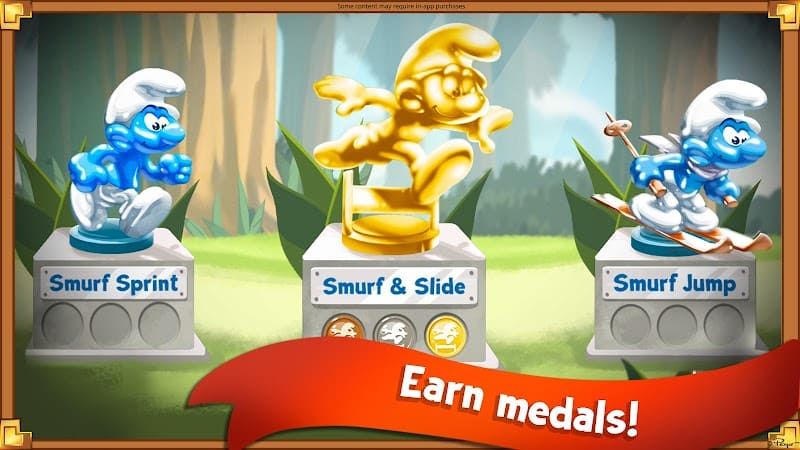 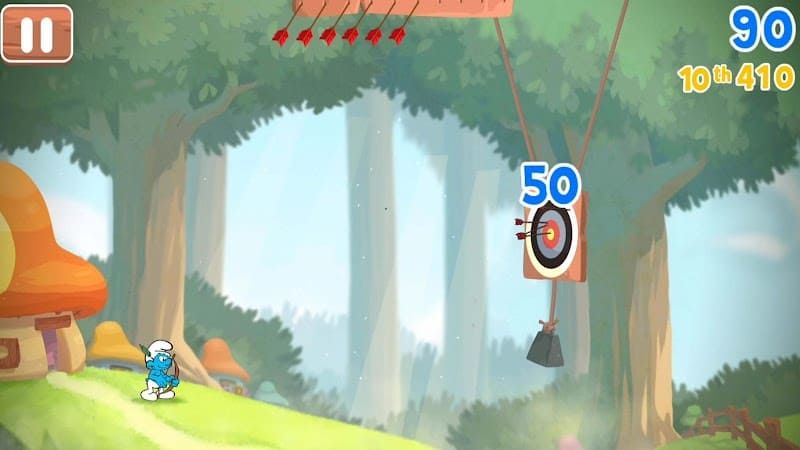 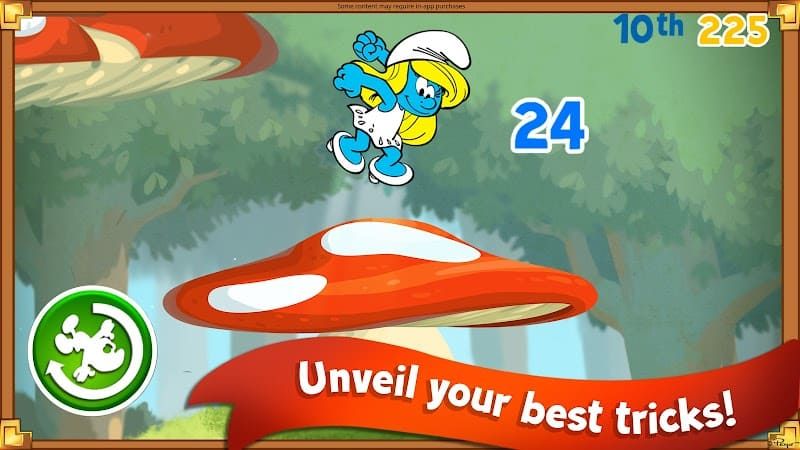 The Smurf Games is a free children's casual game developed by Budge Studios for iPad, iPhone and Android. Here are 6 exciting sports events that challenge players to try out their skills. As players earn medals, you'll climb the leaderboards and unlock new characters to play. You can also play with your kids and take part in a variety of sporting events from basketball to skiing. At the end of each activity, your child will receive a trophy medal. This game is a great way to build the player's concentration skills and hand coordination skills. The first casual sports game in the popular series The Smurf Games, if you are a fan of Smurfs or just looking for a sports game, I highly recommend you give it a try. If you grew up watching the Smurfs, you'll miss this game. From Papa Smurf to Smurfs, your favorite characters will appear. But this requires players to overcome the difficulties of the game to unlock new characters for you to use.

I'm happy that the classic Smurfs are gaining traction in the mobile gaming world through sporting events, I love the classic theme and the challenging casual game, I'm excited for the Smurfs, but can't be unlocked new game content without spending money, only 2 games are free. I need to pay for the rest. Some of the games were also difficult, which made me irritated after repeated unsuccessful attempts. But everything else is great. If you love popular online and mobile games, The Smurf Games is for you, where you play through challenging levels, jump into new sports, and unlock new characters. If you are a parent, remember to take your child to learn about the story of the Smurfs and start these classic sports mobile games with your child. The Smurf Games game currently has a 4.0-star rating on Google Play. Rated 4.3 stars on the Apple Store. It has good user reviews and satisfaction overall, except for the mechanism that it pays to continue new content. If you are willing to spend money or are willing to play free games repeatedly, you can play it with confidence, its game content and quality are worth it.

In The Smurf Games, players can win medals in six sports, including Smurfs Sprint, Smurfs and Slides, Smurfs and Arrows, Basket Smurfs, Ski Smurfs, and Smurfs. In addition to being able to participate in 6 different Smurf events, players can also win medals and move up the rankings on the event leaderboards. In addition, there are more than 20 blue cute sprites with special skills waiting for players to win and unlock. Also, earn all the medals to unlock Hefty, the best intuitive touch and tilt-based gameplay in every sport, a must-have for players.

Visually, The Smurf Games has the same great art style the series has always been known for. Its character design is just right, and the in-game animations and special effects are spectacular. But one downside is that players may encounter some technical difficulties. For example, the game sometimes freezes, which affects the overall experience. Although it doesn't happen often.

Overall, The Smurf Games is a simple and fun cooking game; it has beautiful graphics and the smurfs' charm. You won't be disappointed. It's a great game, more for the joy of the kids. While it has some downsides, it's not enough to overshadow the value and charm of the game. If you are a parent, this is an unmissable game that will keep you and your kids entertained.

It's worth noting that The Smurf Games is free to play, but real money will be charged to unlock new games. Also, this app may contain other apps not related to this game, which are available through in-app purchases. In-app purchases require the user to pay real money. So, players please avoid or adjust in-app purchases or change your device settings. As for whether the game itself is worth your money, you still need to download and experience it yourself. At least the download and the first two levels of the game are free, so try it out. For fans of the Smurfs, now is the time to relive the world of the Smurfs and join the fun game of sporting events. Come download this game and see how far you can go and what trophies you can get.