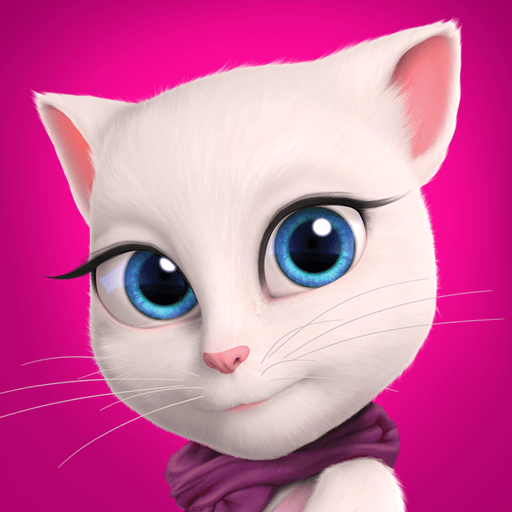 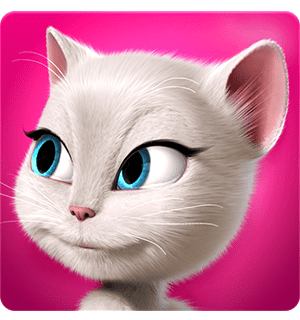 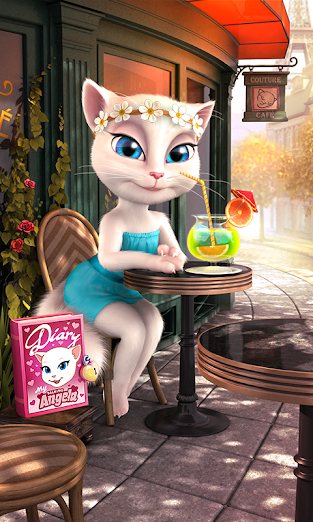 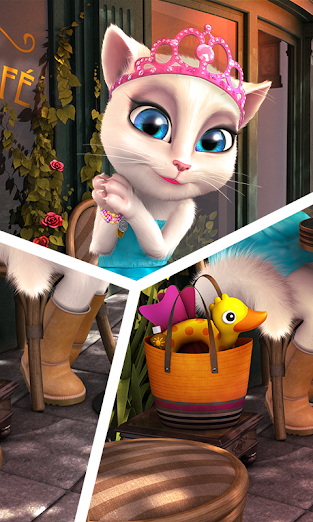 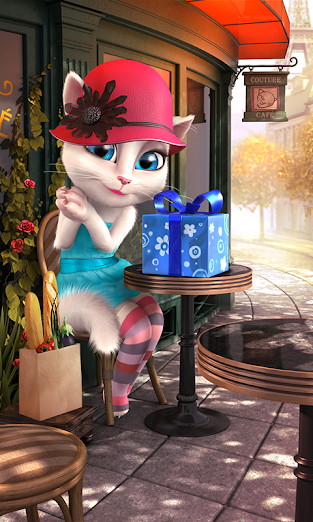 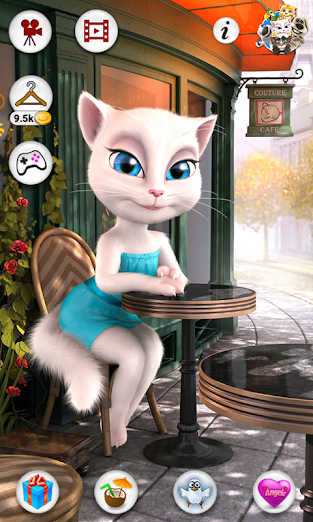 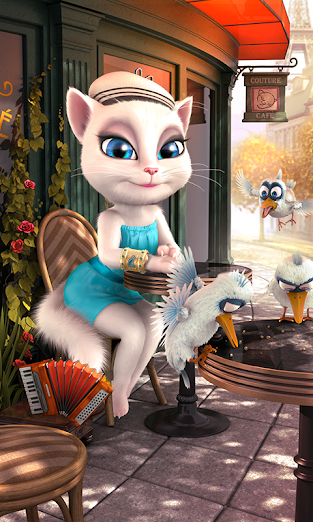 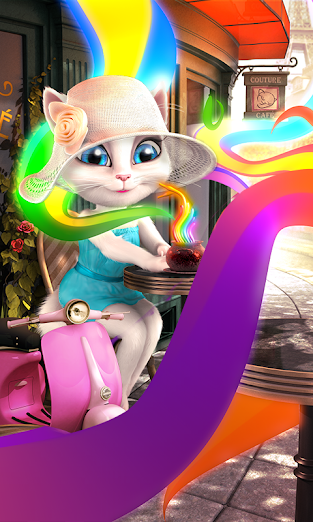 Talking Angela is a chatbot application developed by Slovenian studio Outfit7 as part of the Talking Tom and Friends series. Set in the romantic and fashionable city of Paris, spend a happy and romantic time with Talking Angela, a beautiful white cat who lives in Paris, is a fashionista and wants to be treated like a princess at all times. In Talking Angela, Angela sits elegantly at a table outdoors in a Parisian cafe where you can sit face to face with her to chat, drink cocktails and experience this special moment.

Like many similar apps, Talking Angela can interact with the user in a variety of ways: she repeats what the user says to their device's microphone in her tinny voice; she can read facial expressions and respond if the user's device's camera is enabled; she responds to being touched or poked with screen taps and swipes and gestures; and when the user turns off child mode, she can even engage the user in a bot text chat. To chat with her, you can enter text to get things started. No matter what the topic is, Angela will answer you with voice and text. You can even ask her to tell you a joke, sing you a song or buy you a drink. But chatting with Angela is only available in English.

Besides chatting with her, you can have more fun with Angela such as petting her, poking her to see her angry side, letting Angela read fortune cookies to you, surprising her with gifts, picking out clothes and makeup for Angela. You can even smile at her or make her happy. If your phone has a front-facing camera, you can also communicate with Angela through facial expressions and she will understand you. You'll spend most of your time with Angela, but you're not alone in a city full of love, fashion, and magic, and you'll see lots of familiar faces!

While the app is fun, it has received a lot of flack since its release. in February 2014, Talking Angela was the subject of an Internet hoax claiming that it encouraged children to disclose personal information about themselves, which pedophiles then ostensibly used to identify the location of those children. The rumor, which circulated widely on Facebook and various websites claiming to be dedicated to parenting, claimed that the game's protagonist, Angela, used the game's text chat feature to ask game users for private personal information. Other versions of the rumor even blamed the app for the children's disappearance or claimed it was run by a pedophile circle, while some even claimed that users were recorded by the camera and could be seen in Angela's eyes.

However, all this misinformation is completely unfounded and I also think people should take this rumor seriously. I mean, it's just a rumor! It hasn't been proven to be true. And I've spent some time testing this game and haven't found any signs of the absurdity that the rumor suggests. In my opinion, Talking Angela is a good game. With this app, you will feel as if you have a feline companion by your side all the time. At least when you feel lonely, it allows someone to talk to.