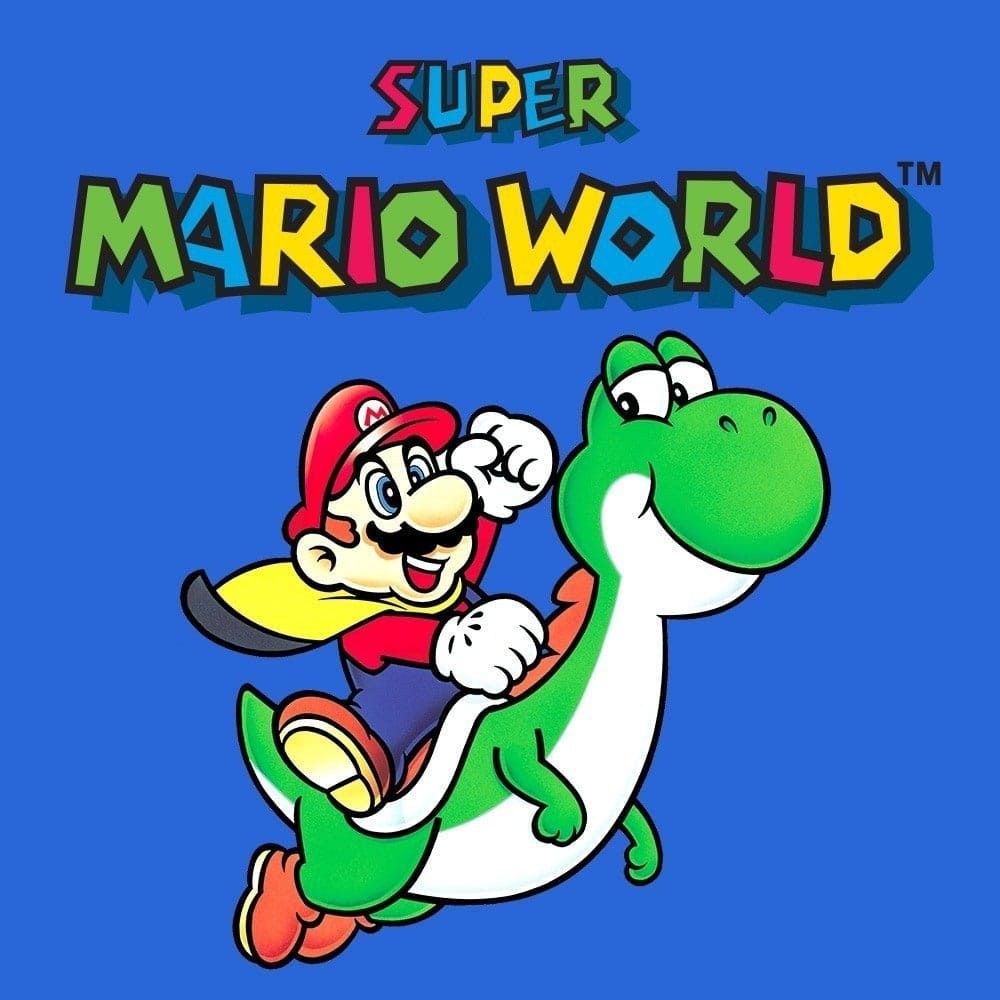 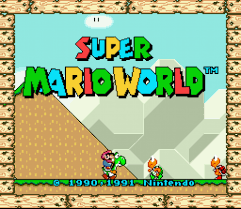 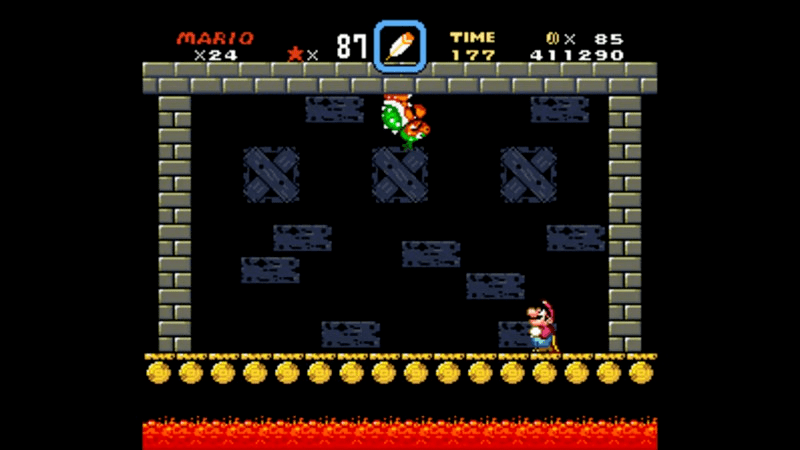 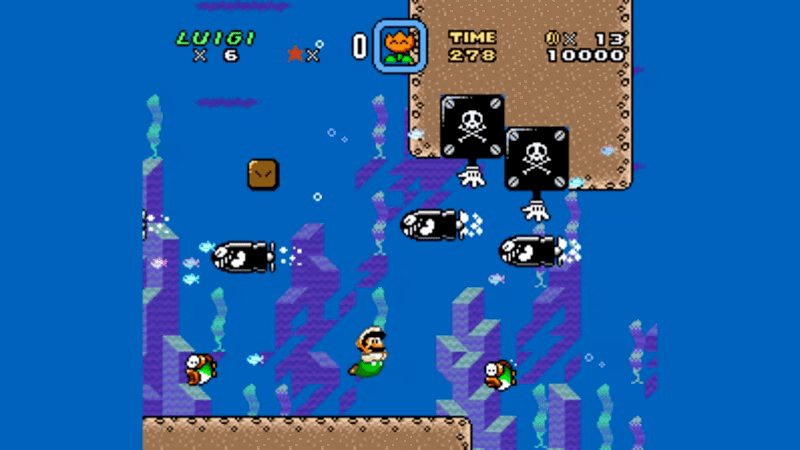 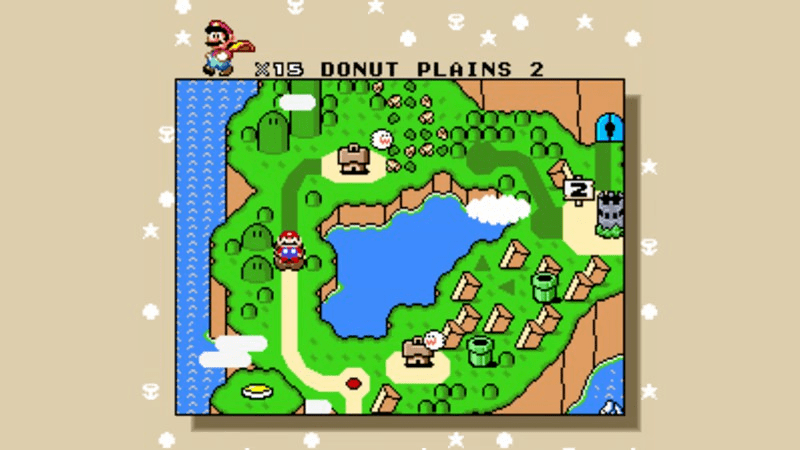 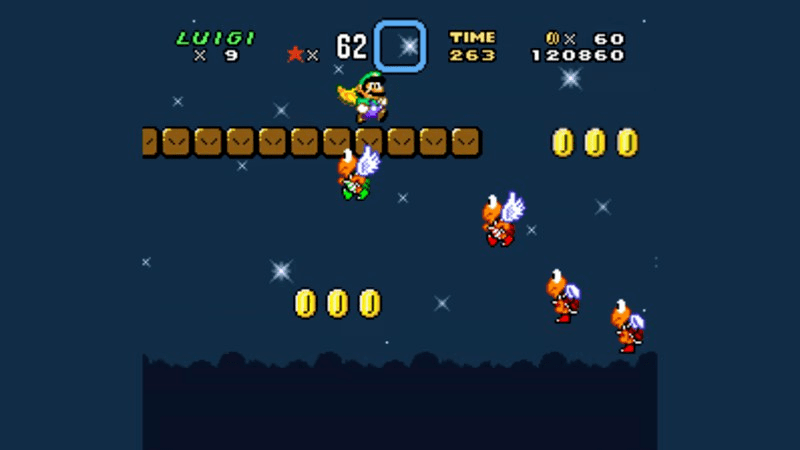 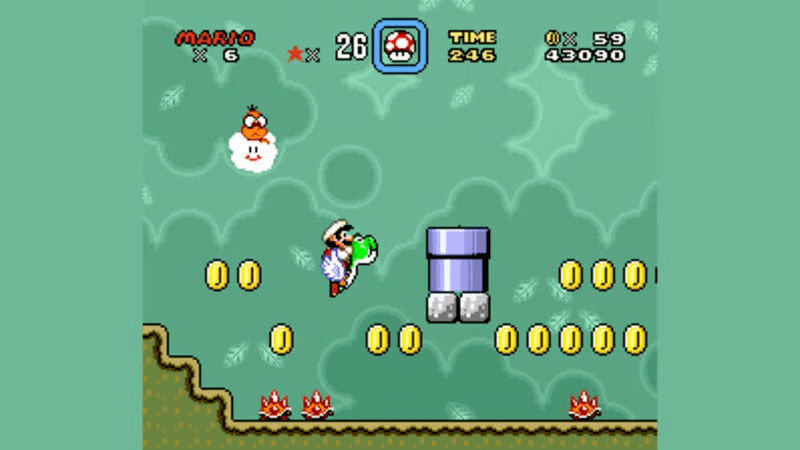 Super Mario World is an impressive video game. And I don’t have to mention how great the Mario Series is, for instance, it’s the readers’ votes for issuer 150 Retro Gamer magazine. It’s the number one side-scrolling platformer game on the list. The game is set place in the dinosaur world with donut plains and cheese bridge and I love those names and the designs for it. Because this makes me feel like the developers are trying to mix the game with real life and who doesn’t like to lay on the cheese bridge while eating the “bridge” at the same time.

Each part of the map and background environment is well designed in excellent graphics and resolution. The game also has more than just simply challenges and different levels to pass through, it also has more to offer. It’s just a delightful-looking game with visual details and the vibrant color it appears to the players. The cuteness in this game makes my day every time I look at the smallest details. The small but fast steps small Mario is making while running and so many things related to the Mario world. It’s just relaxing and awesome to play this game at any given time.

The background music and audio effects are outstanding as well with completely different instruments and melodies. I love the mood set up for different settings because the developer did an extraordinary job to ensure each piece of music has been placed in the right place corresponding to the general norm of the story and the background environMent. The Mario Series doesn’t stop after its great success but the developers offer more ideology and great designs for the players. You will see Mario flying and diving bombing his enemies. It’s just interesting to see how different generations of Mario differ from one another.

Oh, the control and the basic physics in the game have not been brought up by me because it’s a total pleasure to spend time controlling the character to do what we want them to do in the game. You will be able to turn, jump and do whatever you want with no restrictions or feeling laggy while playing the game. The other appealing part of the game, i’s the hidden path of the game. Because you will be able to either unlock the secret world with the concealed key or take on one of the secret routes to somewhere you have never been in the game. The game is full of surprises and also gives the players quite a lot of different outcomes. If you are someone who likes mysteries and exploration a lot, the Super Mario World game will give you everything you ever wanted in a game.

Even if you are done with the main game but the game makes want to go back to it more because there is so much you could miss out on your way to finishing up the game or just simply more things for you to explore. The save function in this generation is easier than the others and you won’t be worrying about your progress while closing your tablet on accident or having to leave for a while. It’s a great feature for someone like me because I often have things to do that pop out of nowhere so it’s quite beneficial for me to just simply save the game and get back to it while I’m free from all the other things.

To conclude, it’s a great game worth its name and reputation. You will have a good time playing the game after a long day but always remember to make sure you are involved in the Mario World!