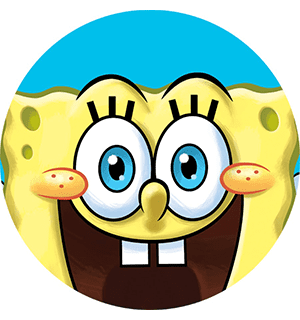 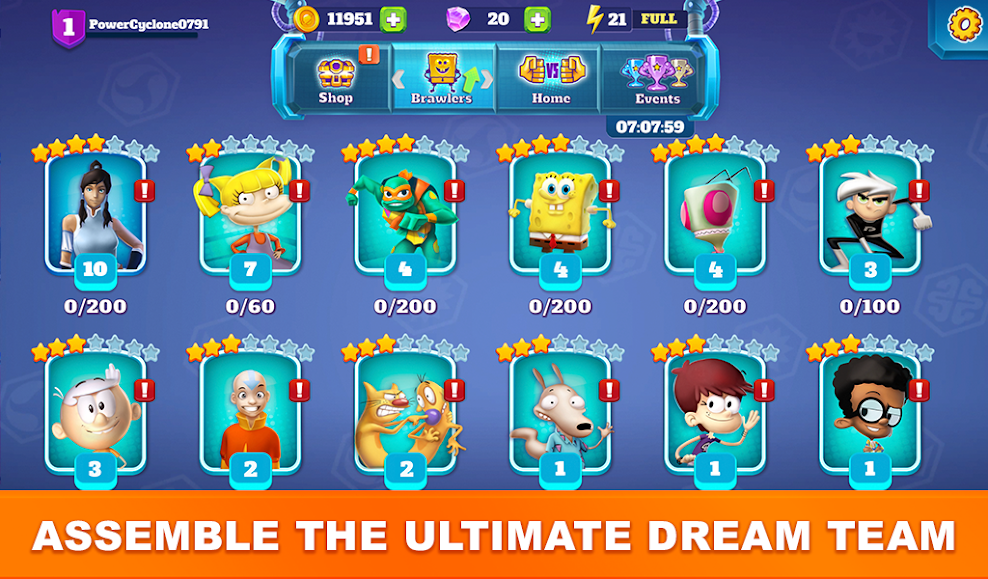 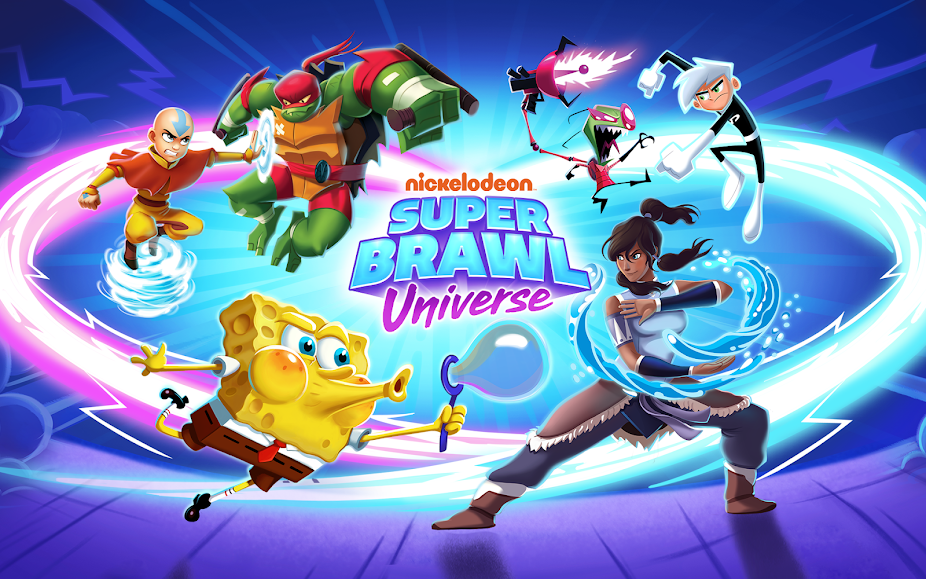 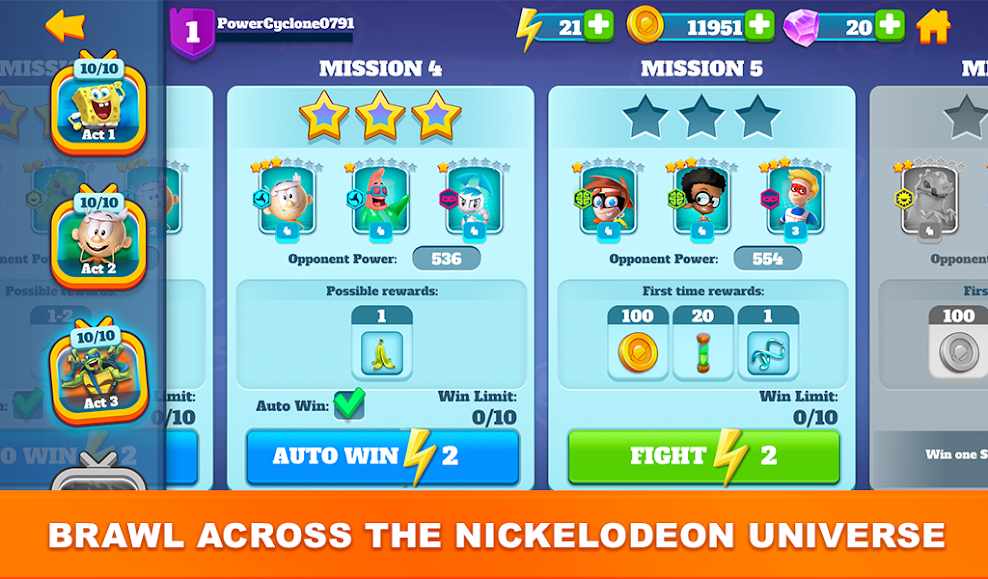 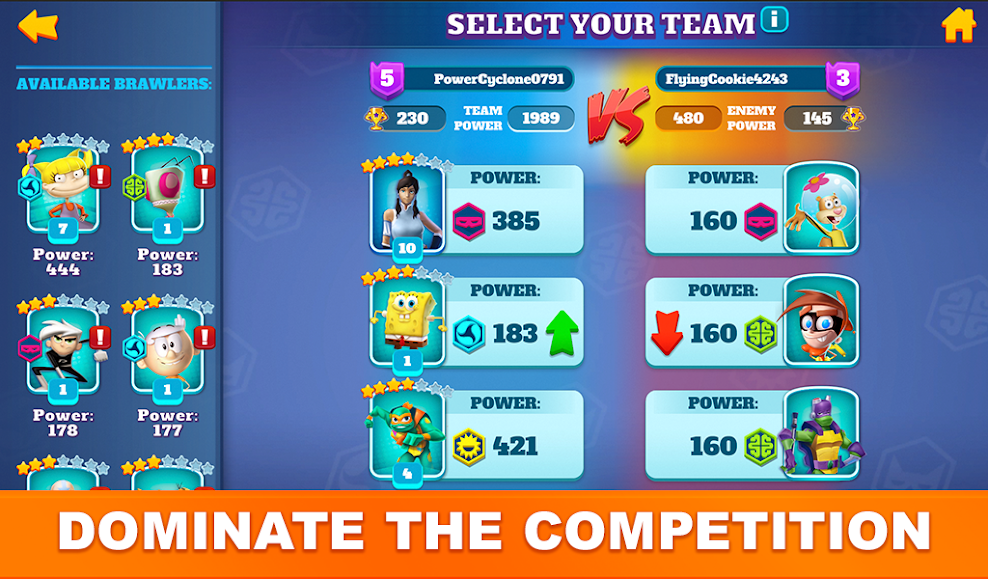 Super Brawl Universe is a fun fighting game, and its fun is reflected in the fact that characters throughout Nickelodeon's expansive universe have received invitations to participate in Super Brawl. Unleash awesome super moves with your favorite Nick characters: SpongeBob, Invader Zim, Kid Danger, Danny Phantom, and lots more! Battle it out at the Krusty Krab, the Loud House, the Avatar Air Temple, and all the other incredible locations.

The goal of the game is to win battles, whether it's a quick one-on-one or a more competitive three-on-three, you need to win. Winning three 1v1s in a row will earn you a basic treasure chest, and winning multiple 3v3s will earn you more delicious rewards. These rewards include new characters and pieces to upgrade your current team. There are multiple game modes in Super Brawl Universe. In Tournament Mode, you advance through a series of levels, fighting increasingly powerful opponents each time. Another very interesting game mode is online battles, in which you can fight against other players.

The right side of the screen is for attack and the left side is for defense. Swiping your finger on the screen allows you to dodge attacks or use special moves. If you press and hold on the right side, once your meter is full, then you can perform a special move. This means that if you see your opponent running towards you, then you should hold down and then release as they approach. At the top right of your screen, there is a red circle under your opponent's health bar. When this red circle is full, it means that your opponent will be ready for their special move. Depending on the strength of their character, getting hit by this super attack will end the game. Therefore, when the red circle is full, block and dodge as much as you can.

This means that if you know enough about your opponent's special moves, you can make more effective blocks and dodges. You can clearly see all the brawlers available in the game at the moment when you go to the Brawlers tab. Once you start collecting them, fight with each and every one of them to learn which are their special moves as well as the weak points. Always try to exploit their weaknesses and try to block and avoid their special moves as much as possible to win the battle more easily. When you are matched with an opponent, you will see their score below their hero's avatar. There, you will see the difference between yours and theirs. Don't give up even if the gap is big, winning all depends on small details like blocking, breaking blocks, and attacking at the right time.

Don't expect to get better from every fight you win or lose. Instead, try new moves, combinations, and tactics to defeat your opponent. If your moves and attacks are predictable, then you will be easy to beat. When your health is low, an effective combo is to dash forward for a hit, then swipe left twice to dodge. You can risk staying around for another hit or two, but sliding backward twice means you are out of range of their attacks. Try to always stay aggressive and determined to win, because every situation can work in your favor! Take your chances and seize them!

In addition to the intense and exciting combat, the most attractive point for players is the collection of characters, after all, many players initially came to collect their favorite characters. As the game progresses, you will gradually unlock many characters, and you can upgrade them further. To upgrade your characters, simply go to the top of the screen and click on the SpongeBob button. There you will see the collection of characters you have acquired so far, as well as the characters on your team. Click on the character you want, and once you've collected enough pieces of that particular character, you can upgrade it. I don't recommend upgrading every character you unlock, especially if they are common or weak. You can preview how much improvement an upgrade will bring, so if it doesn't come close to breaking the top three, then save your Slimes. Keep upgrading your most powerful characters and saving your Slimes.

Overall, Super Brawl Universe is a super fun fighting game with a huge selection of characters and amazing graphics. The game also includes a wide variety of scenarios and game modes. If you're a fan of fighting games and Nickelodeon, then this is the best choice for you!