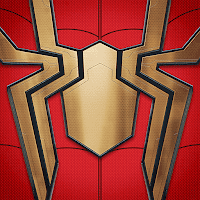 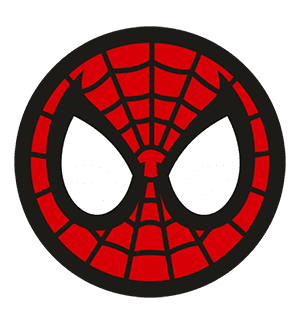 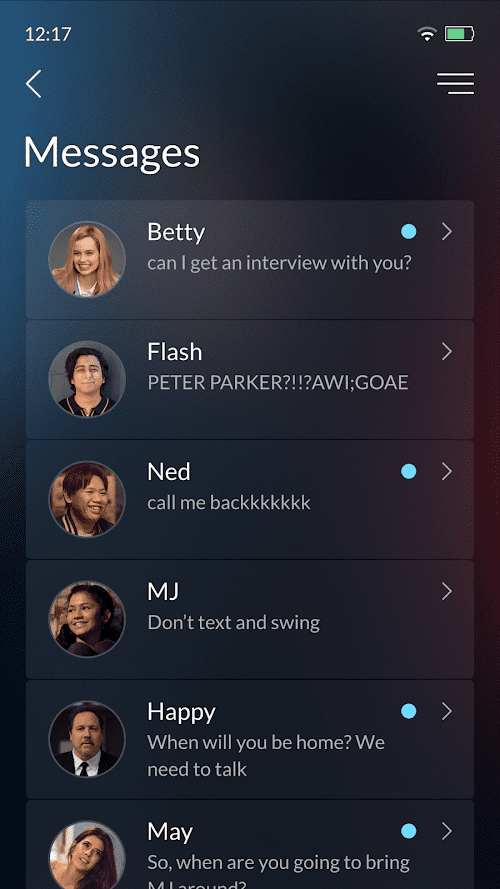 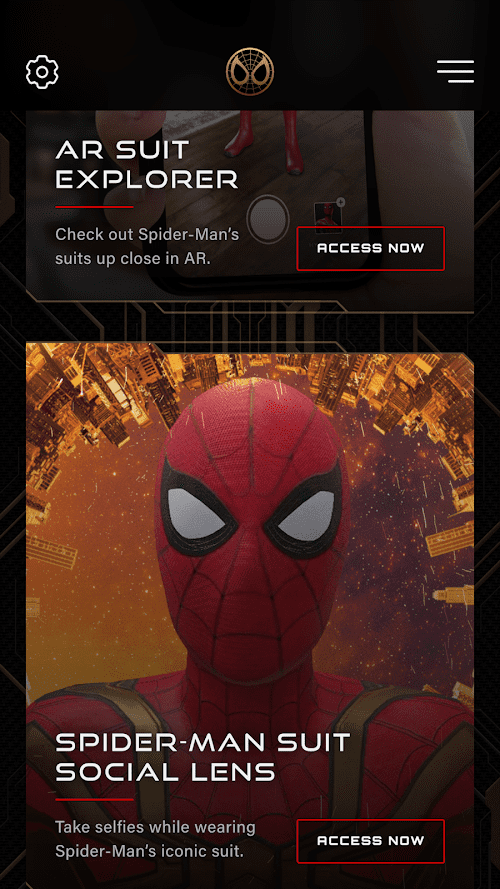 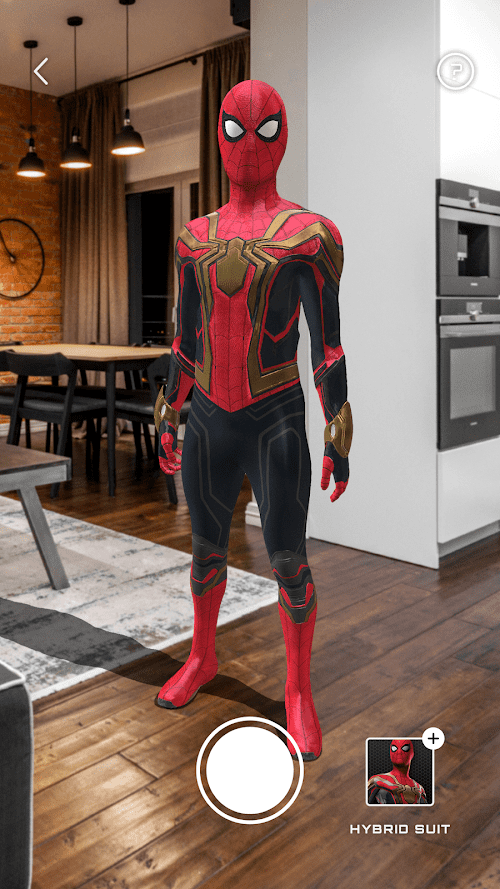 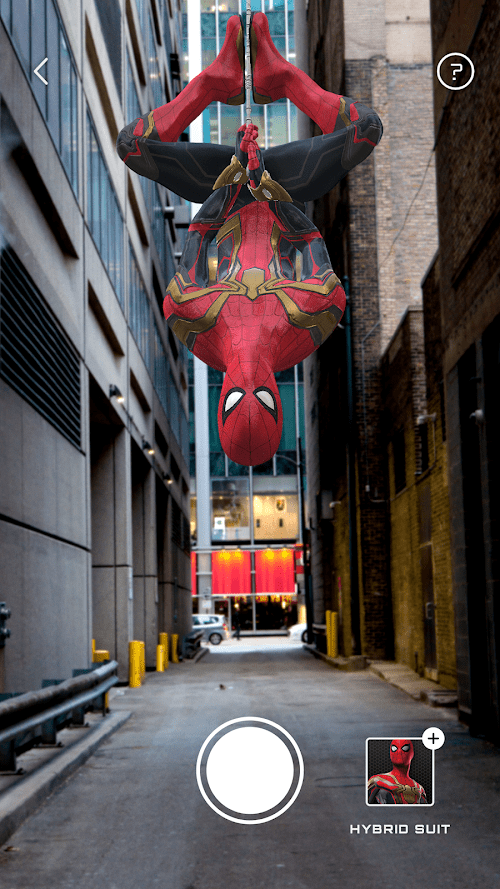 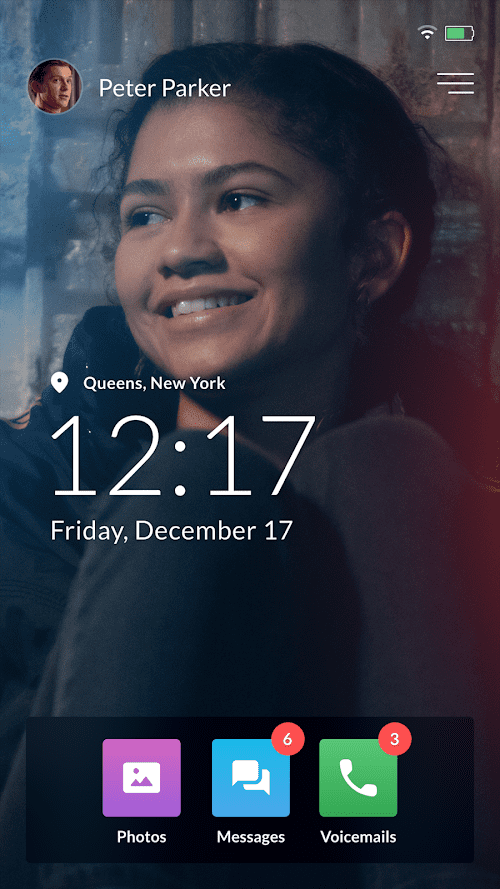 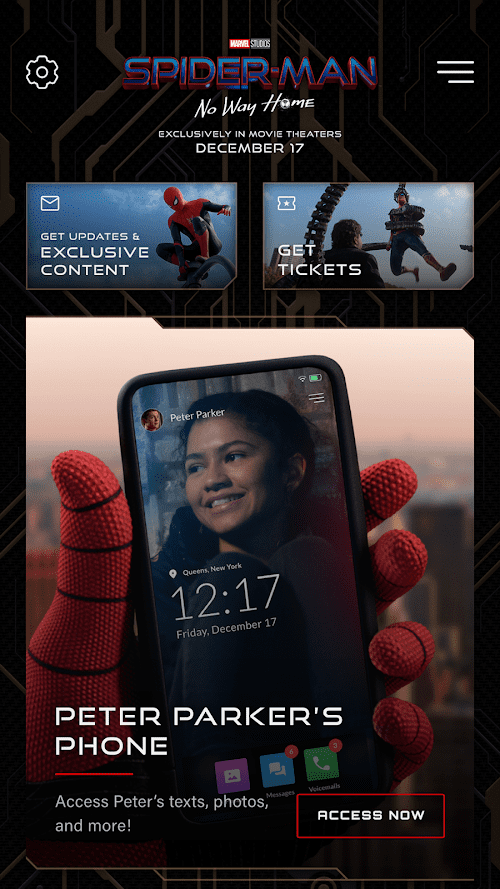 Spider-Man: No Way Home is a fan-friendly social app released by SPE Digital Marketing, it is the user's one-stop app for everything Spider-Man. Spider-Man: No Way Home provides users with exciting content and features. Users can learn more about the film here, try on Spider-Man's iconic masks and suits in AR, and get a peek into Peter's life by accessing voicemails and text messages on Peter Parker's phone.

Spider-Man: No Way Home is the companion app for the latest Spider-Man movie of the same name. While the main goal of the program is to further promote the film, it does have some social features that fans will love to try. First, the app features a Google Playmoji-like feature that lets users place an augmented reality version of Spider-Man in the real world. This AR figure is movable and resizable, so users can place him anywhere on the screen and resize it at will. There are multiple versions of the Spider-Man costume available for this feature.

But what fans rave about most about the app is its AR camera filter, which will allow them to try on Spider-Man's mask or suit in augmented reality or take selfies with Spider-Man himself. Using this feature, users can take a variety of photos with Spider-Man in a variety of different poses. Since this is augmented reality, the results are very realistic. Spider-Man: No Way Home also offers GIFs and stickers. With this, users can find the perfect Spiderman GIFs and stickers to copy and send to their friends.

In addition to augmented reality features, Spider-Man: No Way Home features a reproduction of Peter Parker's phone. This feature includes text messages and voicemails from some of Peter's relatives and close friends. By accessing his phone, you can hear the voices of characters from the movies like Aunt May, Ned, and more. Users can also check out some photos taken by Spider-Man himself, Peter Parker, on their phones. This is very interesting and gives users a more intuitive understanding of Peter's life.

Of course, as the official companion software for the latest movie, Spider-Man: No Way Home also comes with exclusive content about the movie that fans love to see. Users only need to fill in their email address when signing up for it, and they will receive updates about the movie directly in your email inbox. It also includes a link to buy tickets and a countdown to a release timer to remind fans of the days before the movie hits theaters.

To sum up, Spider-Man: No Way Home has many advantages, such as it offers cutting-edge AR explorer suits, multiple suits for user experience, user-accessible camera filters that allow you to take selfies with Spider-Man, comes with exclusive movie content, lets Users have a glimpse of the normal life of Spider-Man, but, objectively speaking, it also has some shortcomings, mainly relying on promotional elements and limited content and functions, but as a die-hard Spider-Man fan, I believe these problems are acceptable of. It’s fun and value more than makes up for it.