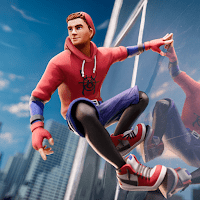 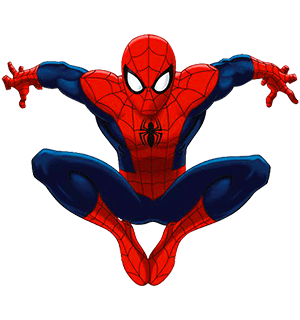 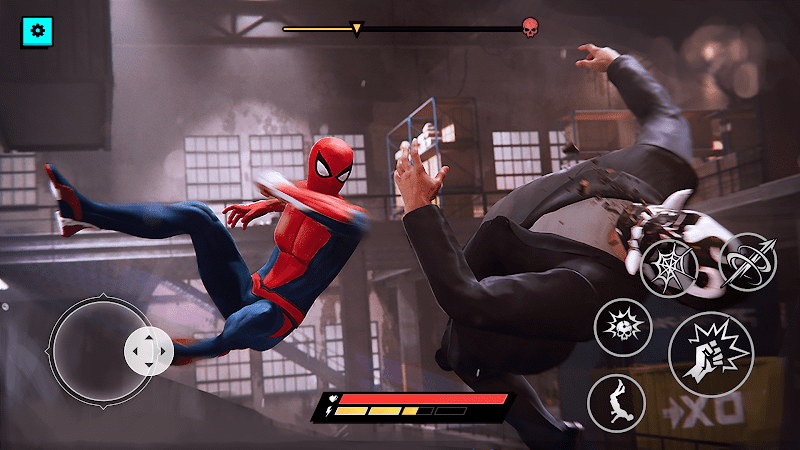 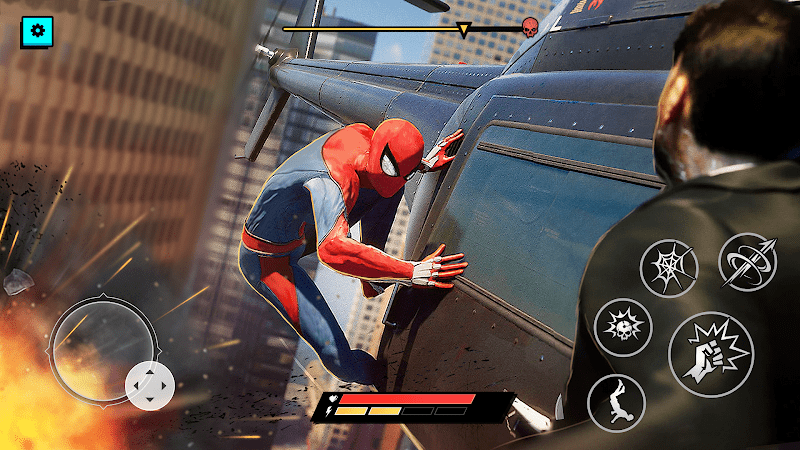 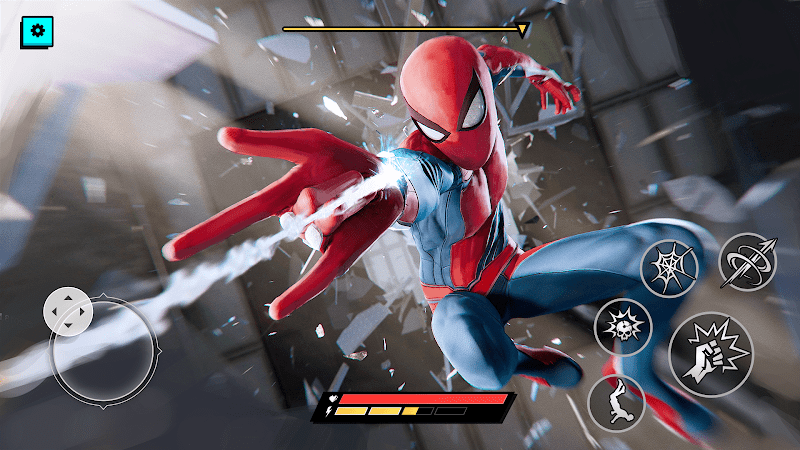 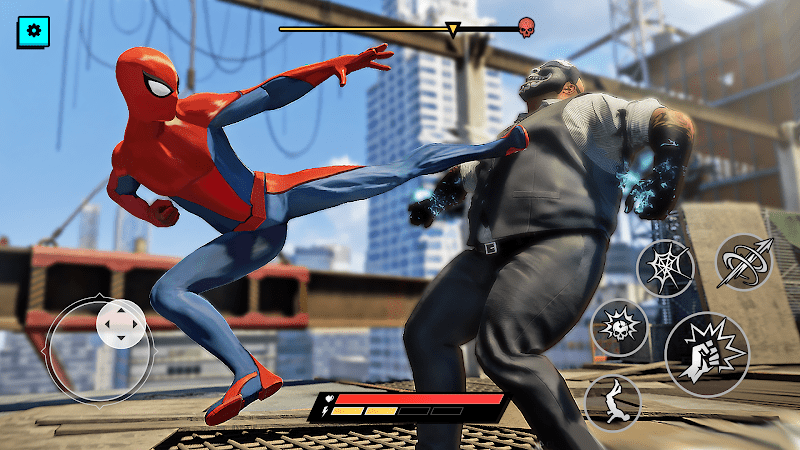 If you've always wanted to be a super spider, Spider Hero: Super Fighter is the right choice for you. Players in the game are endowed with a magical, special superhuman ability. Spider Hero provides players with unique features. In addition to this, there are skills that help players increase their maximum strength.

At first, the player in the game is just an ordinary person, but one event changes your entire mission. The bite of the radioactive spider begins to mutate in the player's body, enabling superpowers. Spider's abilities include superhuman strength, a sixth sense like "Spider-Sense" which reminds him of danger, perfect fighting skills, and the speed and agility of a superhero. That is to say, the player is accidentally bitten by a spider, and the radioactive material has begun to spread, causing the player's body to mutate in the game, but the player does not die but activates magical superpowers on himself. Spider Hero also provides players with awesome abilities. In addition to a fast-running speed that is difficult for anyone to keep up with, players also have excellent fighting skills. Heroic agility has been incorporated into this spiderman superhero. Not only that, but it also gives you special add-ons to increase Spider-Man's maximum strength.

This spider fighting game takes place in the city of criminal villains. Crime bosses have taken over the city. Because of a mistake in the lab, they became as cruel as they are now. Much like the superheroes in the Spider-Man universe, a scientific accident, or even a small misstep in the use of science and technology, can lead to earth-shattering mistakes. As a result, criminals who fought against Spider-Man began to appear. They are going to take over the entire territory of the city and destroy all the superheroes that stand in their way. The police and army are corrupted. The police are naturally tasked with bringing justice to society. Now, they've turned into bad guys. Also, the army is no exception, it causes a lot of misunderstandings and wars. This magnificent city is about to fall.

Players can now own your Spider-Man superhero and officially move it throughout the journey, delivering melee attacks with epic super-tricks. Players appear in unpredictable movements, attracting opponents and helping you gain experience quickly. More than that, Spider Hero also enables players to collect cash on the battlefield. Players need to hurry up to grab this unique opportunity and grab as many as possible. When the amount reaches a certain limit, players will receive keys to unlock hundreds of impressive new perks. Also, passive and active super tricks make the player a superhero that everyone has to fear.

It can be said that Spider Hero: Super Fighter is a fighting game made for fans of Spider Heroes and other superheroes from the comics. The player will be an amazing spider, move like a super spider, avoid enemy attacks, and hit them in the air. It's a hybrid of a human fighting game with superpowers. Defeat opponents and gain experience for the next superhero level as players take unpredictable actions through fast-flying spider attacks. At the same time, players can also collect cash to unlock new skills and build many contraptions that supplement the spider's power. Unlock new skills with incredible passive and active superpowers.

Spider-Man was born as a gift for comic book fans from a young age, and this game is a worthy gift for Spider-Man fans. So, don't hesitate and enter the world of spiders man now, become a superhero and unleash your rage in the streets of crime city.