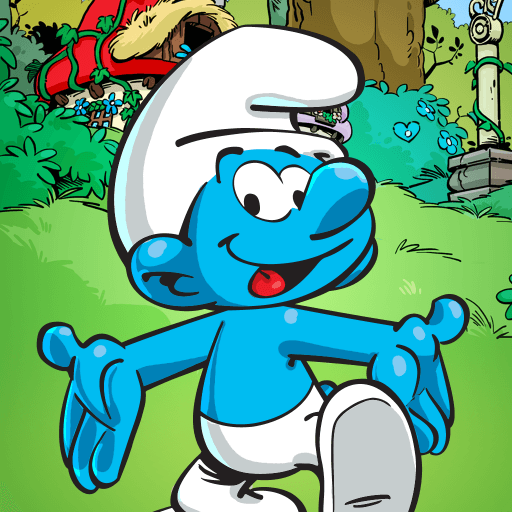 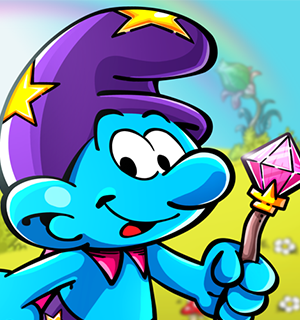 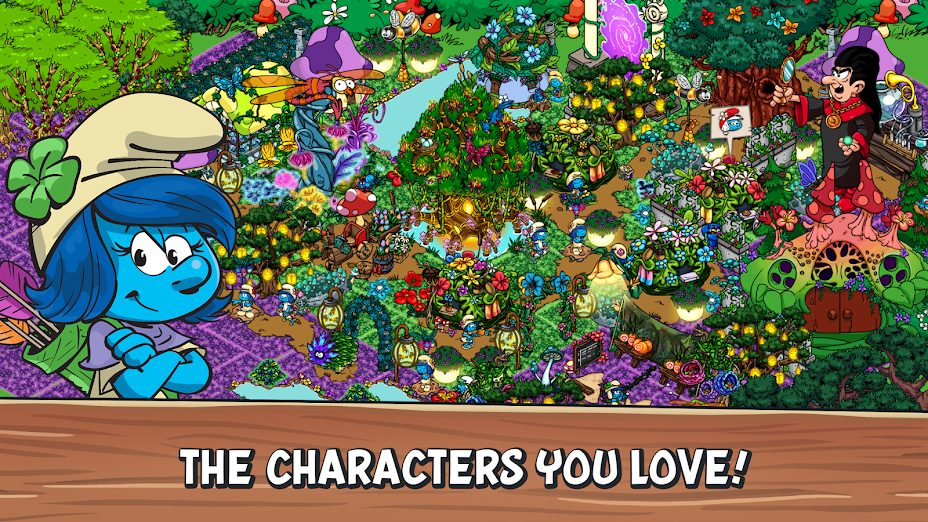 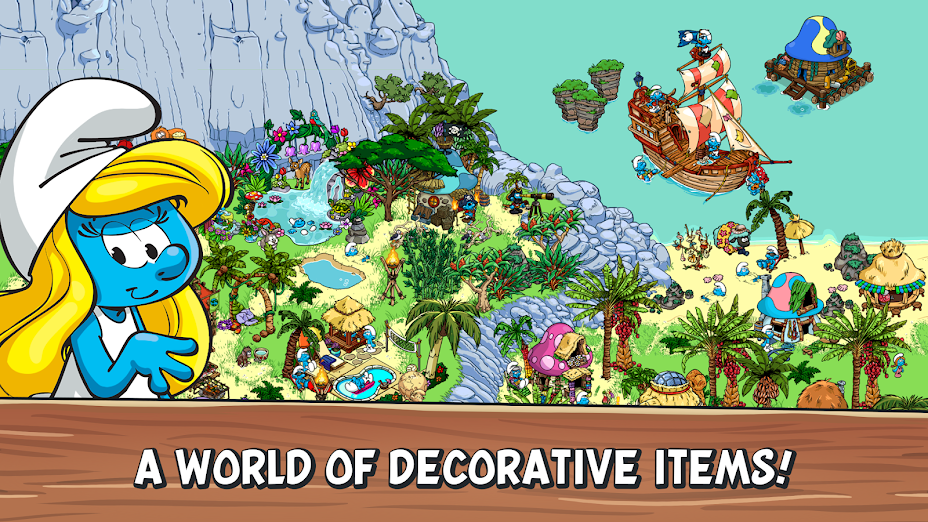 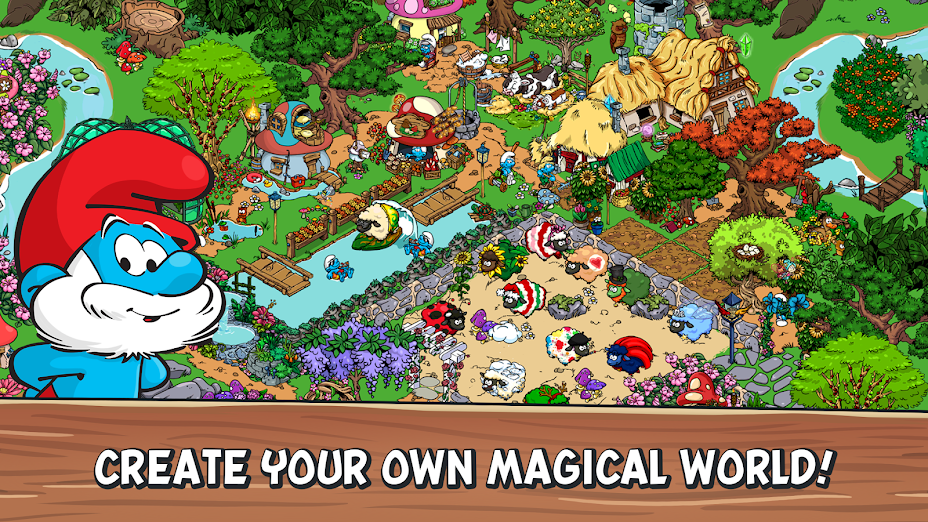 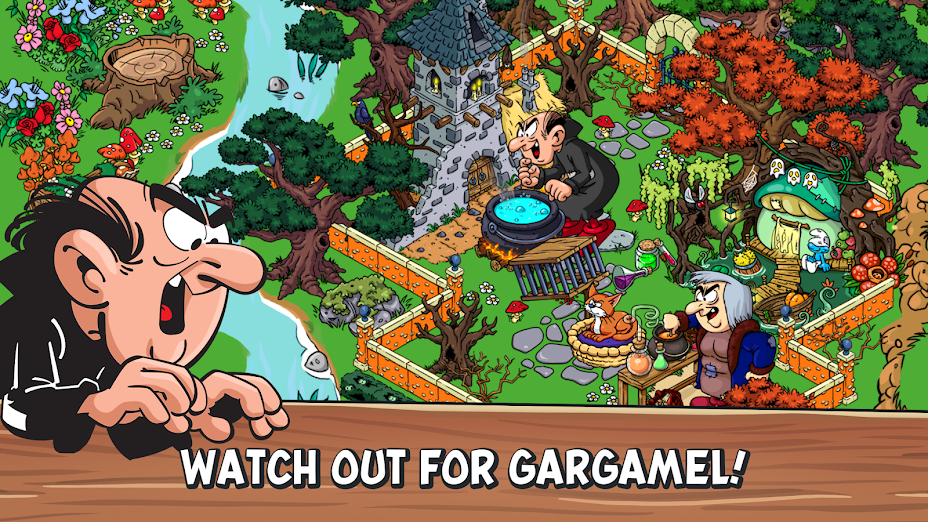 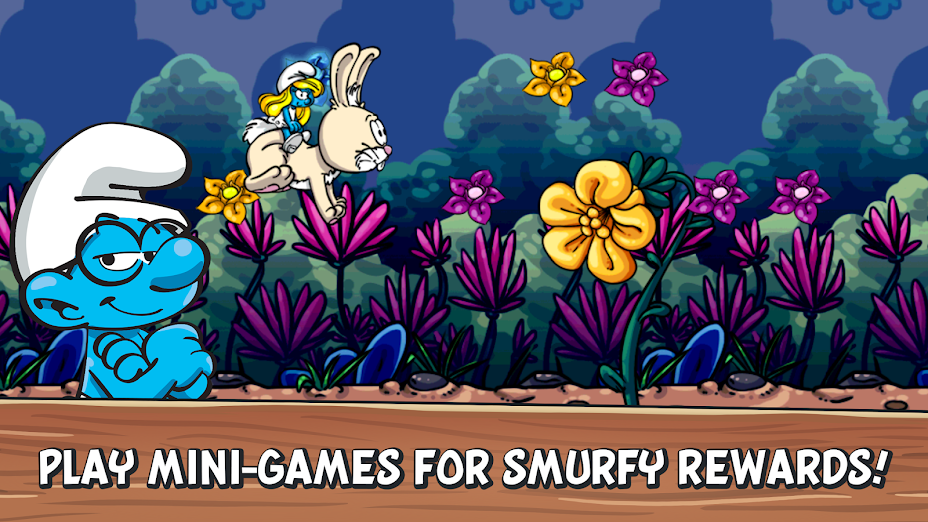 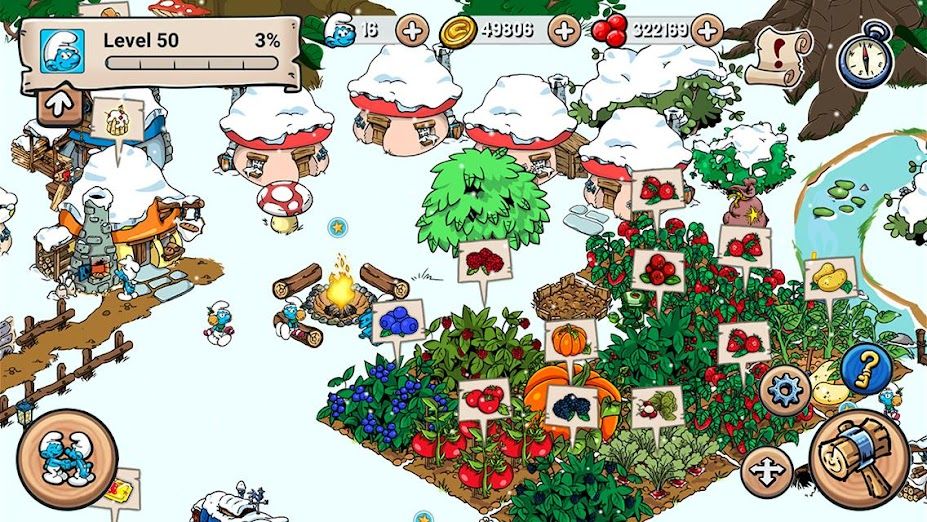 Smurf's Village is a social game based on the classic cartoon Smurfs, in which Gargamel has found the Smurfs' village and wreaked havoc, and the Smurfs have been scattered. To rebuild the Smurf village, Papa Smurf will guide the player, from the initial start of a hut and a field, slowly re-establish the Smurf village, and will be separated from the other Smurfs to find back. As the village develops, other Smurf characters from the anime will appear, and they will have their own unique abilities to help the player develop the village.

The Smurfs look just like you remember: bright and blue. The design is exactly the same as the show, full of mushroom houses, gardens, and creeks. Just like the cartoon, the visuals are vibrant and the retina-optimized graphics run smoothly even in the large, complex village packed with busy little Smurfs. The game's soundtrack is also quite anime-like, but the music doesn't appear much, and what you usually hear more often is some nature's insects and birdsong, as well as the sound of buildings being built and fields being planted. This immersive audio-visual experience, as if the player brought to the Smurfs' village, is very interesting!

While much of the game is made up of traces of social gaming, such as timed events, harvesting and collecting, and buying items to speed things up. But what sets Smurfs' Village apart is how well it uses the Smurfs' license to its advantage. For example, Jokey Smurf - the master of mischief, bearing the gift of explosions for all - will give you one item per day. It could be useful or just a gag; Timber Smurf can cut down wood and turn it into gold to build more houses for more Smurfs.

Other Smurfs have brought mini-games that will help you upgrade your village faster. The first game you'll play is Papa Smurf's Potion Mixing Game. In it, you will shake the iPhone until the potion is just the right color, but don't shake it too much. The harder difficulty is that you keep the color by carefully continuing to shake. Another interesting person is Greedy Smurf, the baker, who has four ovens to monitor and make sure his pastries don't burn.

What's even more fun is that you can even get your friends in on the Smurf action. Thanks to the integration with Facebook, any of your friends who link their Facebook accounts to Smurf Village will appear on the map. Each day, you can visit a friend, give and receive free gifts. Don't like to promote your love of all things Smurf? You don't have to; Smurf Village allows you to visit a random village anonymously without linking your Facebook account.

Anyway, I think it's a great job. Any fan of Smurfs should not miss this little simulation-building game with exquisite graphics and fun gameplay. It will be a good choice for you to pass the time during your vacation as well as on the road.