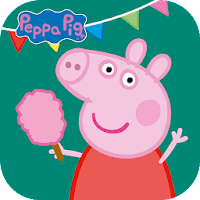 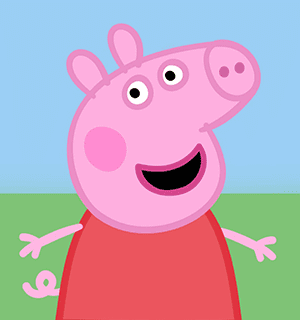 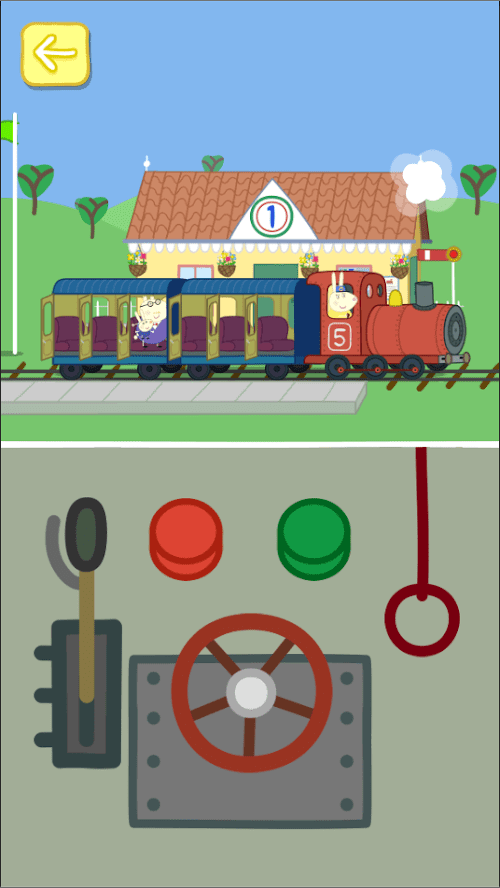 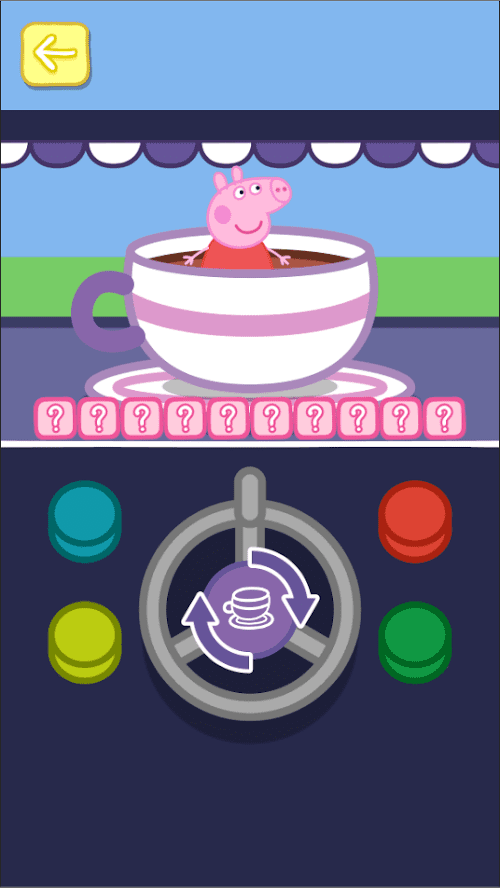 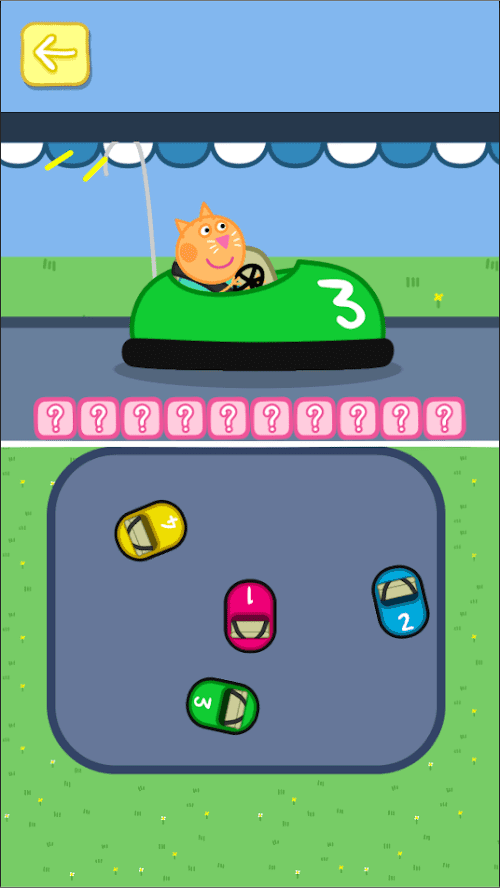 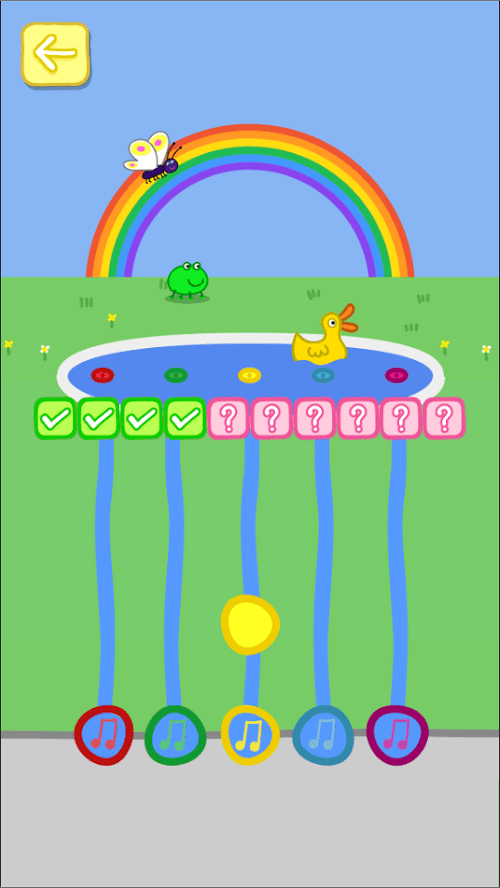 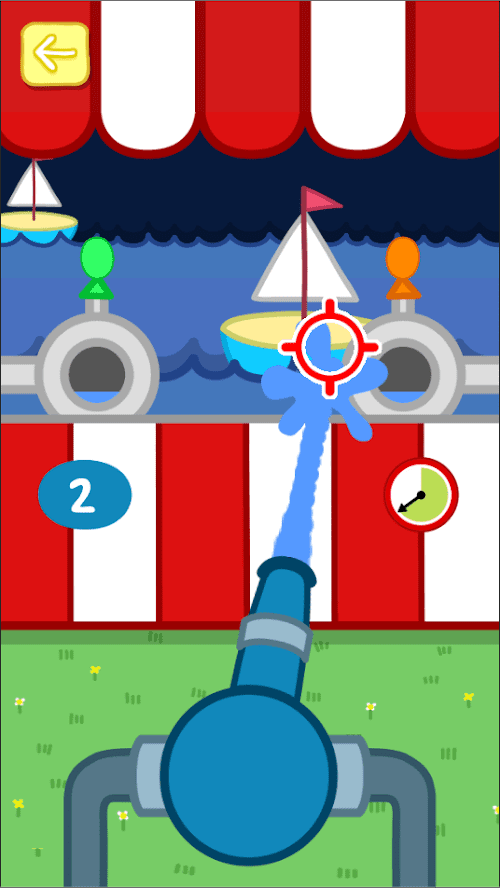 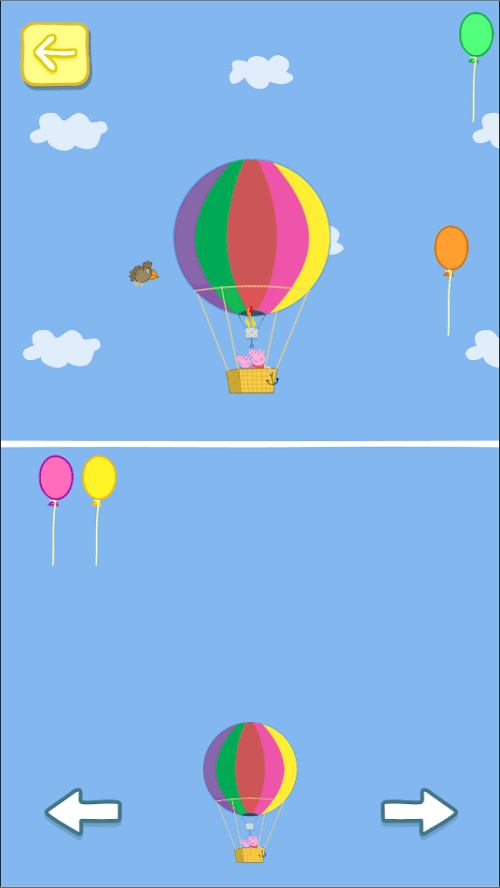 Peppa Pig: Theme Park is a Peppa Pig themed mobile game published by Entertainment One. Players play various arcade games at the theme park with Peppa. These include shooting, driving, muddy puddles, and more. The player's goal is to compete and win these games, and at the same time, the player must have fun along the way. Peppa Pig: Theme Park games include train rides, water cannon games, bumper cars, hot air balloon rides, spinning teacups, and remote-control cars. Each game requires the player to use fine motor skills to help guide or collect items. For example, in a train ride game, players need to drag their fingers on the screen to help load passengers onto the train, and then control the speed of the train through the station's main controls. There are also creative activities including musical fountains and cotton candy making. Players can choose the notes to make the tune, as well as choose the color of the marshmallows and help with mixing and eating.

Players will play arcade games at the theme park as Peppa Pig and the gang. The game will allow players to earn some tokens that can be spent. One of the games that players can play is train riding. Everyone wants to get on the train driven by Mother Sheep. Players have to take passengers to the next station. Players can grab the doors of each train. This way it will open and close. Click the green button to drive the train and spin the wheels to speed up and slow it down.

Peppa and George love fountains with music. Players need to tap buttons to make music tunes and activate the fountain. Pick a piece of music, remember the pitch and sequence, and repeat what the player hears. It will be very difficult as the player progresses in this game. Of course, players earn tokens for every game they win. Players can use it in other games in the theme park.

Peppa Pig and George also love candy. This player needs to spend the earned tokens to help them make the candy they want to eat. Players can then choose one of the games Daddy Pig offers players. Players can choose which game Daddy Pig wants new candy floss. When it's over, help the family floss the candy by holding or tapping the candy. The family loves candy floss in different colors. In this case, the player simply repeats the entire process and selects the desired color.

Players should also help Peppa's friends guide the car into the bumper car game by swiping your finger in the direction you want the car to move. Next is the hot air balloon. Tap the balloons floating in the air to collect them. Players must make sure that the baskets are glued to the balloons so they can be picked up.

The Peppa Pig: Theme Park experience will appeal to fans of the program as it invites them to participate in a variety of exciting activities and games with everyone's favorite piggy. It invites not only kids but the whole family to play eight fun games including a train ride, hot air balloon, candy floss maker, water cannon, street race, bumper cars, teacup ride, and musical fountain. Peppa Pig: Theme Park also has a sticker and coin bonus that can be used to unlock the game. The gameplay of Candy Floss is addictive and satisfying as the player can change the color to his liking. Some players were intrigued by the game and gave it a five-star review on the Google Play store. Peppa Pig: Theme Park expands on the satisfaction and excitement players feel when watching the series by playing the game. Even if the game is flawed, players will be surprised and still interested in trying the game.