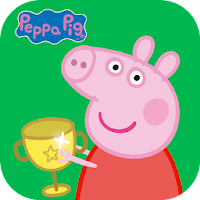 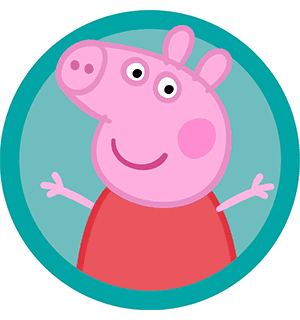 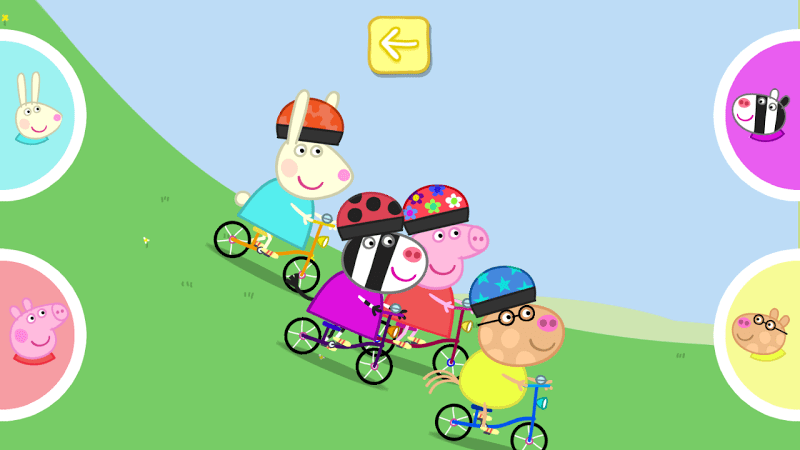 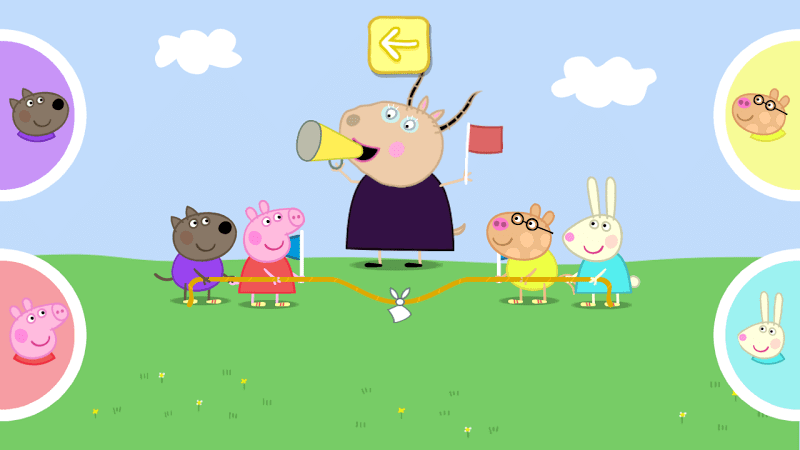 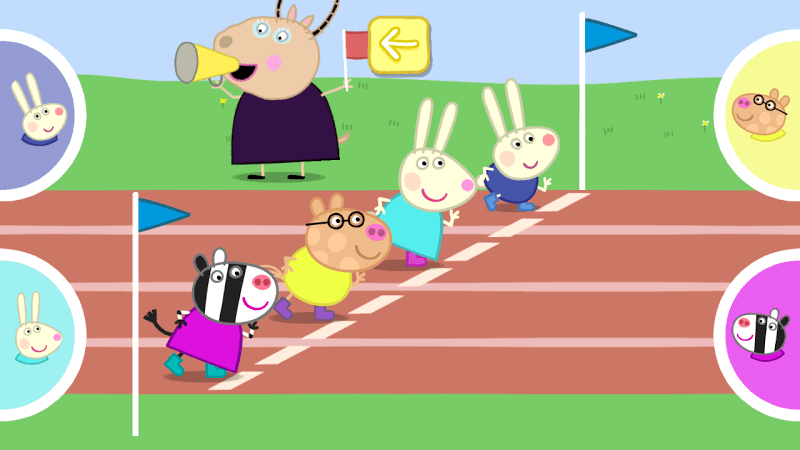 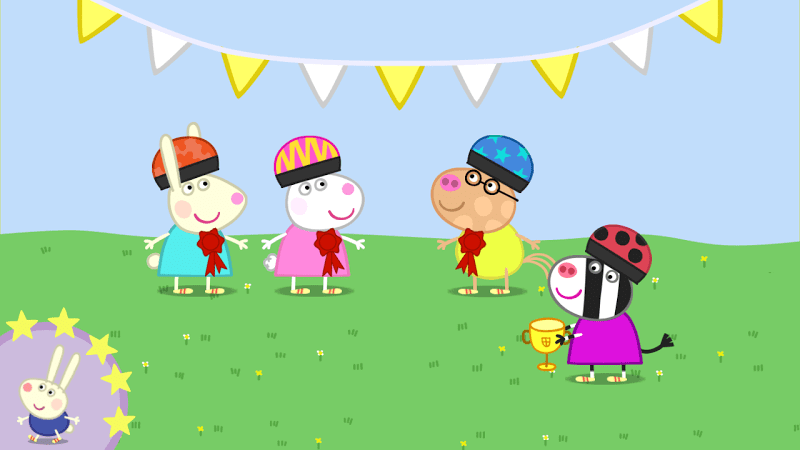 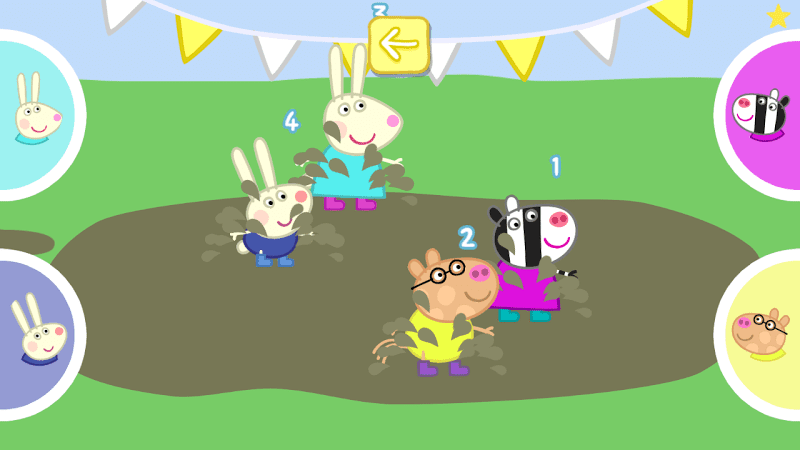 Peppa Pig: Sports Day is a Peppa-themed sports mobile game released by Entertainment One. It was #1 in the Google Play Kids app category in July and August 2016. It's a great app that allows your little one to learn about the concepts of competitive sports in a fun, safe and familiar environment. Sports activities in the game include running competitions, long jumps and cycling competitions. These activities require players to tap the screen and follow simple instructions to activate their chosen character. Other activities include choosing an ingredient or item to make ice cream or making rosettes. In addition, the game supports translation into 12 different languages, which makes it easy for most players around the world to experience the joy of Peppa Pig: Sports Day.

Players will feel that the activities of Peppa Pig: Sports Day are very simple, all it takes is a big action skill to tap the screen to activate the selected character. For example, in a running competition, players tap the screen to jump over puddles and other obstacles on the track. There is some creativity involved in choosing the types of ice cream and rosettes that players want to make, although players may find the choices very limited in these activities. After completing each match, players will be rewarded with a sticker that they can use to create a digital photo.

Peppa Pig: Sports Day has a total of four games to play, a refreshment kiosk where players can make and design their own ice cream, a rose-making game, and a sticker section for creating scenes based on winning stickers. The four games of Peppa Pig: Sports Day allow players to choose and play four Peppa Pig characters in the game. This means that up to four players can participate. However, if players play by themselves, then they can only choose one of the characters and compete with the computer. The four races are obstacle races, bicycle races, long jumps and tug-of-war. The game requires players to tap a character on the side of the screen to move the avatar during the match.

In the game ice cream shop, players can add toppings to bowls, mix, then add to the ice cream maker, and finally decorate the ice cream. Games can also make smoothies, and smoothies may be a healthier option. On the other hand, it's a great addition to the game, and a lot of players like to make up weird recipes. Additionally, the four pictures at the end of the game allow players to build a scene, which is a nice addition, especially since the characters can be resized to fit.

Peppa Pig: Sports Day is available for iOS and Android and can be downloaded from Google Play and Apple Store. But it's not free. Priced at £2.99. It's not cheap, but the content and quality of the games make them definitely worth it. While people need to be outdoors and directly involved in sports to get and stay active and healthy, I think an app like this could be useful at night to help them relax after a busy day, while also giving players a chance to talk to the basic movement. Therefore, I recommend players to download Peppa Pig: Sports Day, whether you are a sports lover or a Peppa Pig fan, whether you are a pure game lover or a parent of a child, this game has a reason for you to download it. Download this ad-free Peppa Pig: Sports Day now. Join Peppa Pig's life and participate in Sports Day competitions in the official app. It encourages players to explore fun-filled games with their favorite Peppa Pig. It's all about having fun with Peppa.