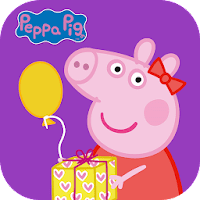 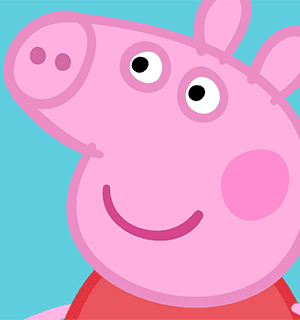 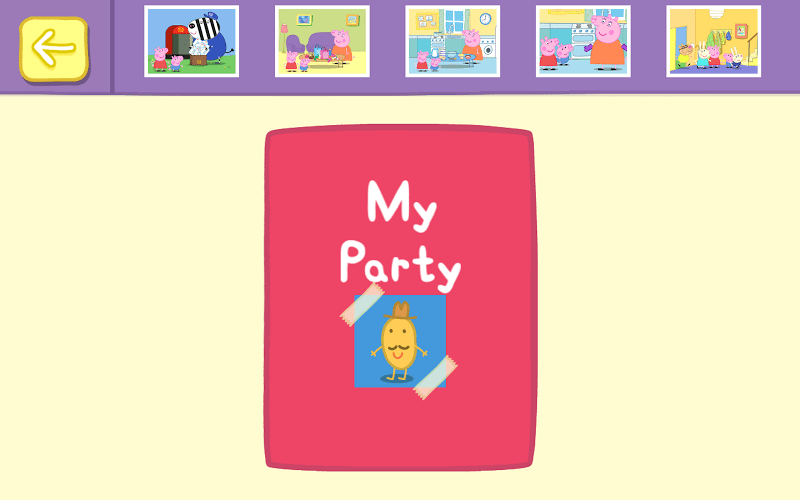 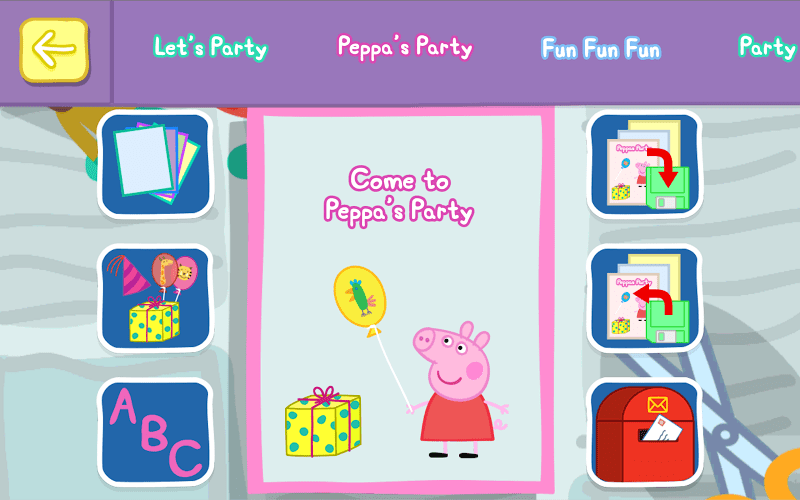 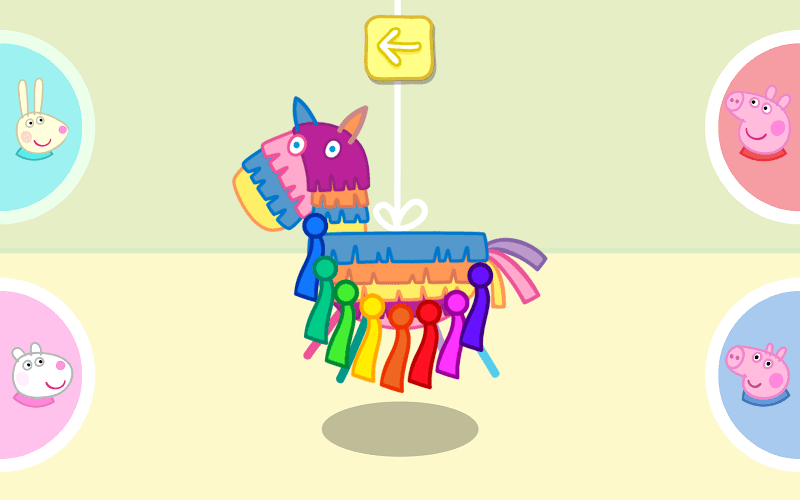 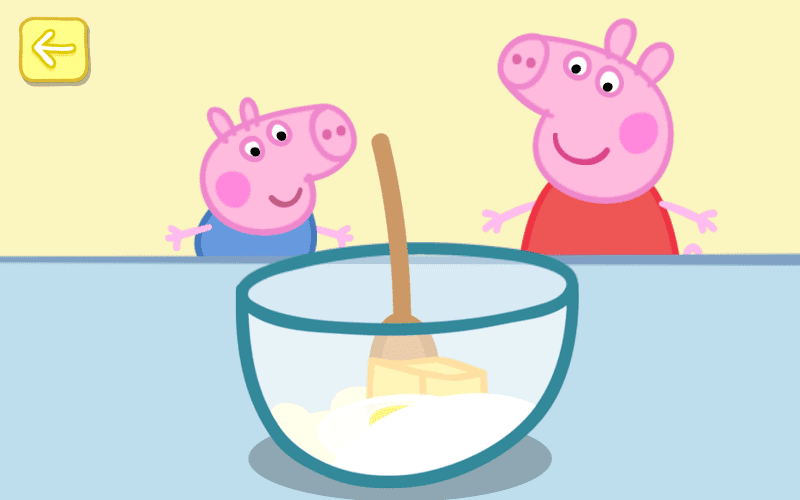 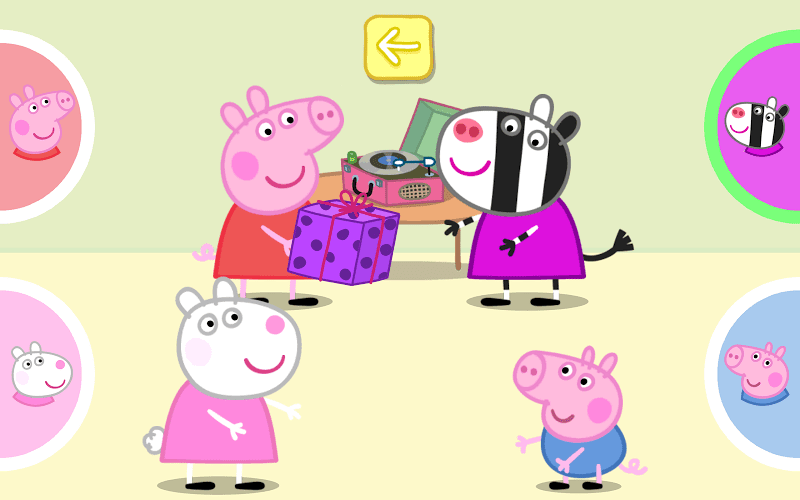 Peppa Pig: Party Time is a children's game made by Entertainment One and released on December 14, 2016. It is based on the British animated children's TV show Peppa Pig. Peppa Pig is so iconic for kids that Entertainment One turned it into a game. Through this online game, Peppa Pig encourages children to join his fun party. At the beginning of the game, the game instructs the player how to play the game. The goal of Peppa Pig: Party Time is to throw a fun party for Peppa Pig and his friends. Peppa Pig fans will love helping Peppa organize a party. Seven games will guide players through every step of the way to plan a party, have fun and reminisce about the good times. The party wouldn't be happy without the little games prepared by Mama Pig and Daddy Pig. Players have to help each member of Peppa Pig's party accomplish the goal, which is to win mini-games such as piñata, musical chairs, and pass the wrapping mini-game. After Peppa Pig's party is over, it collects fun photos of what happened at the party and attaches them to a scrapbook.

Before Peppa Pig: Party Time begins, players must help Peppa Pig send out invitations to distribute to his friends. Players can start by choosing a background for the invitation from the sheet in the top row of the screen. Different colors can be chosen to make the background of the game more beautiful and pleasant. Apply some stickers and choose a message to put on the invitation. After making cool invitations, players can now design party bags that only bring good stuff. To do this, players must select the desired party pack. Then decorate the party bag with pretty stickers. When you're done applying the stickers, press the checkbox. After that, choose the treats to put in your party bag. Then the player should make a delicious cake with the help of the mother pig. To start cooking the cake, put the delicious ingredients in a bowl. Mix the ingredients with a spoon. Then you need a baking sheet. Just click on the selected pan, put the cake ingredient mixture in it, and pop it in the oven to bake. There is no cake without frosting, so to prepare to frost, tap the jar to add water. Then, mix and choose a design topping. Finally, click on the cake to place frosting and decorations on top.

In Peppa Pig: Party Time, all seven games are fun. The first three games allow players to design invitations to Peppa's party, create party bags for guests, and make and decorate party cakes. Once the guests arrive, the next three games are the real party game. All three games have multiplayer aspects. Finally, the player puts the party photos into the souvenir album. Each game has its own interesting points that players will love.

Peppa Pig: Party Time is highly recommended for Peppa fans or kids because the game provides a safe environment that parents can trust. Also, there are no ads in this mobile game, so parents won't worry about ads with scary or bad ads. It's also easy to follow with its gameplay. In this game, there are a variety of characters, colorful pictures, and beautiful sound effects that fans or kids will love. This game teaches kids to socialize with friends, train their creativity and develop good relationships. The game also teaches kids the importance of planning ahead for important events such as birthday parties, Christmas parties, and more. It also lets parents know how to prepare a party for their kids. But Peppa Pig: Party Time is not a free mobile game, so players must pay. Even if the player buys the app and loads the app a second time, the player still needs to pay. However, given the game's clean content and ad-free mechanics, it's worth it.

Peppa Pig: Party Time is very similar to the actual process of celebrating a children's party. It will be great for teaching kids to make invitations, give kids party bags, prepare cakes, and various games to make the party fun. If your child is creative and loves parties, especially games, this mobile game is perfect for him. In addition, as a fan of Peppa Pig, it is totally worth downloading it to play. Players can experience the joy of interacting with the Peppa family in the animation.