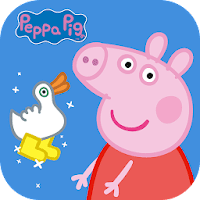 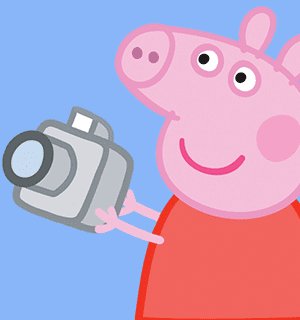 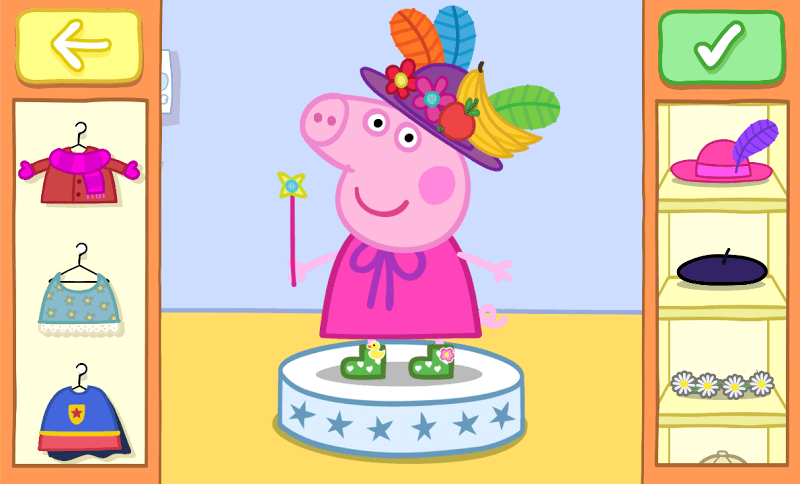 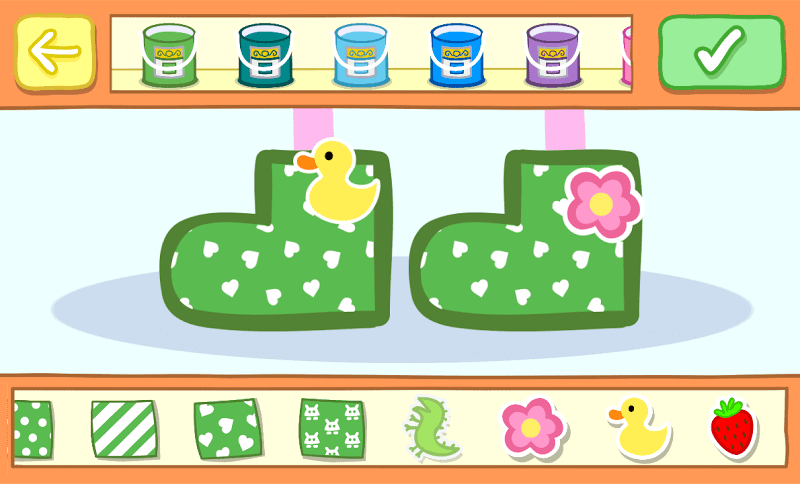 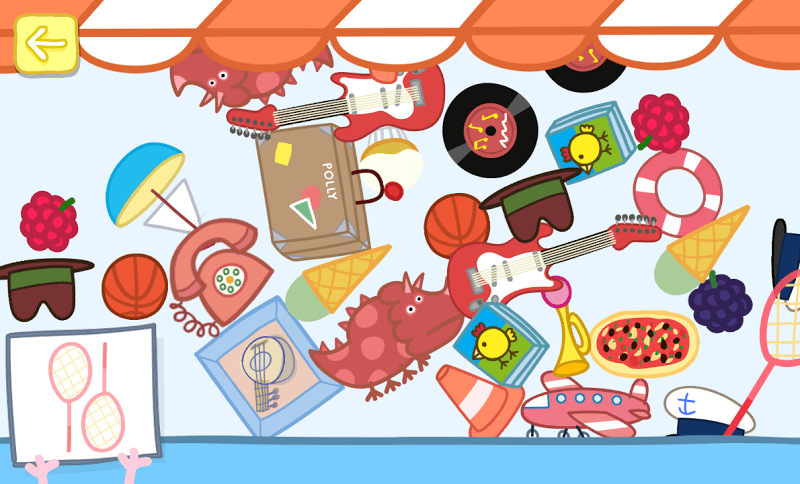 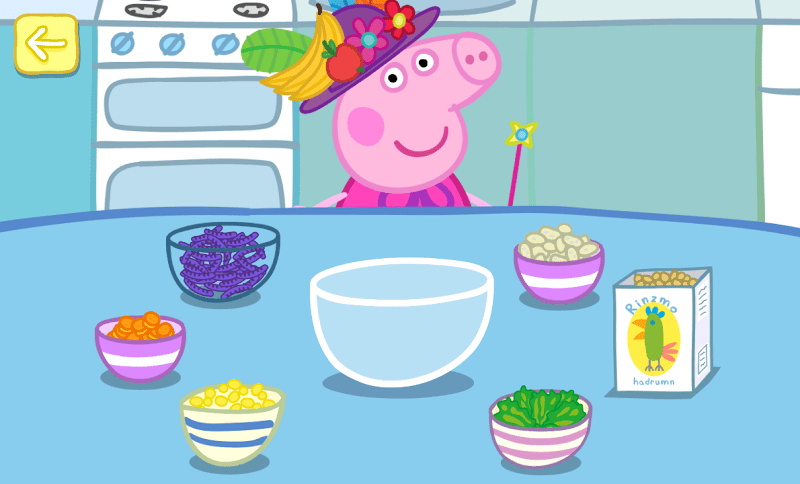 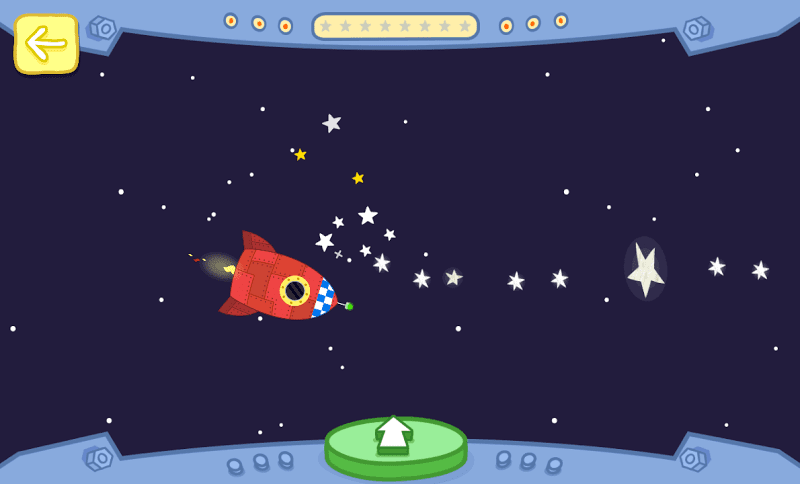 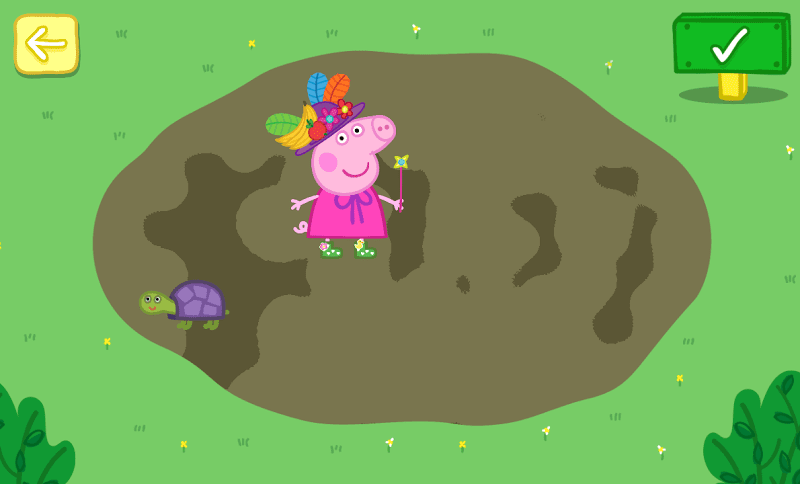 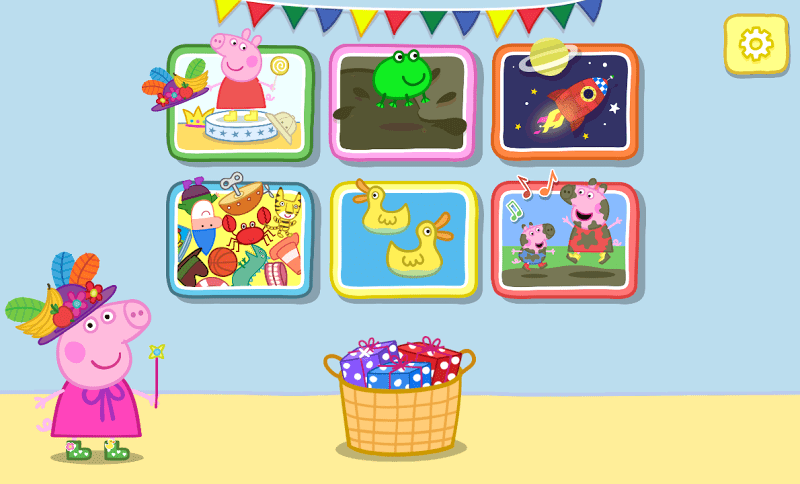 Peppa Pig- Golden Boots is a high-quality game app released by Entertainment One that will bring a lot of gaming value to fans and kids. Peppa Pig, the most popular TV character, becomes interactive in this Peppa Pig- Golden Boots for preschoolers. Kids can play with Peppa in six different activities, solve puzzles, fly a spaceship, and find Peppa's boots to reveal some exciting surprises. Peppa Pig - Golden Boots is easy to use, with narrated directions, and intuitive controls. Peppa Pig - Golden Boots allows up to four individual players, keeping prizes in a "toy box" for each user. Still, it would be helpful if parents could reset the app or delete the user from the protected system. One aspect of the Moon Gift Shop game may also be frustrating for some players. This event requires players to look for gift shop items in a clutter of items, sometimes, the desired item is not visible on the screen. The player must blend the surrounding objects to rearrange them to make the desired item visible.

One of the features of the game is that there are six different activities, including dressing Peppa, playing in the mud, driving a spaceship, visiting the gift shop on the moon, feeding the ducks, and singing the theme song. Players can move freely among the six activities and easily choose whether to repeat the practice or try a different one. The second feature of the game is that it develops important preparatory skills such as matching and fine motor coordination. Also, many activities do encourage persistence and focus, which are harder to measure but at least as important as other preparation skills. Third, it has engaging sound effects and animations, and the illustrations are colorful and very clear. Fourth, Peppa Pig- Golden Boots has familiar characters and an interesting storyline. The game is very fun and very interactive. Children will be able to try any of the six activities in any order, so there is a lot of room for decision-making and empowerment. Many games are inherently rewarding, like churning through gooey mud and hunting for hidden creatures at seemingly random intervals. even learning

While fans of the TV show and kids will be delighted with Peppa Pig- Golden Boot. The game encourages preschoolers to explore the wonderful world of Peppa Pig through many fun-filled games featuring beloved characters, music and sound effects. But it's not free, it costs $2.99 at the Google or Apple stores, but it's not that expensive compared to the value it contains. It has a lot of game value that players need to explore in the game. I believe players are likely to come back to this game again and again.

Peppa Pig: Golden Boots is highly recommended for Peppa fans or kids. Kids and Peppa fans can dress up Peppa Pig for a day of adventure in Peppa Pig: Golden Boots, fly a rocket in space, visit Mrs. Rabbit's shop on the moon, help Peppa Pig feed the ducks, and sing along to Muddy Puddle Song. In Adventures with Peppa, kids and fans have the chance to collect a pair of glittering golden boots that can unlock some very special gifts. The game provides a safe environment that parents can trust. Peppa Pig: Golden Boots are very kid-friendly. First of all, it has a protected parent area with external links and social media. Second, it has no third-party ads, so parents don't have to worry about ads with scary or bad ads. Third, there are no in-app purchases. Its gameplay is also easy to pick up. In this game, there are many characters that fans or kids will love, colorful graphics, and beautiful sound effects. Although it requires payment. But given the game's clean content and ad-free mechanics, it's worth it. Whether as a kid or a Peppa Pig fan, it's totally worth downloading and playing.