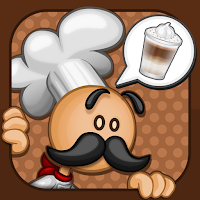 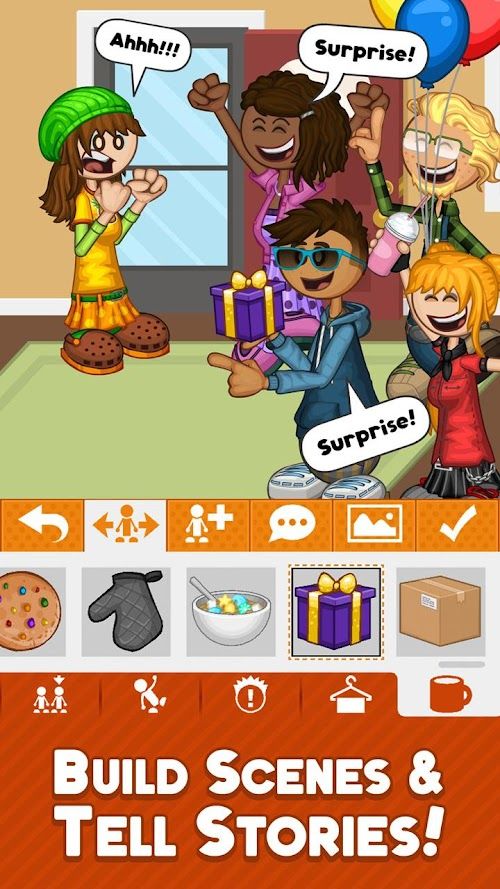 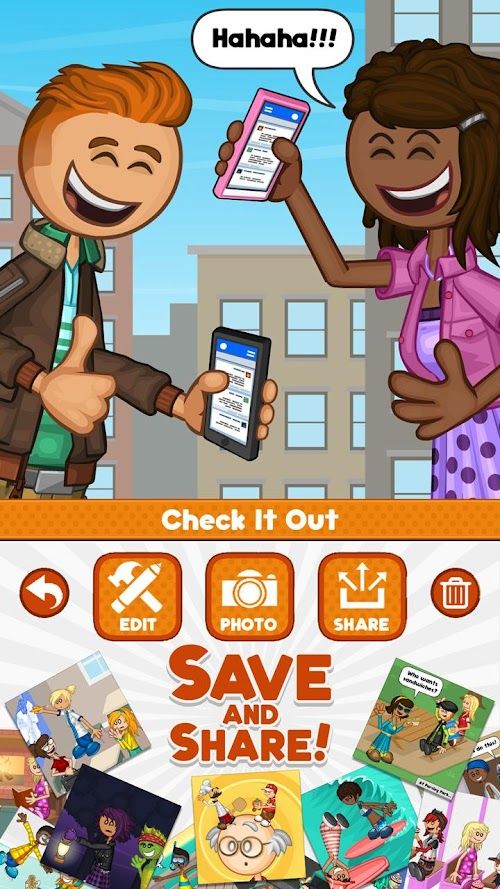 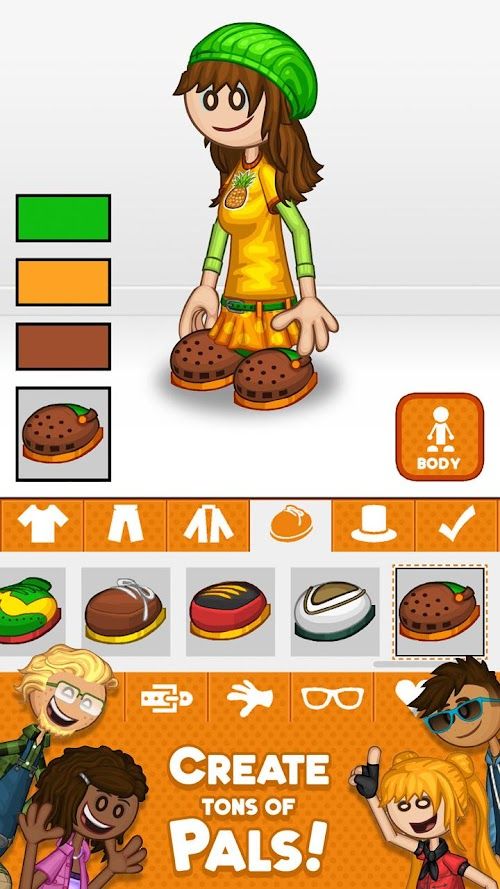 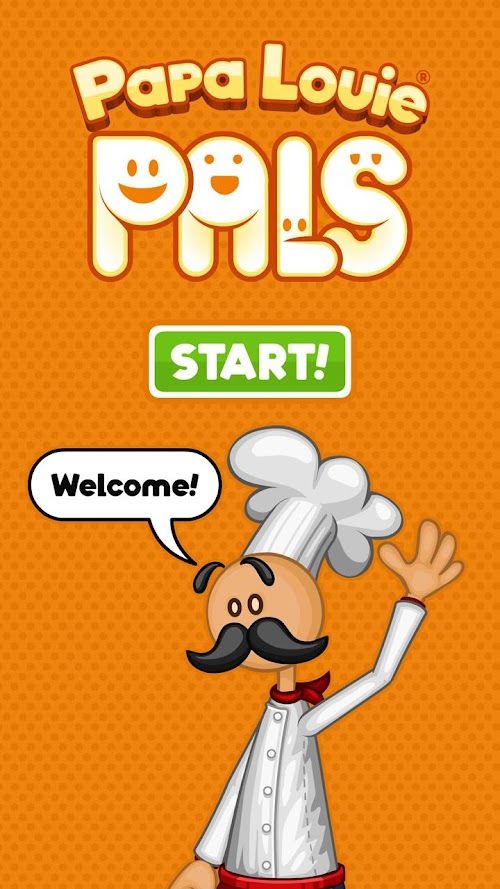 Papa Louie Pals is a casual game developed by Flipline Studios released on March 26, 2018. This is an app based on the creation tools of the Papa Louie universe. Players can use their creativity and imagination in the game to create player-specific characters and stories in Papa Louie's world. The game provides hundreds of costumes and hairstyles to support players in designing the custom characters they want. Creating characters is just the beginning, players can also build game backgrounds such as patterns, outdoor areas, and indoor scenes. Then, add the word bubbles and subtitles they want to create a story that appears to be told. It's very playful and looks a lot like a Papa Louie themed comic. When it's all done, players can save the masterpieces they've created in Papa Louie Pals as unique collections and use them to build scenes and stories to share with their family and friends.

Papa Louie Pals provides a simple game interface and operation methods that make it easy for players to design game characters. Players only need to use sliders to adjust the body of the game character, then choose from a variety of skin tones and hair colors and can also apply makeup or even add extra details such as freckles. If the player wants to give these characters some personality, find the right haircut, sassy mouth and eye style for their appearance. Finally, players switch to the costumes section to style these characters. Players can choose from hundreds of unique clothes, pants, skirts, jackets, hats and accessories, and the colors of these clothes can be freely changed according to the player's will to create the stunning look they like.

Creating a character is only the first step in the game, then players need to build the scene and tell the story. Players can place their finished game characters anywhere in the scene and use their gestures to rotate and resize the characters. Players can also adjust various poses of the characters and change their facial expressions. This will more clearly match the mood the player wants to design for them. Players can then combine the created characters with custom scenery, text bubbles and props. These backgrounds will help players better tell the stories of these characters. Finally, match these characters with different props and add text bubbles and subtitles. A vivid Papa Louie-themed story scene was born.

If the player wants to find more game characters and game props. Players can also acquire client packs through in-app purchases to add new clients to pose, new backgrounds, and more featuring themed props and new outfits that any custom character can use. Players get new client characters that also match the poses and props players have, and these new characters also come with their own unique alternate costumes.

Once all the basic creations are complete, players can save and share their Papa Louie Pals creations. Players can choose to save the image to their local device or share it with their family, or friends via text messaging or social media apps. When the player feels that he needs to modify the completed work, he can return to the saved screen and edit it again at any time. This makes it easier for players to finally craft the stories they want the most.

Papa Louie Pals is a game that allows players not only to use the created images to share a picture story with friends, but also to use multiple pictures to make a collection and eventually become a comic, or as a picture for some visual fan fiction and many more. In short, if players dare to imagine, its value and function have infinite possibilities. So, download it now and start showing the Papa Louie themed characters you want to create and share with your friends to tell them a funny comic story.