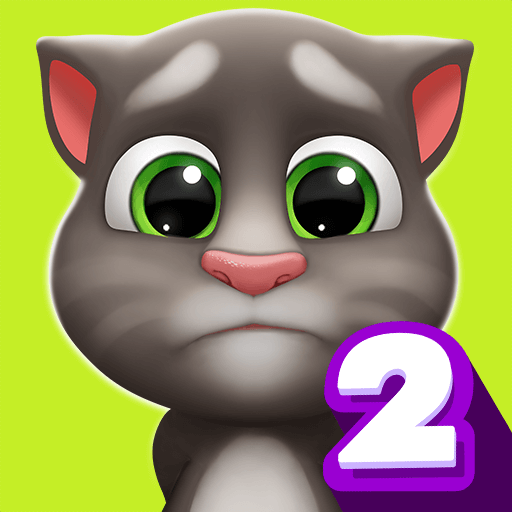 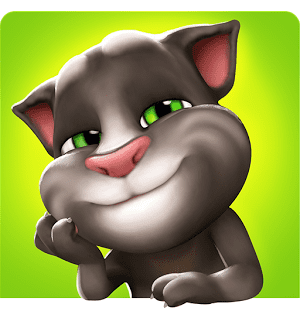 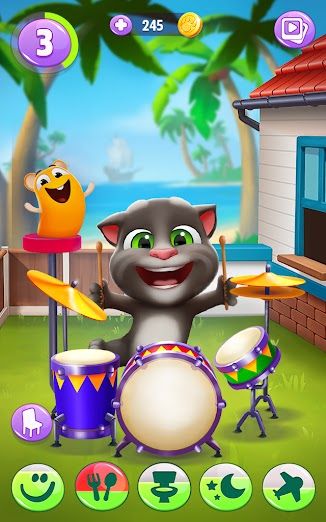 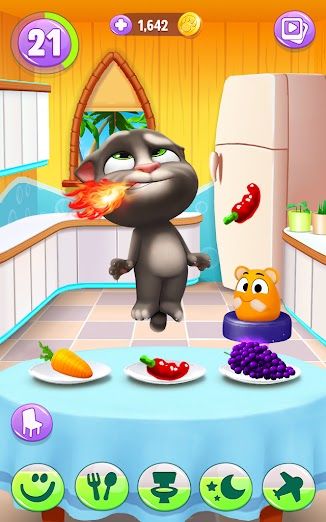 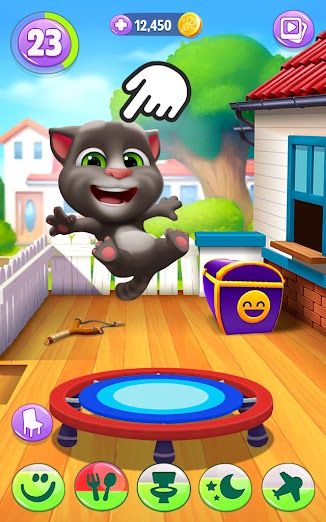 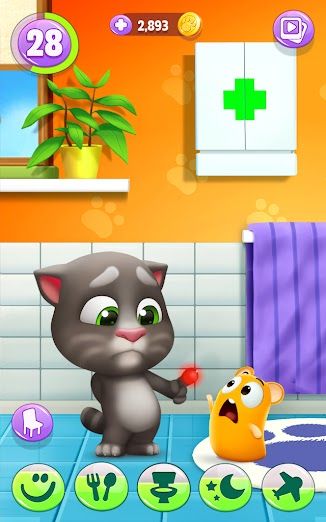 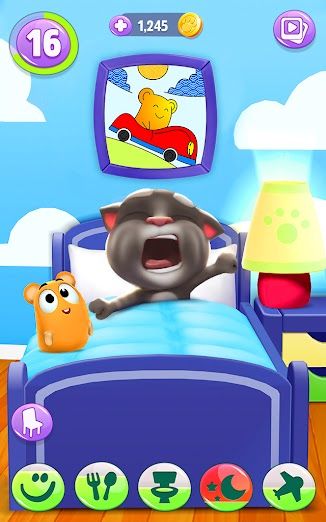 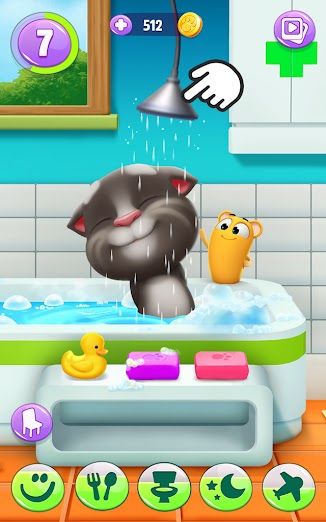 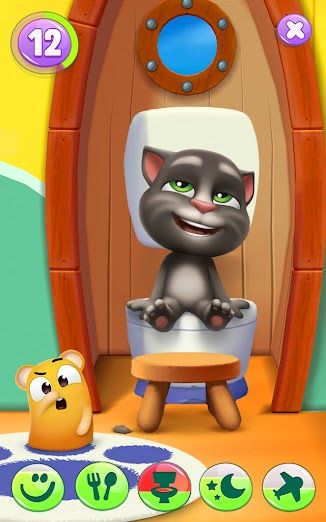 My Talking Tom 2 is a virtual pet game developed by Outfit7 and is the sequel to Talking Tom. Having a pet is both challenging and fun, and what kid wouldn't want to have a cute pet? Just like Pou, Moy, and the other games in the Talking Tom series, it allows players to take care of a friendly little virtual pet. As a virtual pet simulator, you can take care of Tom by feeding him, bathing him, putting him to sleep, and doing other important daily tasks. Starting as a cute kitten, you can turn him into an adult by taking care of him and meeting his needs. The funny thing about this video game is that raising him isn't a chore at all! Playing with Tom every day is undoubtedly a fun thing to do.

You start with a kitten and let him grow by feeding, bathing, playing, and letting him rest every day. Just like you would with a real pet cat. As he continues to mature, you can customize his appearance, clothing, and accessories. And that's not all! Tom is now more fun than ever. There are now new mini-games, new food, new clothes, and new furniture to play with. You can now pick him up, move him, spin him, put him down, throw him, and even put him on the toilet, in the bathtub, in bed, and on a plane. An airplane? Yes, Tom now has his own plane and he can fly to exciting new worlds where he will find amazing new items to dress up and decorate his house.

In My Talking Tom 2, you can customize Tom and his surroundings, including every room in your home. With the money and stars you earn from upgrades, you can buy all kinds of furniture, wallpaper, carpets, and more to add some personal touch to your apartment. You can build the house of your dreams. You can also customize your cute kitty. There are a thousand different combinations to customize Tom and give him a unique look. However, some costumes require coins and you need to earn them before you can buy them. Tokens are earned by winning minigames such as Space Trails, Super Balloons, or Cupid Tom. When you have enough tokens, you can fly to another location and unlock new clothes, food and accessories.

Also worth mentioning is that this time Tom has a pet! Tom's pets are almost as cute and funny as he is. You can also interact or laugh with Tom's pets as he interacts with them. Both they and Tom will react to your touch, so you can try different moves to see how they react. There are five pets to unlock and you will need to try to find them. Tom now has a great box of toys - swings, basketballs, trampolines, and sandbags - and he loves playing with them. But don't play too hard or he'll get sick and hurt, and you'll have to give him more care than before. Luckily, he has a medicine cabinet in his bathroom full of quick and easy medications!

My Talking Tom 2, the sequel to the popular Talking Tom, does not disappoint fans. There's nothing that My Talking Tom 2 can't do, including the series' most popular recording feature. You can say any phrase and Tom will repeat it back to you in his familiar (and quirky) voice. It also adds a lot of new things for players to explore on top of that, and the graphics have been improved. So I think My Talking Tom 2 is a successful product, perfect for virtual pet lovers.