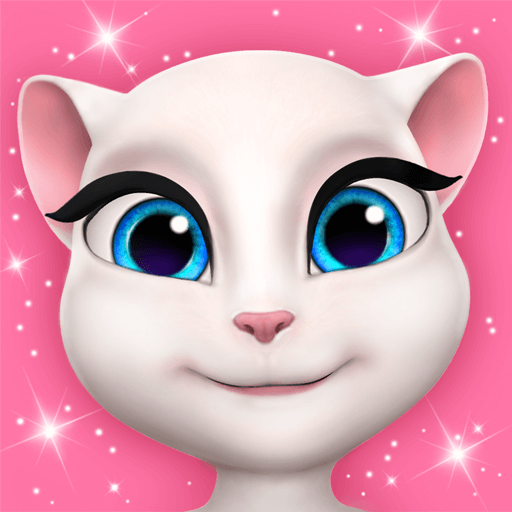 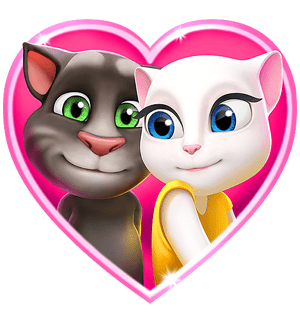 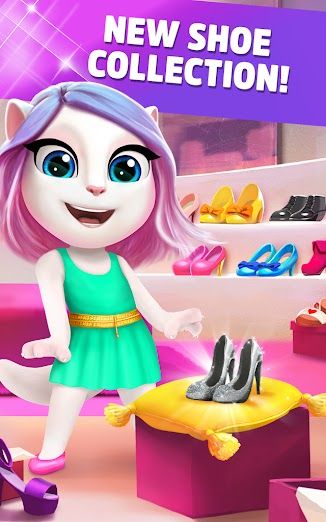 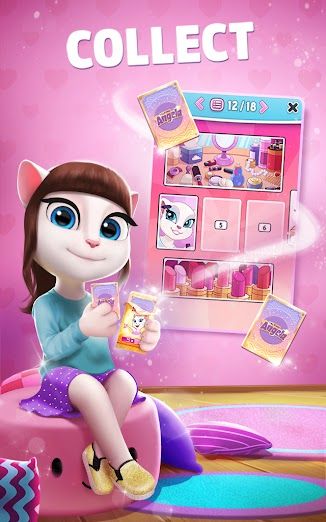 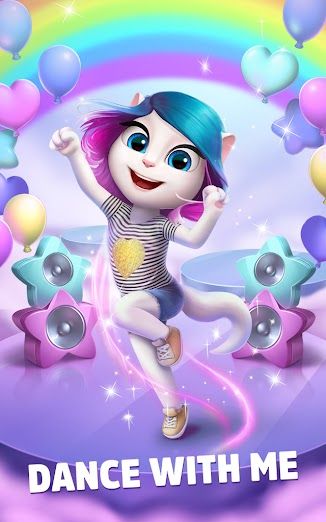 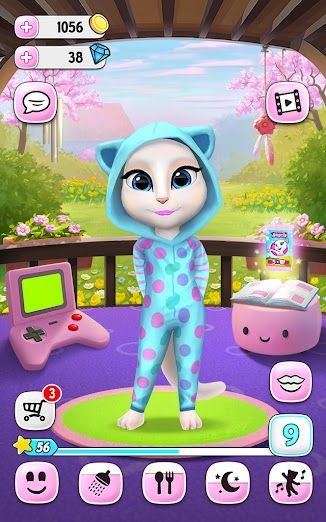 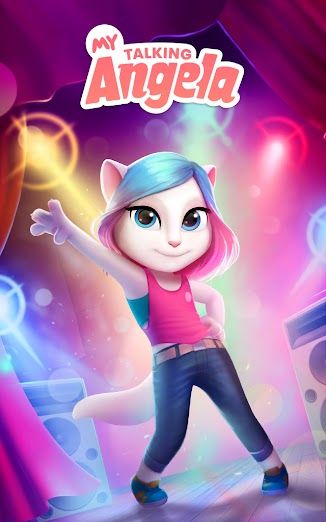 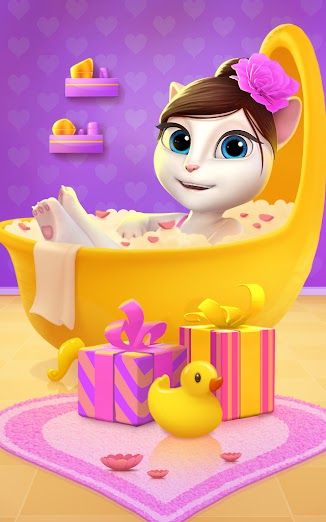 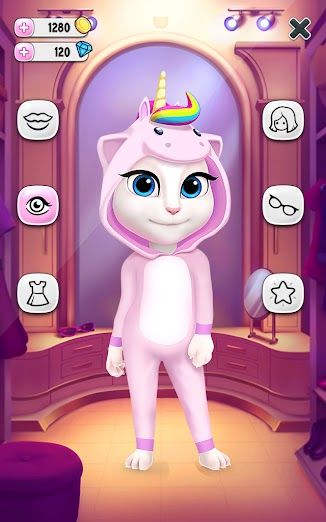 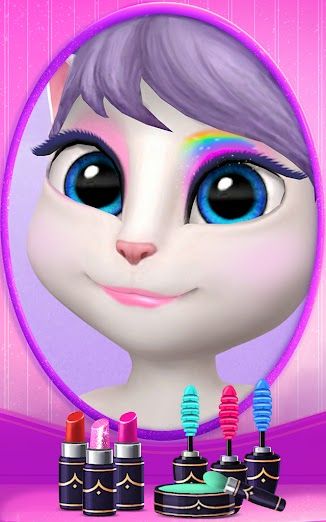 My Talking Angela is an addictive casual game developed by Outfit7, the sequel to the famous Talking Tom and Talking Angela. Angela doesn't like technology as Tom and the others do, she likes to sing and her dream is to become a superstar. In My Talking Angela, you can adopt Angela as your own virtual pet and give her the good life!  From kitten to cat, she is yours to take care of. You can dress Angela up in the latest fashions, make her home beautiful and serve her delicious food. You can also play games together, collect cool stickers, and have endless fun. Make Angela a superstar of your own!

Like most virtual pet games, the core gameplay of My Talking Angela is taking care of Angela's daily life, including petting, feeding, bathing, and putting her to sleep. This part is well-executed, but not very innovative, and not very different from Talking Tom's gameplay. Thankfully, there are plenty of other things to do in My Talking Angela. The first is that you can dress Angela up in any style you like. Choose from a large selection of fashion items for unique outfits, including dresses, shoes, and makeup. Get a new makeover anytime, anywhere!

In addition, Angela's fans can make her world as wonderful and charming as they want by personalizing her house. They can customize the view from her terrace and decorate each room with colorful, fun furniture and different styles and themes. Items to decorate Angela and the house are awarded to the player as gifts as the game progresses, but the number is small and there are many duplicates. If you want more items it costs coins and gems, which you can earn by completing the task of taking care of Angela or playing mini-games, or of course, you can buy them for real money.

The aforementioned mini-games, which are also a new addition compared to their predecessors, include Brick Breaking, Suitcase Tower, and Small Puzzles. these games are easy to master and are designed to test skills, reflexes, and puzzle-solving abilities. another fun part of My Talking Angela is the sticker pack, which you can upgrade or complete by You can unlock them by upgrading or completing tasks. The packs you receive as rewards all contain multiple stickers that you can then place in a virtual sticker album. You can even swap stickers with other players around the world. This is a great and unique aspect of the game and it gives the game even more new things to explore.

Overall, as a classic virtual pet type of game, My Talking Angela still put a lot of thought into innovation. The game's graphics are very detailed and vivid, and the overall pink style and Angela's superstar persona are very appealing to female players. I think the only drawback is that My Talking Angela's gameplay and content attract more children, while adults will soon feel bored with such simple and repetitive tasks and may not stay here for a long time.  Considering this situation, the fact that the game still contains a lot of ads and in-app purchases will make many parents worry.