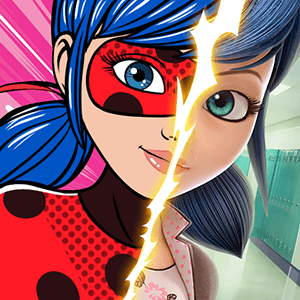 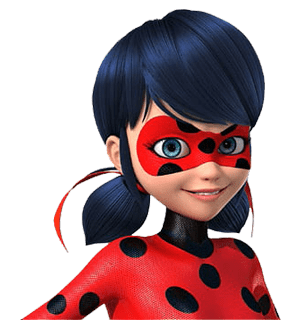 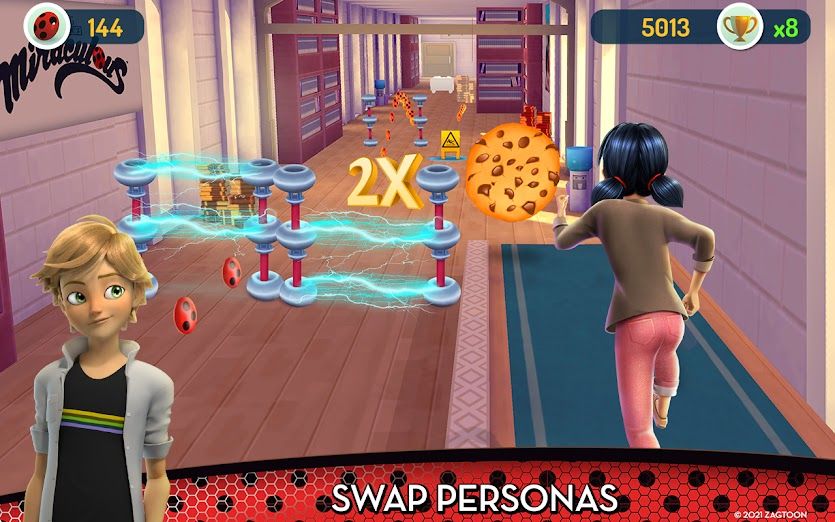 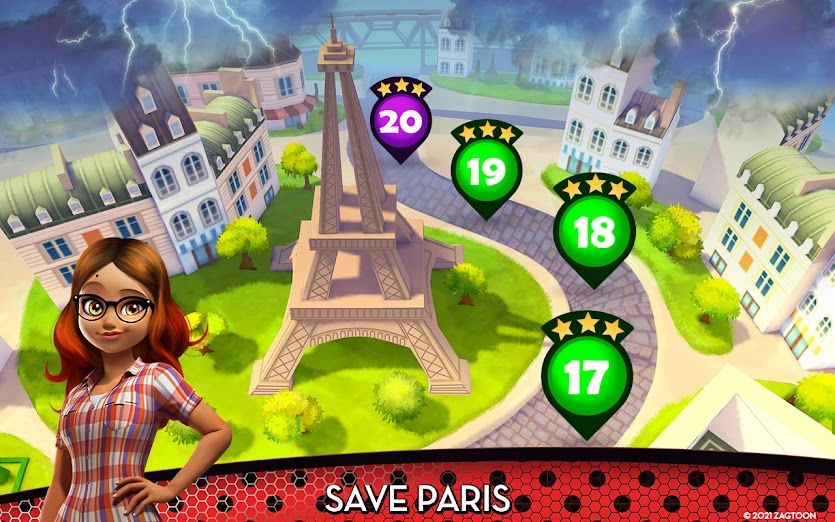 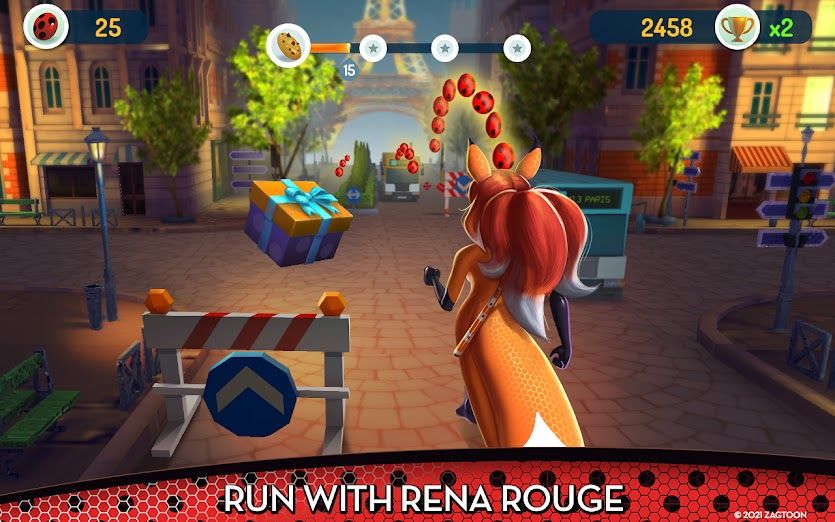 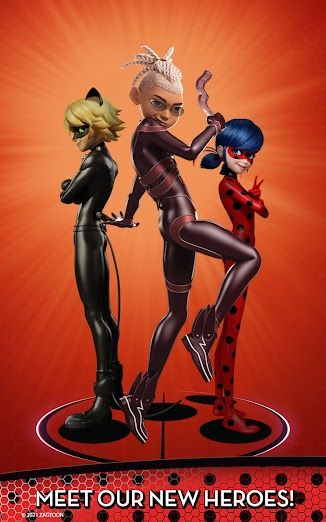 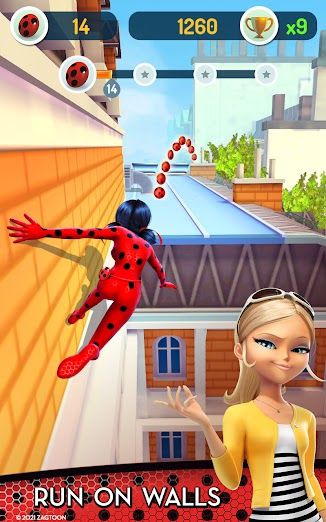 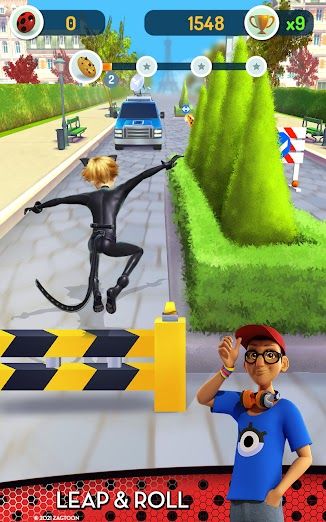 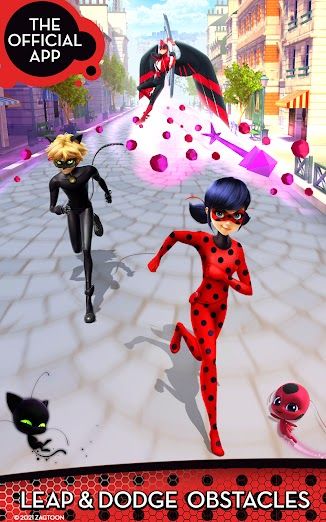 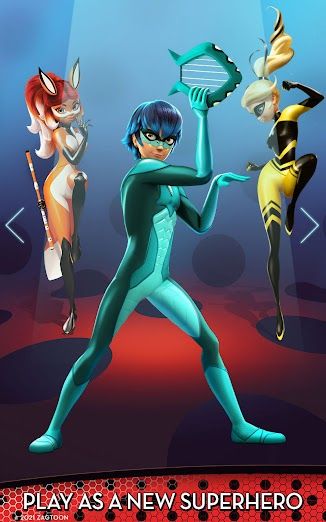 Miraculous Ladybug & Cat Noir is a superhero running game based on the popular anime, set in Paris where a villain named Hawk Moth is destroying the city and only you can save it from destruction! You need to play as the awesome superheroes Magical Ladybug and Black Cat and jump into the magical universe. Cross the streets of Paris, jump and avoid obstacles and defeat the villains. But you have a secret, during the day you may be an ordinary teenager, but at night you will become a superhero traveling through the alleys of Paris and running and jumping on the rooftops to save the city.

The gameplay of Miraculous Ladybug & Cat Noir is a typical parkour game, control the superhero to run forward to avoid obstacles in the running path and collect as many coins as possible, of course, in addition to coins accidentally there will be other surprises waiting for you to explore, such as awesome energy props. In addition, you have to fight dangerous villains dark cupid, stormy weather, bubble dragon, and so on. In short, saving the beloved city is not so simple, you need to break through the many difficulties brave forward. I will give you some tips and tricks to help you progress faster in this awesome runner.

1. Collect all things as much as possible

As you run endlessly through the city, you'll see a bunch of different things to collect. These include coins and props, and we recommend blazing a trail and picking up the most stuff along the way. Because these things can help you get an epic boost on your run to help you break through obstacles and fly faster than ever before. And the coins you collect can be used to unlock different new characters (there won't be many, and most of them are a bit frustrating to have to supplement paying real money to unlock)

2. Fight against the villains to save the city

Fighting against the villains in Miraculous Ladybug & Cat Noir has a very important role to play and you can get a lot of rewards through this activity. Although this is a running game, your mission is to save your city, you should beat the villains to dust and complete the Paris rescue mission!

As you run endlessly through the city, you need to avoid all kinds of obstacles and collect everything possible, which requires you to have strong reflexes. You need to keep practicing, and your reflexes will naturally improve over time. Stick with it.

Overall, it's a challenging, addictive, and super fun superhero parkour game that not only challenges different levels but also allows you to play like a superhero, and I highly recommend it to anyone who needs a game to pass the time!