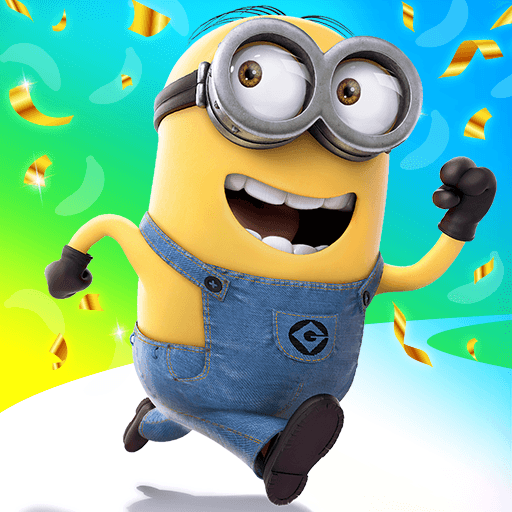 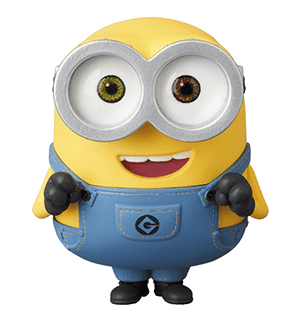 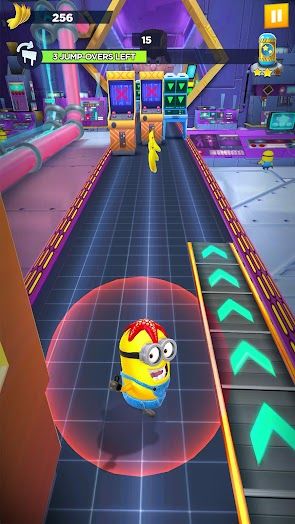 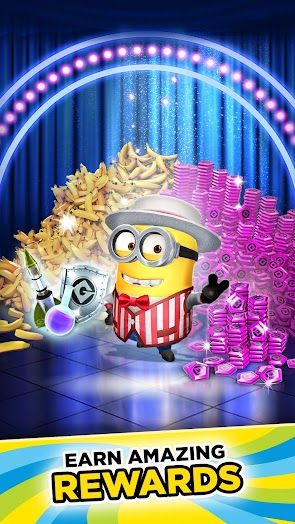 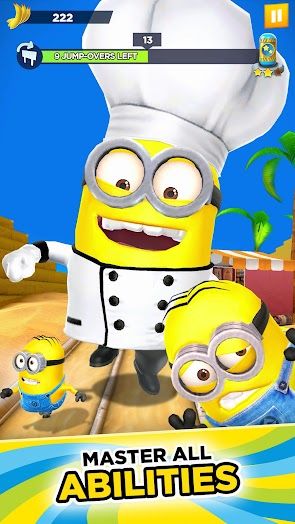 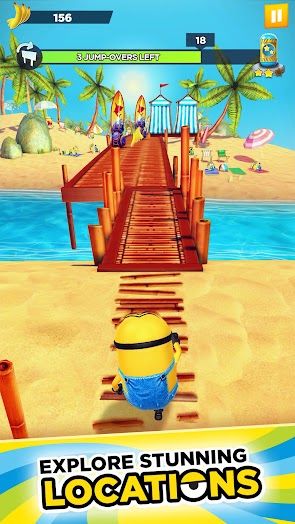 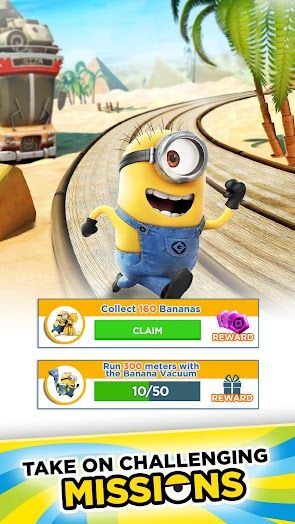 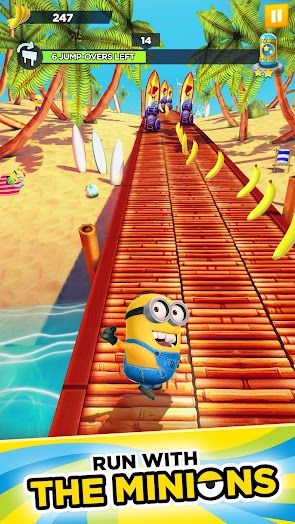 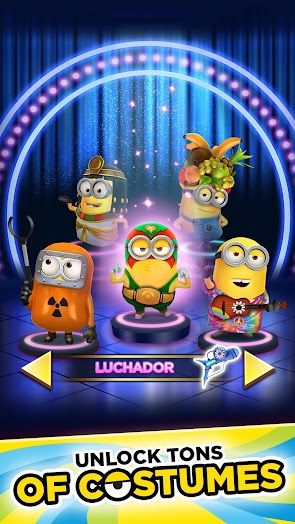 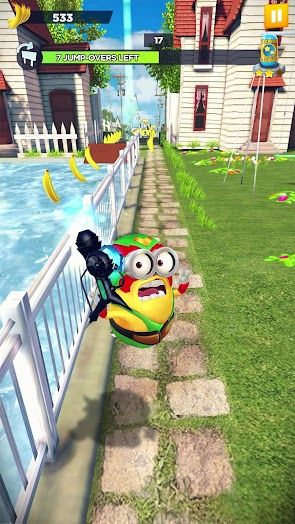 Minion Rush is not only a mobile parkour game with all the fun of the Despicable Me and Minions movies; it's also a free hit on mobile with all the simple action and stunning graphics that make this endless parkour game enjoyable for everyone. Running is not the only thing that is endless. Minions have added exciting missions, levels, objects, and crazy costumes to this family-friendly action game, allowing your Minions to dress up as you like. In addition, fresh adventures and content are constantly being added, so you will never run out of despicable fun.

The game uses the familiar three-line system and thanks to the simple controls and unlimited action, you will know what needs to be done in a matter of seconds. All you have to do is run, sweep, dodge, and jump, which is easily done by swiping in all four directions. There are bananas everywhere in the game and they are one of the two currencies in the game. There are also several types of power-ups that appear, which can be increased by spending bananas. Another type of currency, tokens, sometimes appear, but only up to five per day. The game is so stingy with the second currency relative to the price of things that it is essentially worthless except for the occasional continuation.

Just like other similar games, the key to performing well in Minion Rush is to increase your multiplier as much as possible. In the game, you can build your multiplier by implementing despicable behaviors. This is usually just a minion who meets or replaces your companion in other ways, but you can also get this reward by using some power-ups to destroy things. Your starting multiplier is determined by how many game tasks you complete. You have three missions at any time, from Gru, Dr. Nefario, or Gru’s daughters. Gru’s mission is usually the most difficult to complete. A large part of these tasks is related to the social functions of the game, such as recruiting your friends, defeating their scores, issuing challenges, and so on.

You can also unlock additional costumes that are more than just cool clothes, they're more like new characters. Each character offers some sort of special ability, such as gaining bonus points, extra running speed, grabbing more bananas, or the necessary tools to complete difficult tasks, and they are the key to your victory. Some of them can be purchased with bananas, but most of them require a lot of tokens. Sadly, this game is so stingy with its tokens that even though a lot of work has been done to provide them with all the extra animations, most people will probably never see them.

Other than that, Minion Rush is an awesome game with beautiful costumes, the best missions, and great activities. If you're adventurous enough and a fan of Minion, this is a great way to entertain yourself. With each update to the game, it's fun to unlock a new story that goes on for a while in special missions! I love this run and gun game with all the cinematic fun!