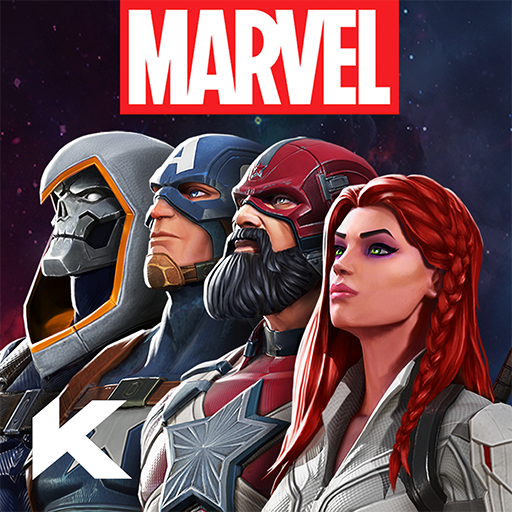 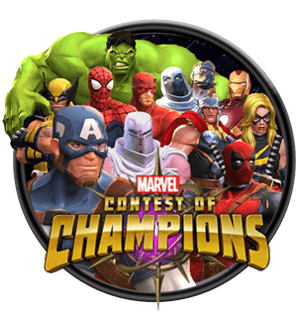 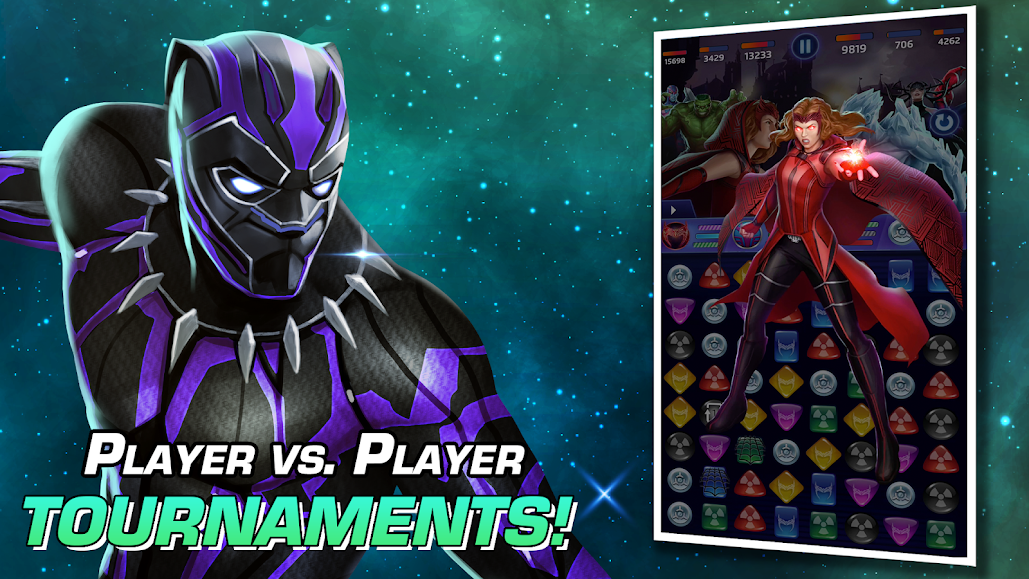 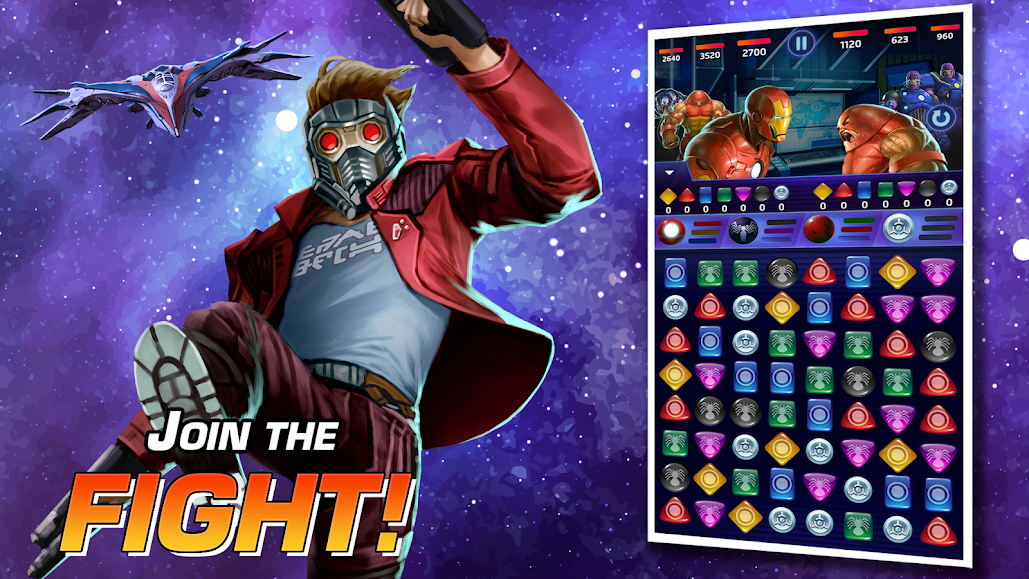 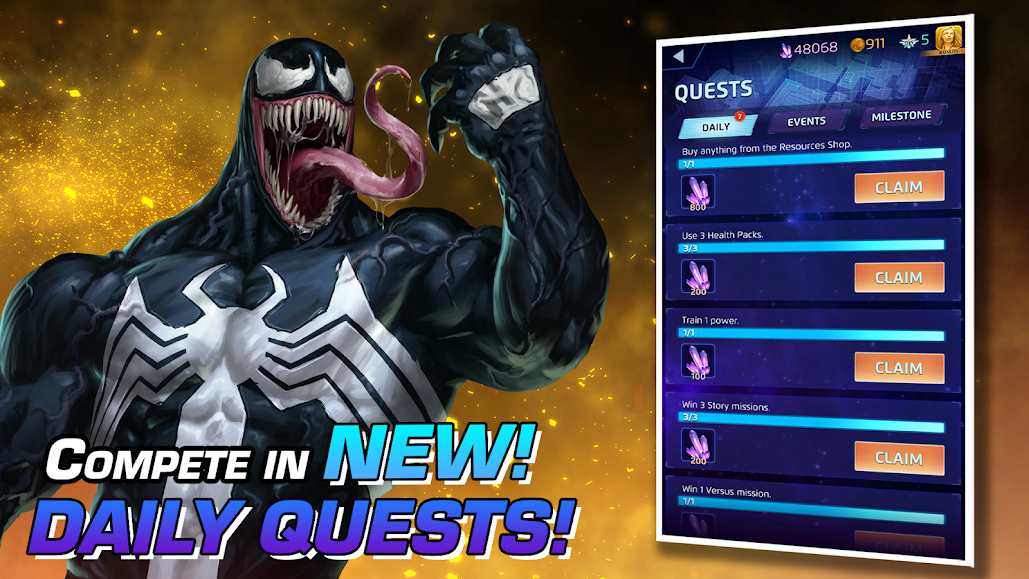 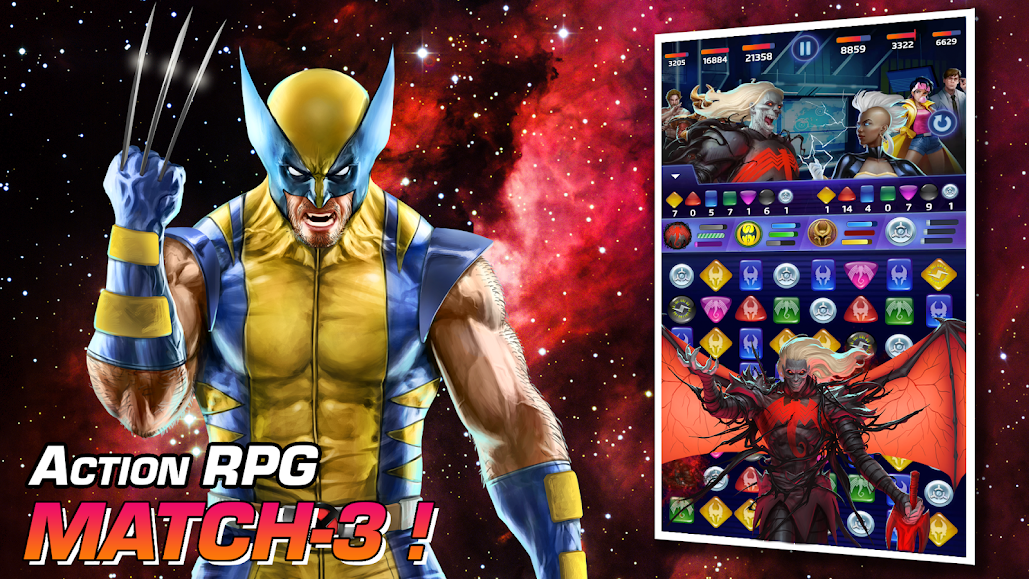 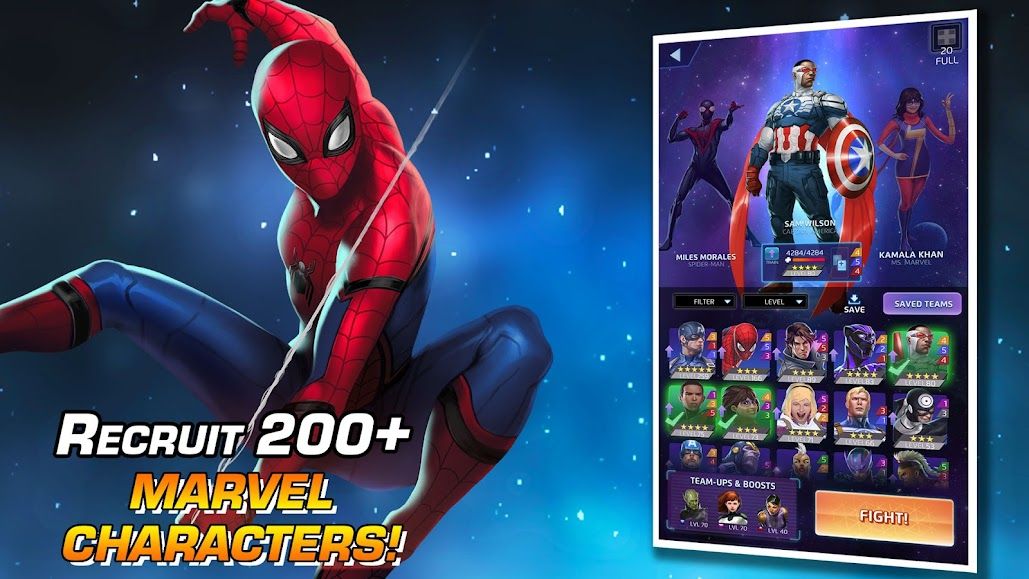 Taking loose inspiration from the Marvel Comics mini-series also called Contest of Champions, the plot here sees an assortment of Marvel heroes and villains brainwashed to take part in 'The Contest'. Combining super cool superhero 1v1 battles with blind box collecting allows players to perfect the extraordinary duel between superheroes by simply sliding their fingers; the more you fight, the more heroes and villains you can recruit, and hero distribution occurs with gachapon-style randomness, which makes collecting a different kind of fun.

The combat is simple to learn, with all fighters sharing the the same move set. You’ll swipe and tap to perform basic attacks, swipe backwards to dash away from your opponent, and hold your finger to the screen to block and/or power up a heavy attack. When you deal and take damage, you will fill a special gauge that powers one of your character's special moves.Aside from this sole difference, all characters play more or less the same. Simple controls and combat mechanics greatly reduce the threshold of high-level operation skills, making it easy for every player to get started and experience the fun of fighting!

Each fighter has essentially the same skills, and there is little need for character-specific tactics, which becomes the game's most obvious drawback. Some players looking for variety and strategy will find it too superficial to stay interested for long. Of course, if you're a hardcore Marvel fan like me, you may feel that different moves don't necessarily equal interesting gameplay, and that interesting gameplay doesn't necessarily require different moves. Whether it's Iron Man's long-range light wave or Hulk's close-quarters brutal action; whether it's Captain America's mid-range siege or Spider-Man's erratic stance, the fact is that as long as it's a different hero will bring me a sense of freshness.

Many superheroes under Marvel, Iron Man, Spider-Man, Captain America, Hulk, and a wave of popular stars will appear in the game. The game uses high-definition and high-definition graphics to give players a blockbuster-level visual shock, and full 3D character modeling makes characters from the comics appear on the screen. The movements of each character in the game come from motion capture technology, so it looks realistic and smooth. Especially when the superheroes use the three Nirvana techniques, they are accompanied by close-up animations calculated in real-time, making the battle instantly ignite.

I can't say for sure that Marvel Contest of Champions is for everyone; it can't compete with dedicated fighting games like Street Fighter X Tekken. If you're looking for complex action or the kind of variety that crazy different fighters can offer, it doesn't satisfy you. After all, it's hard for a casual comic book reader who's just in it for the fighting to understand why you'd care to use Cyclops instead of Wolverine. But if you're a huge Marvel fan or are looking for something fun and easy to pick up, Marvel Contest of Champions is a great game to add to your collection.