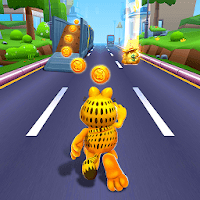 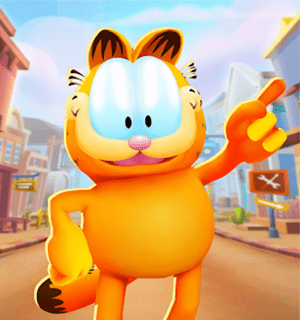 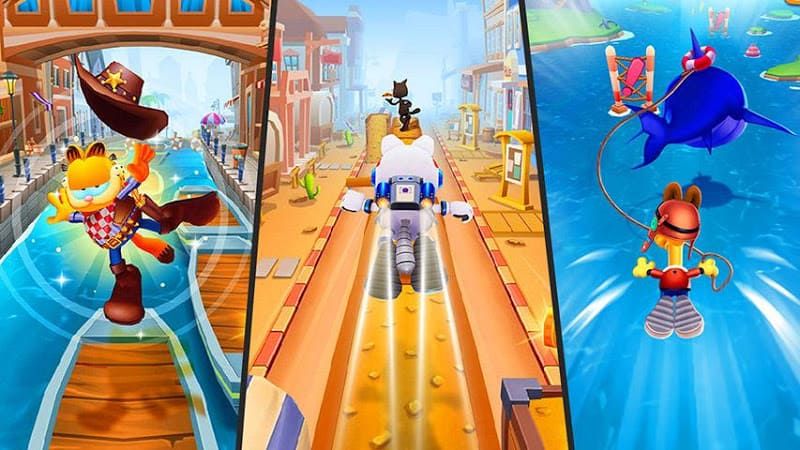 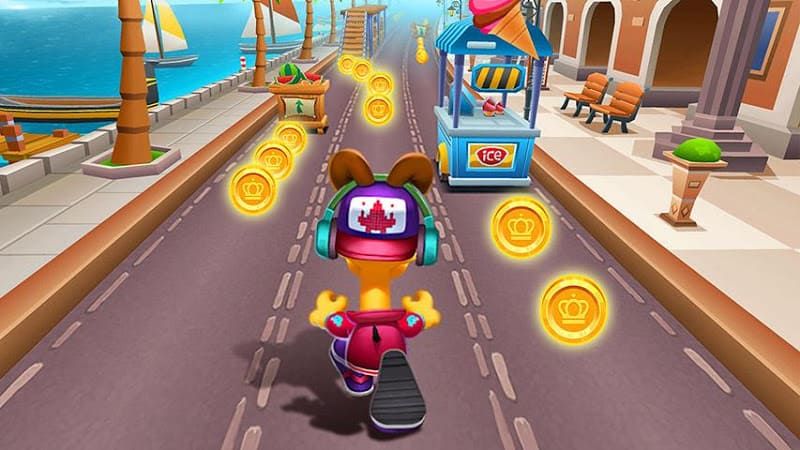 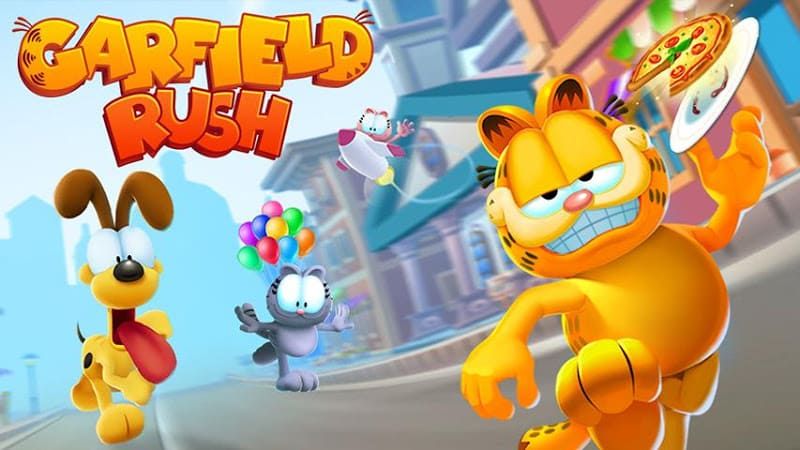 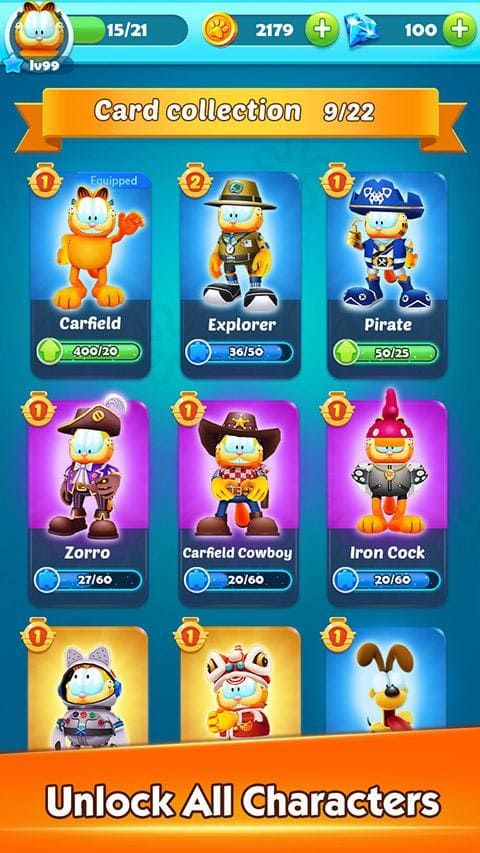 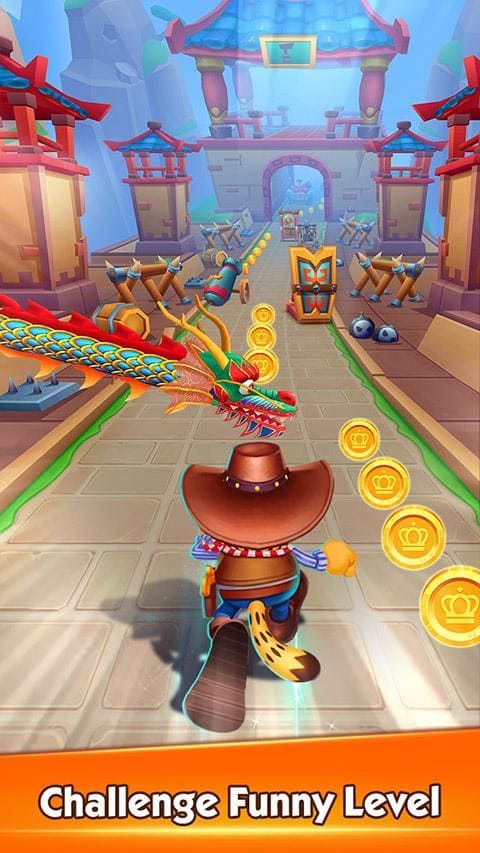 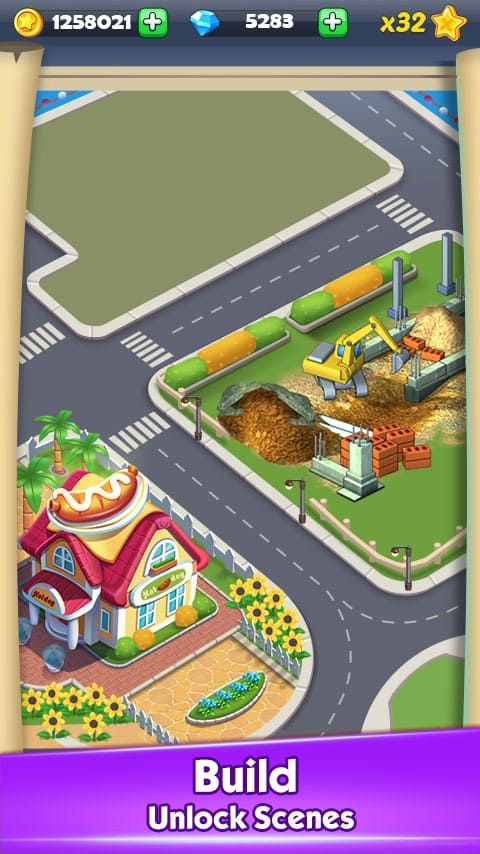 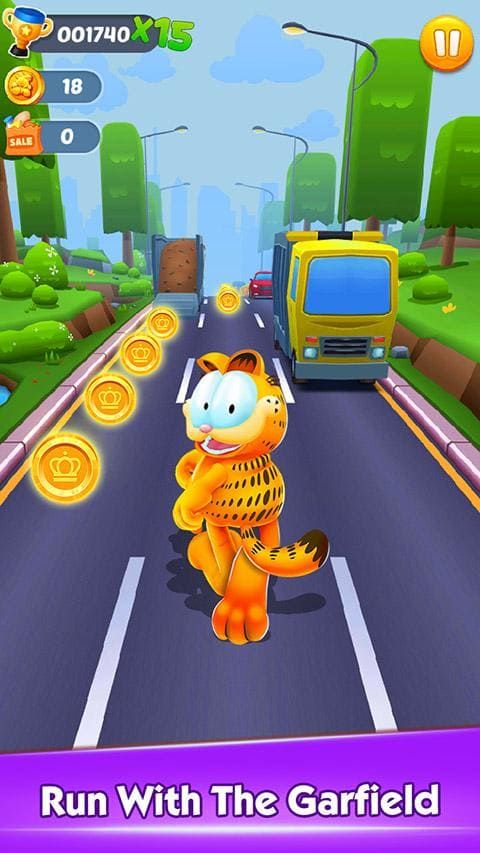 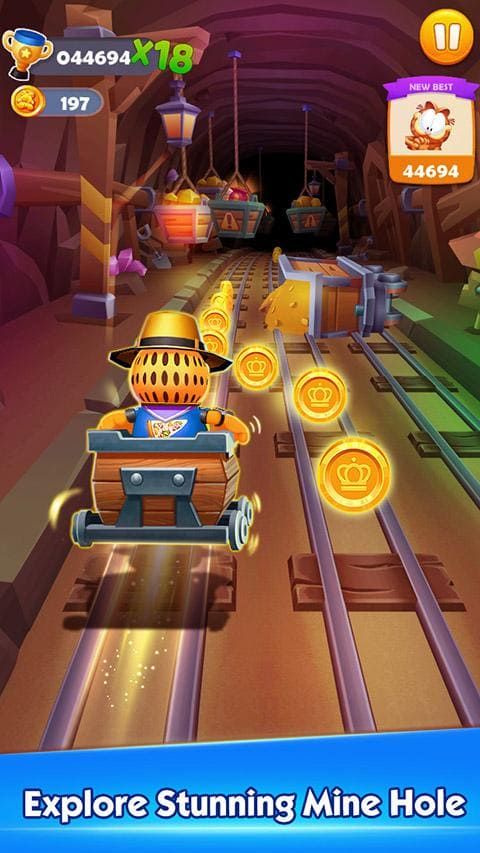 Garfield™ Rush is a Garfield-themed running game published by Ivy. The players are Garfield, Odie or Nermal. After being tricked by a cunning cat named Harry, the player chases him. As they run, they grab gold coins from the air while avoiding collisions with vehicles and other objects, as well as jumping on top of vehicles to find shortcuts. The game chooses to have more fun running with Garfield, running, or feeding your character with rich food. More pets to choose from, different designs are suitable for all ages. Jump, slide, roll and run left or right to avoid obstacles. This is a very fun and adventurous pet running game that allows the player's cat to maintain the fastest speed, jump, surf. It's a lot of fun, players must feed Garfield rich food, Poutine, pasta, bacon and beef, hot dogs, Deviled eggs, fried egg tarts and more. You will gain experience points after feeding. Garfield's run is easy to control, and the use of props is important. The higher the score, the more gold coins, the longer the distance. Common items such as score boosters, magnets, coin boosters or jetpacks. Remember to upgrade, players will get high scores and gold coins.

Who doesn't know this cute lazy cat? Garfield is now in a mobile game called Garfield Rush, which has an endless running concept. This Subway Surfer is very similar, except where the player takes on the role of the famous cat Garfield, the player must chase the evil cat named Harry as Harry steals Garfield's lasagna as fast as he can. The controls in Garfield™ Rush are standard for the genre: swipe left to right to change lanes, swipe up to jump, and swipe down to crouch. With this simple control scheme, the player must avoid all obstacles in the game: buses, trucks, ditches, billboards and more. During the chase, players can collect coins and use them to unlock new characters. The problem is that when the game starts, the player only has one character available, but eventually, the player can play with more. Not to mention props scattered along the way that allow players to walk faster or use magnets to attract coins.

In Garfield Rush, the game will have daily rewards, where players can claim their daily rewards. Then in Missions and Achievements, the player can see the missions that must be completed to get the diamonds and view the player's achievements and claim the rewards. It also has leaderboards where players can view their personal rankings in the game. This motivates players to be competitive and competitive. Online leaderboards offer some achievements for the most persistent players. When the player reaches the required level to unlock the reward, the game will also have a level reward. This will make your Garfield even better in the game.

Garfield Rush's gameplay is like Subway Surfers. While the gameplay isn't terribly unique, the game is fun, simple, and addicting, but with the same depth as a computer game. Especially since there are well-known Garfield characters. Also, it has great graphics and character design and beautiful graphics. The graphics are dazzling and make for a very immersive experience. I highly recommend this game to parkour fans and Garfield fans.