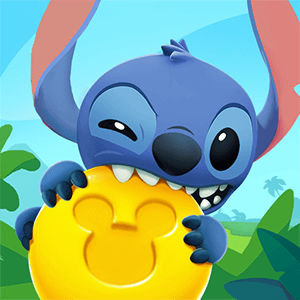 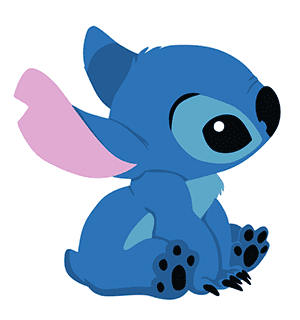 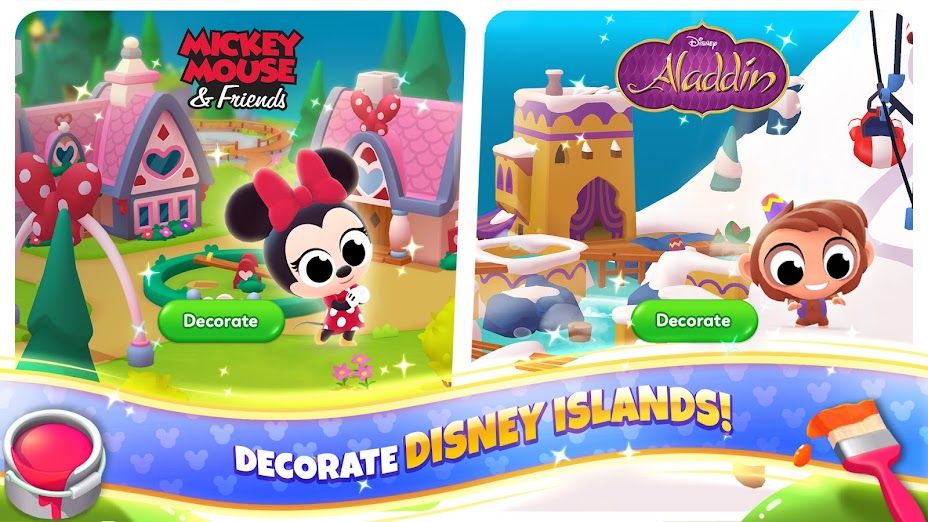 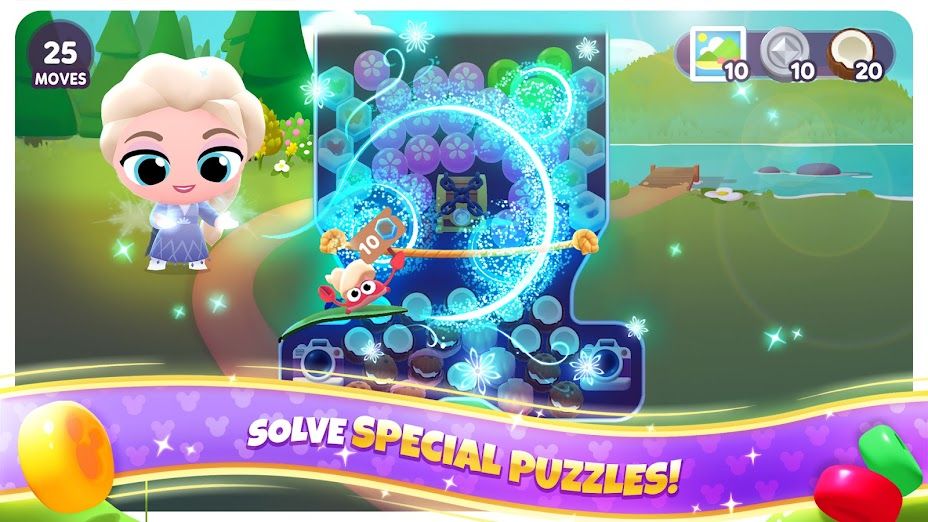 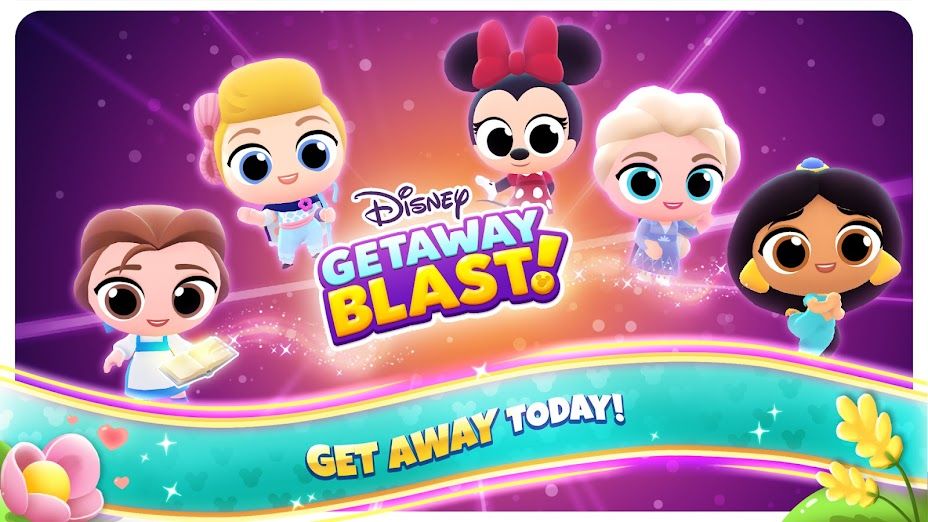 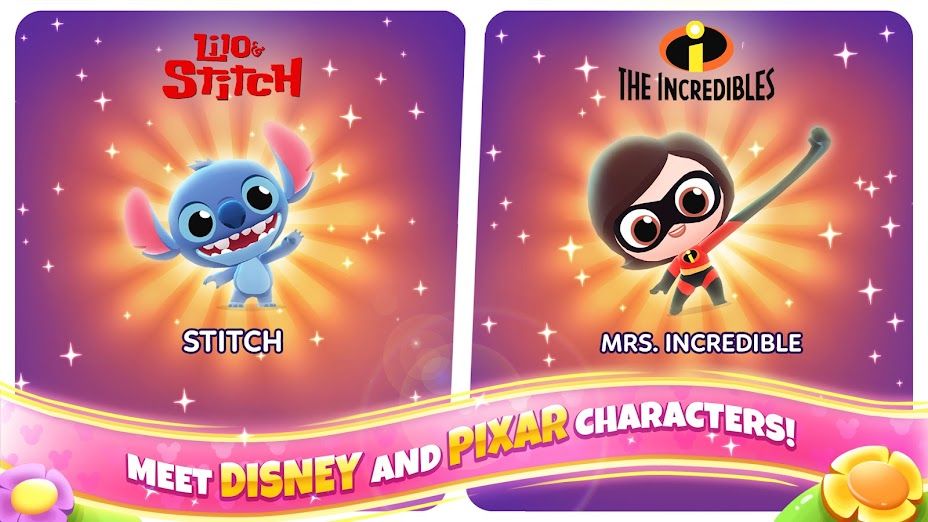 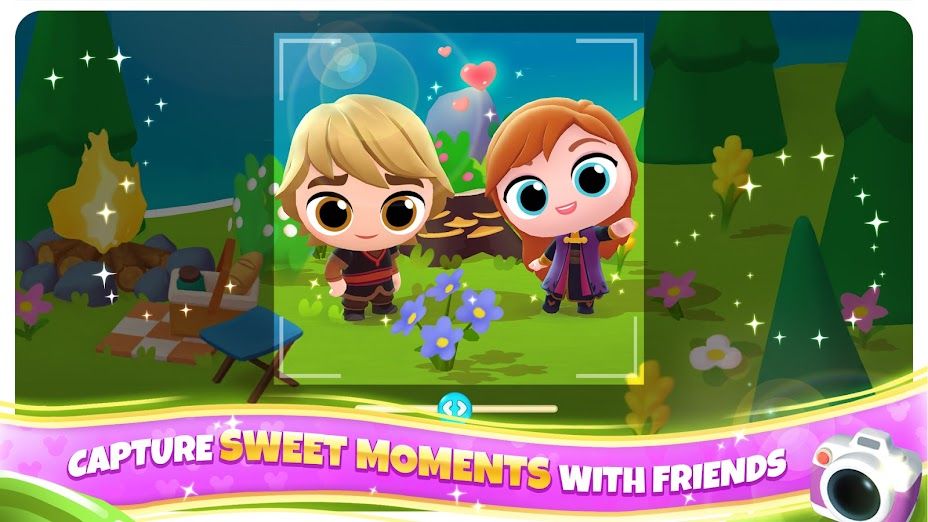 Disney Getaway Blast is a free puzzle game developed by Gameloft featuring some highly addictive merging and matching games. But rather than being a regular match-three game, Disney Getaway Blast is a bubble-popping game that asks you to tap on groups of two or more touching, matching bubbles to remove them from the board. The core gameplay is level-based, and each level will have different objectives. For example, one level may require you to place beach balls at the bottom of the screen by matching underneath them, while another level may require you to clear the boxes on the board by matching next to them.

Although you don’t need any more than two tiles to make a match happen, it’s still recommended that you try and match as many as you possibly can in every turn. If you can clear a large group of bubbles in a single click, you will see different power-ups appear, which may be rockets, firecrackers or colored beams. All of these power-ups do a great job of popping a lot of bubbles together, thus making your task easier. You can also purchase extra power-ups with coins, the game’s currency. You’ll earn some coins for free, and you have the option to purchase more using real money.

Of course, the biggest highlight of Disney Getaway Blast is that the game takes players along with beloved Disney and Pixar characters to an enchanting island paradise, home to a wide variety of locales and challenges. They can collect over thirty characters such as Stitch, Belle, Mrs. Incredible, Minnie Mouse, Anna, Buzz Lightyear, Aladdin and many more, each providing special abilities like Elsa’s ice magic to recolor puzzle tiles or the Genie’s power-up generator skill to tackle the trickiest puzzles. his quirky take on iconic Disney and Pixar characters adds a playful, light-hearted atmosphere to the game.

The graphics of Disney Getaway Blast are as you would expect from a Disney game, very vivid, colorful and cartoon-like. The bubbles themselves look sharp and vibrant, the animations and special effects are gorgeous, the user interface is slick, and overall, Disney Getaway Blast definitely surpasses other games in terms of visuals. And the game comes with typical Disney music and sounds that are happy, upbeat, and fun. Many times I find myself annoyed by the music in match-three games, but here I am enjoying it.

All said and done, Disney Getaway Blast is definitely a worthwhile game for players who want an addicting and engaging puzzle game to pass time. After certain levels, the difficulty rises to the point where you get frustrated and even want to continue with real money to buy new lives or power-ups. But if you can avoid this little obstacle, I would recommend this game to you.