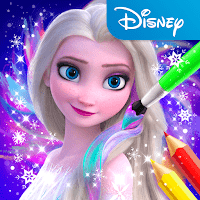 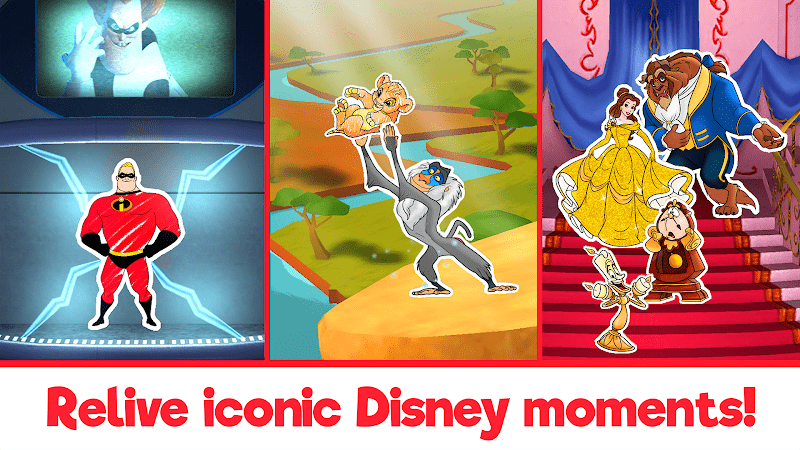 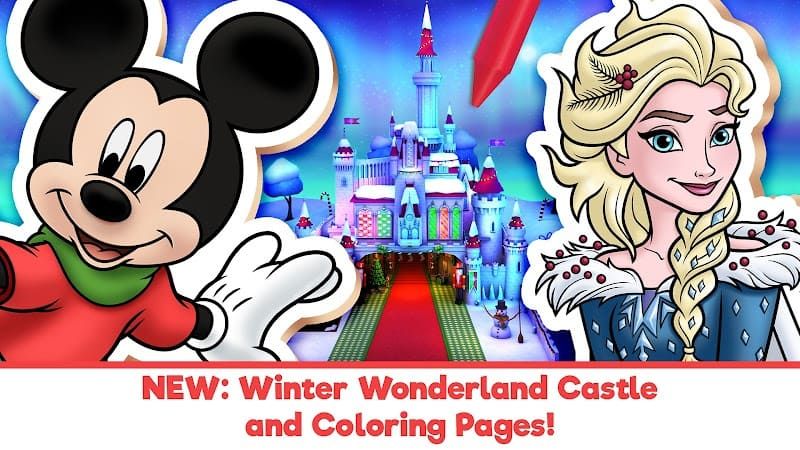 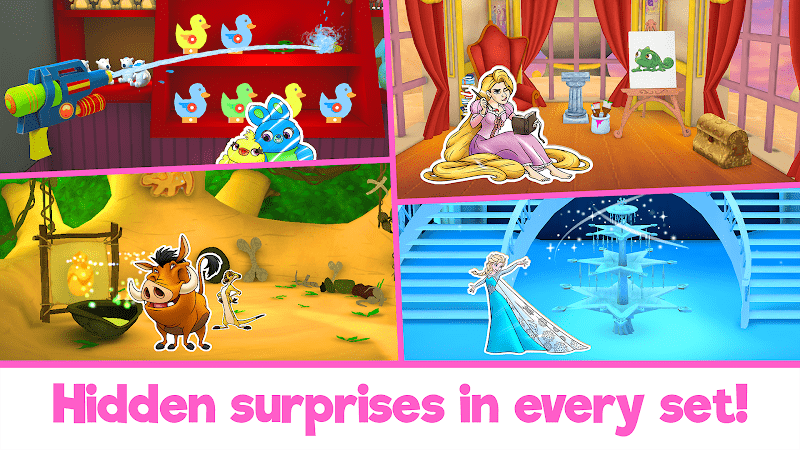 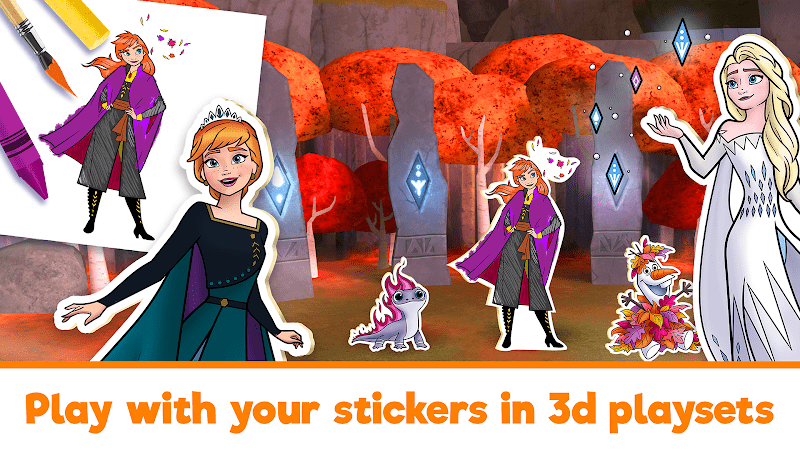 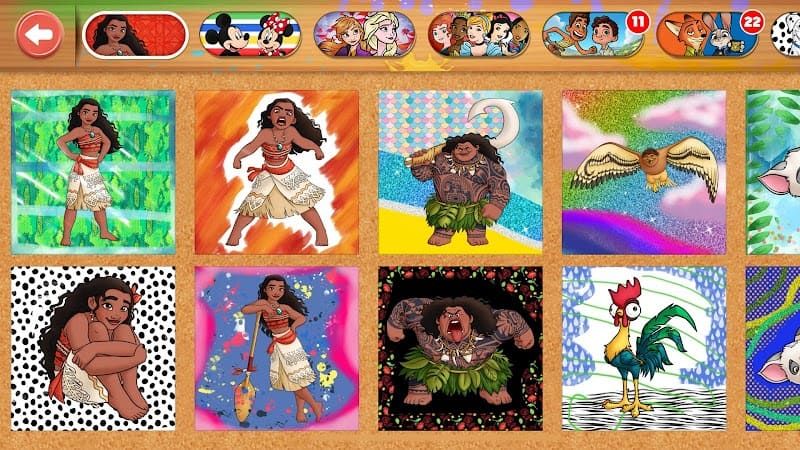 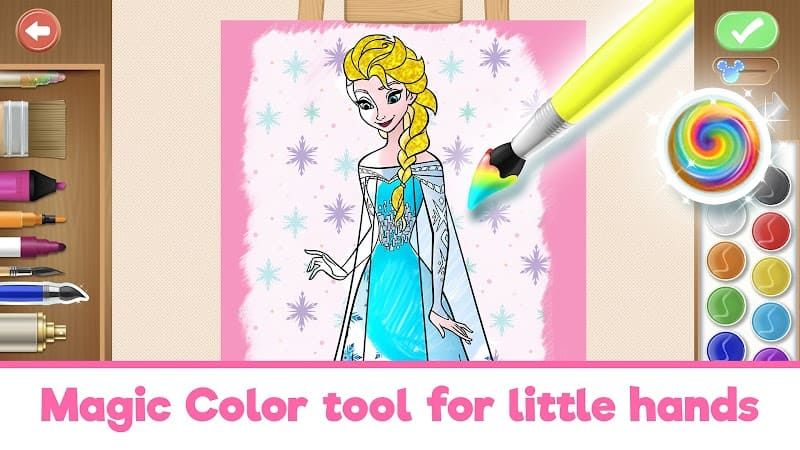 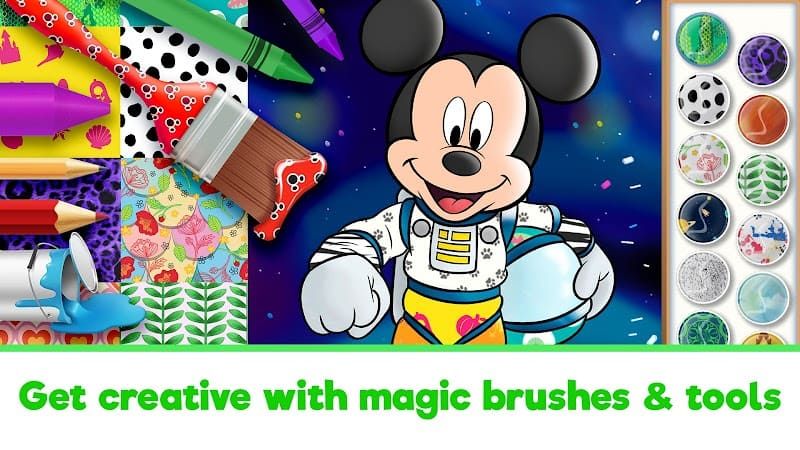 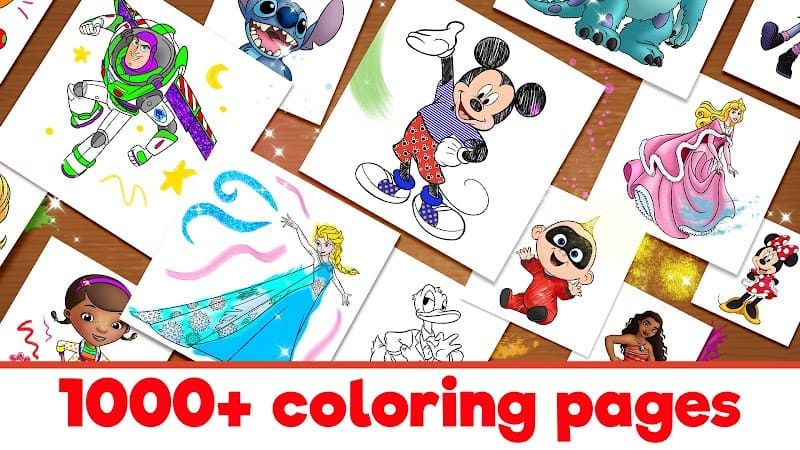 Disney Coloring World is a coloring app published by StoryToys, it features many well-known Disney characters and franchises, including classic originals such as Mickey Mouse and Donald Duck, The Lion King and Toy Story, as well as a selection of Disney princesses, including Ariel, Belle, Jasmine, Pocahontas, Mulan, Cinderella, Aurora, Tiana, Rapunzel, Merida and newer characters like Wreck-It Ralph and Lightning McQueen. Meanwhile, Disney Coloring World is full of different images to color, with different categories such as princess, car, classic, etc., which are filled with dozens of different characters and poses.

Users need to create masterpieces from more than 100 of their favorite Disney and Pixar characters, then bring them to life in numerous iconic interactive environments, and Disney Coloring World has a huge selection of images to publish, providing countless hours of enjoyment. This coloring app also has hundreds of characters, movies, and shows to explore, and users can choose what and what to color, including creative combinations of art tools, colors, magic brushes, and more to let users use their imaginations. Can you imagine what would happen to Queen Elsa in Frozen in a black dress? How about Toy Story's Buzz and Woody in matching yellow coats? What would Donald Duck's black hat look like? Disney Coloring World's menus are designed to be very easy to use and easy to get started with. There are different colors on one side and different styles of tools on the other. If the user nudges the color by mistake, this is easy to fix with the undo button.

Once the user has colored your character, it's time to explore the world of Disney coloring. Users relive their favorite movies or make up their own epic adventure with Disney Coloring World. Bring your user's creations to life in an interactive 3D world. Check out Elsa's Ice Palace or explore the Enchanted Forest or visit Beauty and the Beast Castle. One of the biggest problems users can have with the app is how little control you feel you have when coloring. If users like to have more control over their drawing skills, users can buy a pen accessory like an Apple Pencil, etc, which has the benefit of being able to use the stylus as a pen and all these lack of control issues will go away.

Disney Coloring World, while much like a kid’s app, feels like a lost opportunity for a large user base, but by focusing more on a younger audience, it can do what it needs to do. Disney Coloring World doesn't have any ads or extra popups to buy more stuff like most mobile apps, which is a great thing for parents. But it costs $19.99 for a yearly subscription, which is nice if you want to use it year-round. Meanwhile, Disney Coloring World is trying to recreate something simple and has almost succeeded, and I recommend that users try the app for a free trial.

Now play with characters from The Lion King, Wreck-It Ralph, Frozen, Toy Story, Cars, or classic characters like Winnie the Pooh, Tigger, Mickey Mouse, Minnie Mouse, Goofy, Donald Duck, Pluto, Daisy Duck Wait for your favorite characters to color and play together. Remember, every time you complete a page of characters, Disney Coloring World unlocks more characters and pages for endless fun, it's a reward for the creativity of the user or your kids, start you with your kids right away Try our Disney Coloring World for free and bring cute Disney characters to life and make them your own.