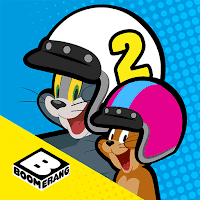 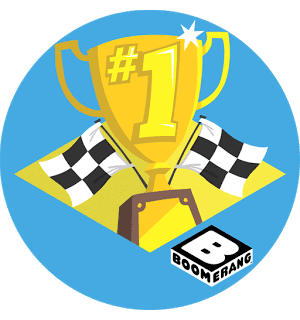 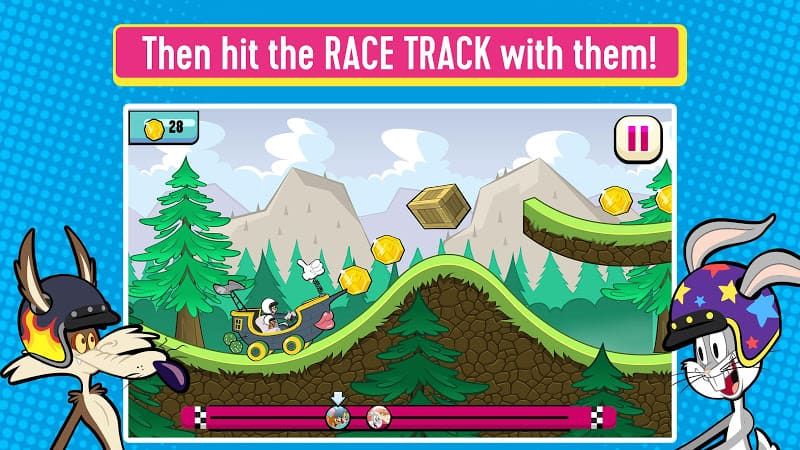 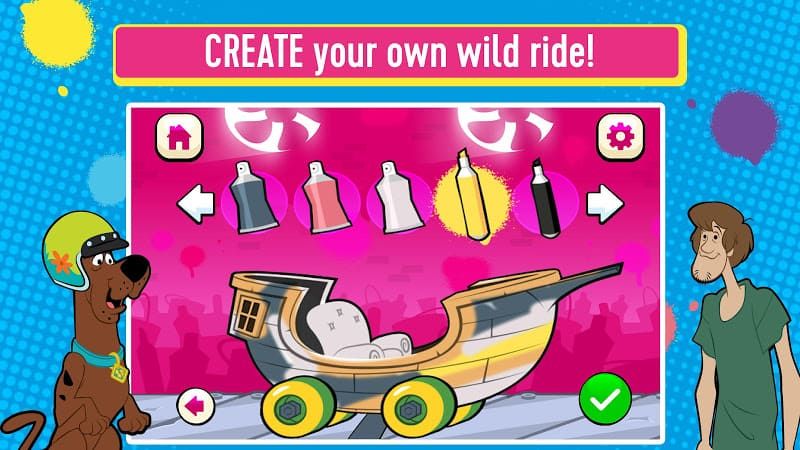 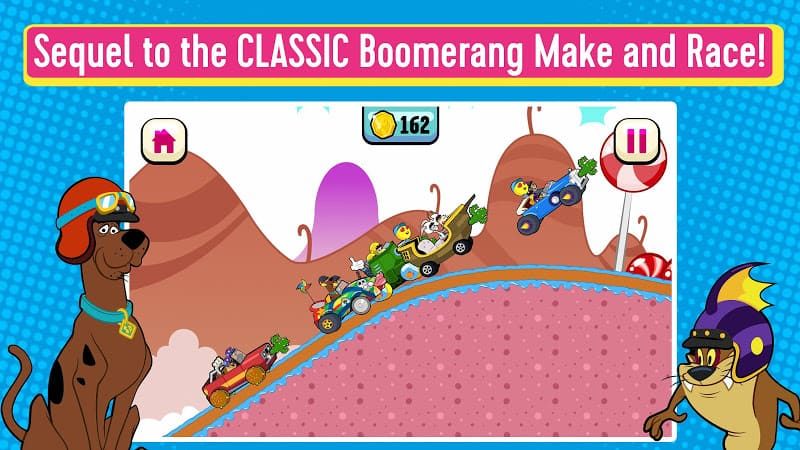 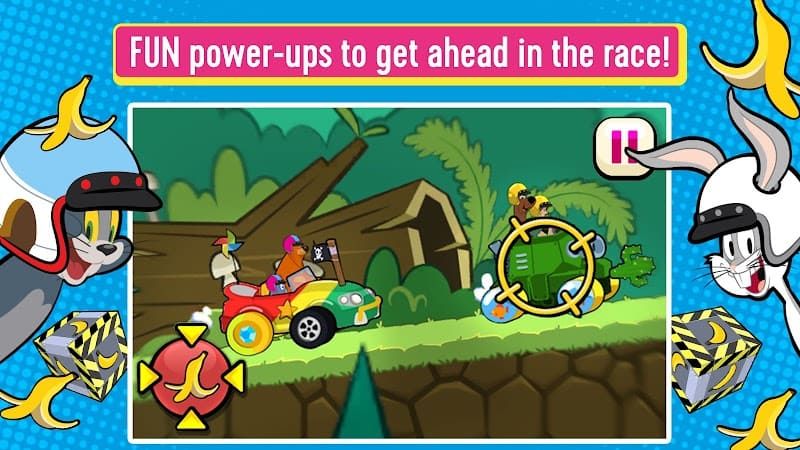 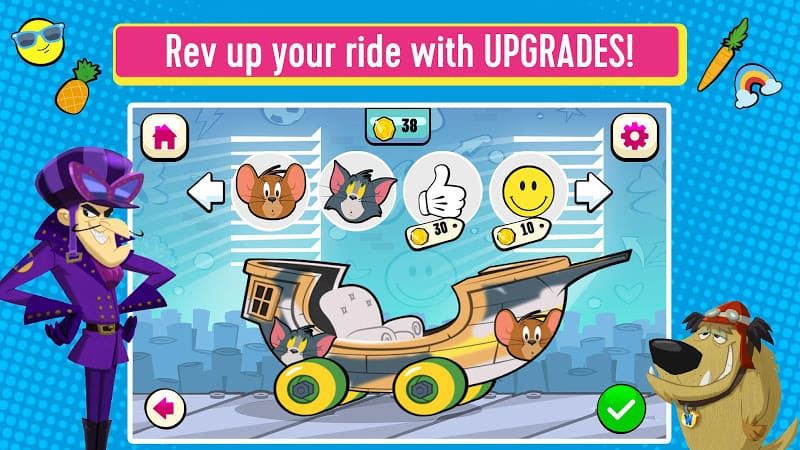 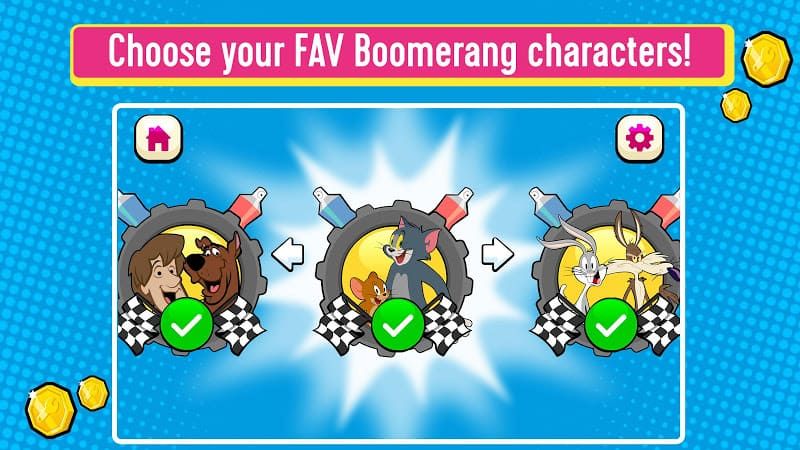 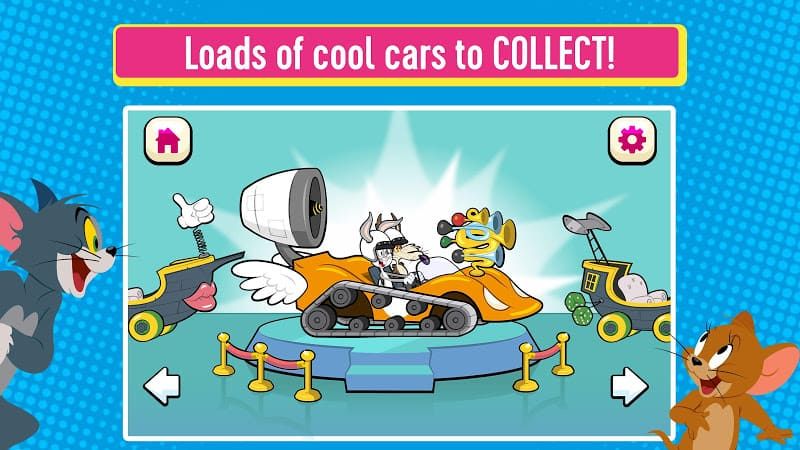 Boomerang Make and Race 2 is a classic cartoon-themed car racing mobile game released by Cartoon Network EMEA. It supports ios and android, and players can download it on Google Play and Apple Store. Boomerang Make and Race 2 has everything players loved about the original Make and Race, but even better, this classic game will come with new characters, new cars, new tracks, and a new way to customize players' cars and create the best racing car. Let the player's car grow into the most amazing car. Players can form your team with their favorite Boomerang characters and make the track unsafe, fun and coordinated. Famous cartoon characters such as Scooby-Doo, Tom and Jerry, Bugs Bunny, and more are the driving force behind the game. Boomerang Make and Race 2 has 5 worlds, each with 3 hilly tracks. After the race, players can add unusual cars to their collection.

In Boomerang Make and Race 2, players can not only enter races but also make them exactly how they want. What players need to do is, first, choose your body, ranging from stylish race cars to chunky tanks and more; then, there are wheels, which come in a variety of cute options, and you can even put a real chocolate donut on it. As your front tire; third, players can also paint your car any color the player likes, truly making it the player's exclusive racing car. Plus, there are plenty of various accessories available to customize a player's ride, from rocket motors to balloons to fish tanks, and then take it a step further with stickers of the toy's favorite boomerang character. Players can even design multiple vehicles, so each race has its own look.

Once the player's dream car has been built, it's time to race. Players will face off against other drivers on wild and wacky tracks filled with high-speed straights and massive hills and ramps to enjoy EPIC flight time. See how fast players can run across the track, dodge their opponents and collect boosters. There are five interesting racing worlds to explore in Boomerang Make and Race 2, each with three different tracks to master, such as peaceful green forests, tropical islands, huge cities, etc. There is always something new waiting for the player.

Players' favorite boomerang characters are here ready to play. After creating the car, you also need to choose who will drive it to victory on the track. The team and characters mainly include Tom and Jerry, Taz and Daffy Duck from The New Looney Tunes Show, Bugs Bunny and Wiley Coyote from the New Looney Tunes Show, and Dick Dastardly and Muttley from Wacky Races. Once selected, players can hype their favorite characters with speed on the field.

Boomerang Make and Race 2 has more cars than ever before, like a new stylish race car, a UFO, a pirate ship on wheels, and more. The new game has a lot of things players can unlock and customize. Players never know what will be unlocked next, which is one of the charms of the game. So keep playing to complete your collection.

As mentioned earlier, Boomerang Make and Race 2 can also unlock races. Currently, there are a total of 15 tracks for players to unlock, and there are a lot of courses for players to quickly complete. Players need to race against time to beat their best time and stay ahead of other racers. Here, players can experience the sense of achievement and excitement of constantly breaking their own records and being left behind by other racers. Keep going and you can unlock more interesting matches. Keep playing and you can crack them and become a professional racer.

Players don't forget to collect coins while driving, which will earn your car new upgrades and styling options. Make and Race 2 has tons of exciting and fun car parts to unlock. So players can always improve the appearance of the car, such as placing frying pans, party hats, ACME bazookas, and more. Players can always have new expectations for the game. So download it now and try it.