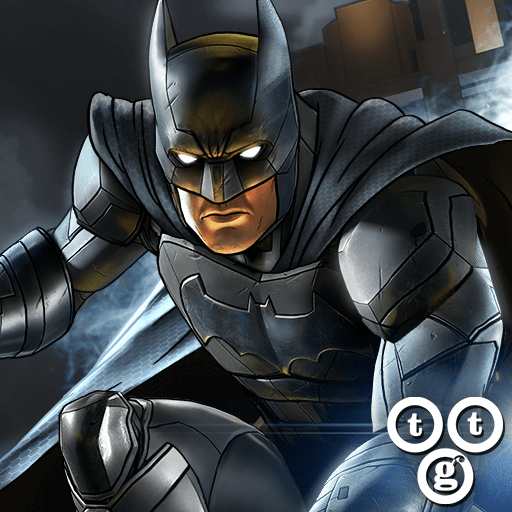 Batman: The Enemy Within
Adventure 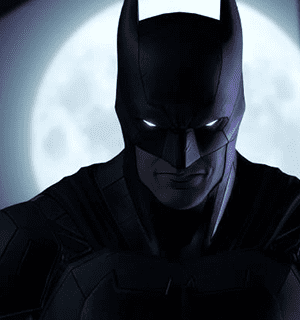 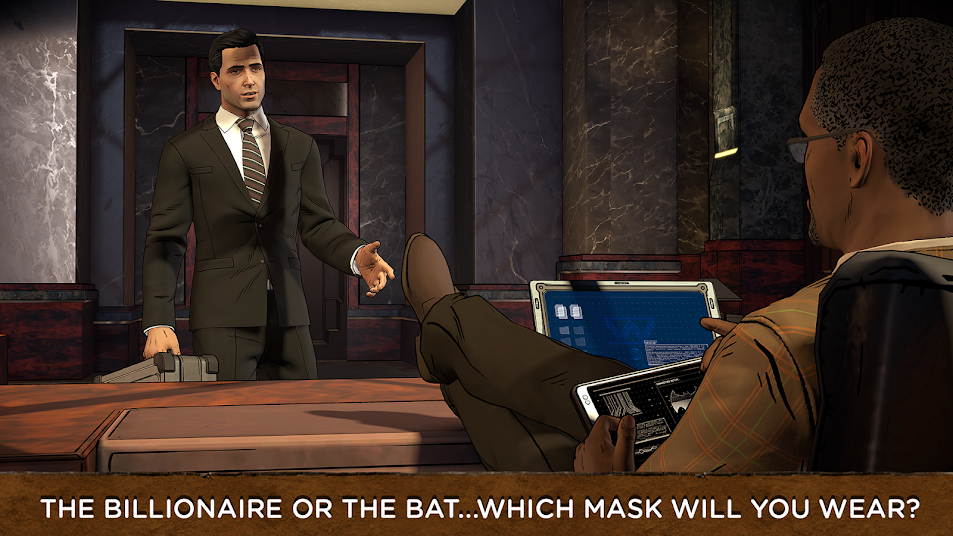 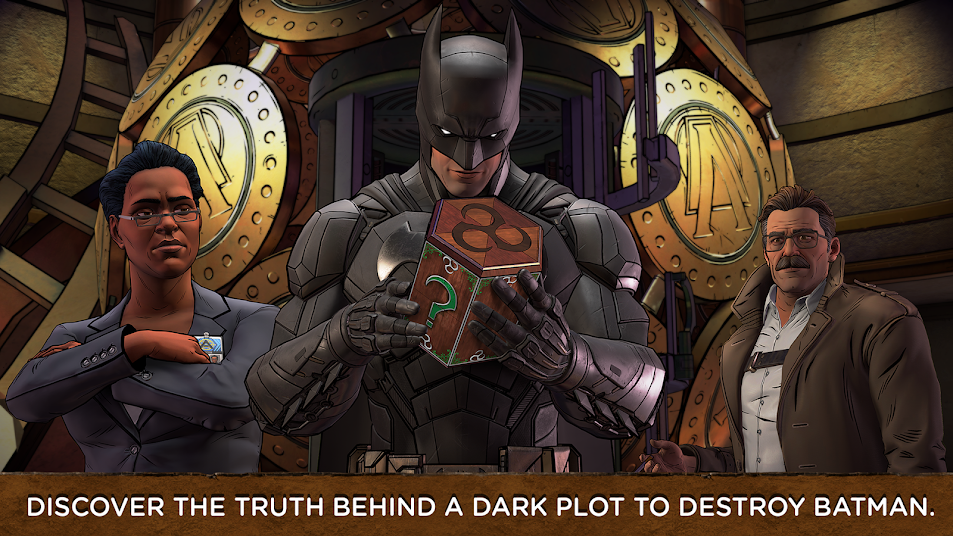 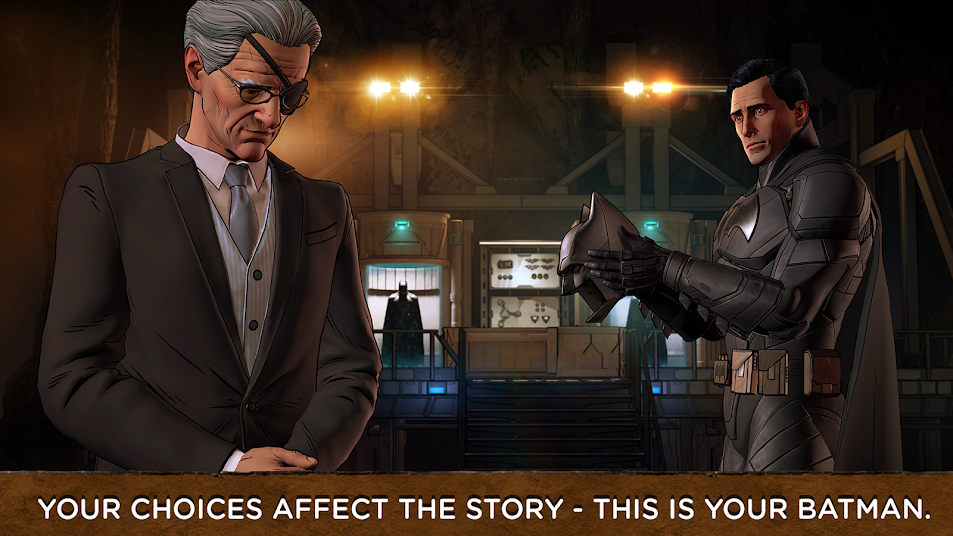 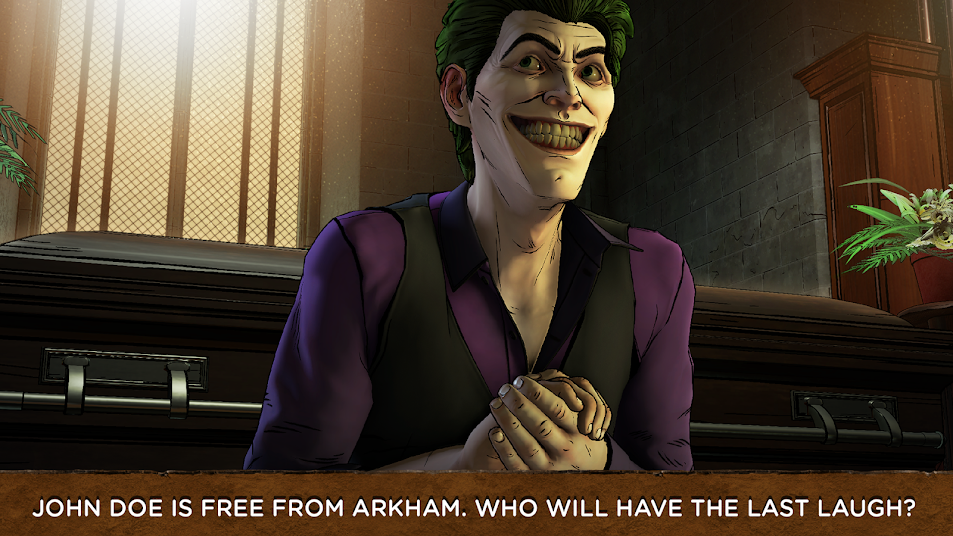 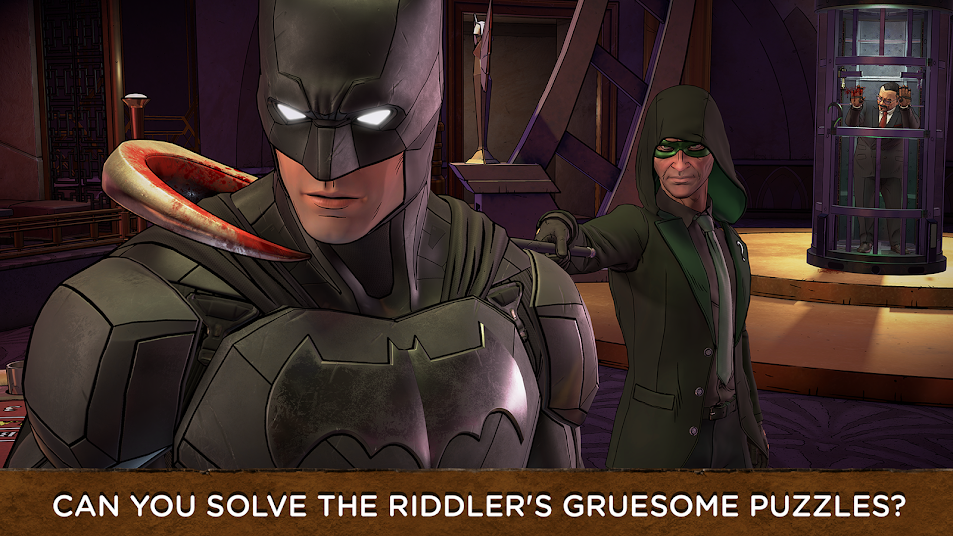 As with its predecessor, the game is set in Gotham City in the mid-to-late 2010s, primarily the Batcave, Wayne Enterprises, and Gotham City Police Headquarters. The game also follows the events of its predecessor, taking place between a few months and a year after those events. But it is an improvement over the first season in almost every way, with enhanced combat sequences, a strong presentation and voice cast, an engaging relationship between Batman and the Joker, and some memorable and heartbreaking moments. Graphics wise, the game is solid with only a few hiccups. The characters move more naturally than they did in the first game and the character designs work.

This is a new story that is not directly connected to the first game, but there are many references and several choices that will carry over into the sequel. So while it is highly recommended that you play the first game before enjoying this one, it is not required. Telltale even allows you to save between devices, and you can even create a new save by making some of the most important decisions in your review of the first game. If you don't choose one of these options, you'll start Batman: The Enemy Within with the default save created by Telltale.

It has an episodic format consisting of five chapters, which is sparse in terms of direct gameplay, centered around the narrative-driven decisions the player must make, and a few quick events displayed on the screen. As with the first game, Wayne ends up playing a more prominent role than Batman himself, and balancing the two worlds can be difficult. If you believe in Batman's version of being uncompromising no matter what the circumstances, then you will have to deal with some extremely tricky choices. It is certainly possible to maintain this mindset, but it is debatable whether maintaining this attitude is the most correct or logical course of action.

I liked the pace of The Enemy Within better than its predecessor. Less related to politics and gangsters, the game focuses more on the villains, forcing Bruce and the player into situations where his principles and morals will be severely tested. There are also situations where you have to choose between the greater good and important people, and crucially there isn't always a right choice because depending on the decision you make, you can see completely different sequences and events. At the end of the series, players will see the relationship between their Batman and the other characters they have interacted with.

Batman: The Enemy Within is an unforgettable Bruce Wayne and Batman adventure, but also one of the most challenging stories the character has ever had to experience. We've encountered some Telltale games where the narrative always finds a similar path no matter what decision you make, but that's not the case here, and players who make different decisions will have a rather different experience. If you're a fan of the Dark Knight, it's well worth taking part in this Telltale story, which can surprise you.