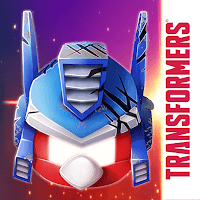 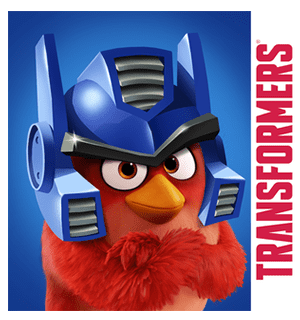 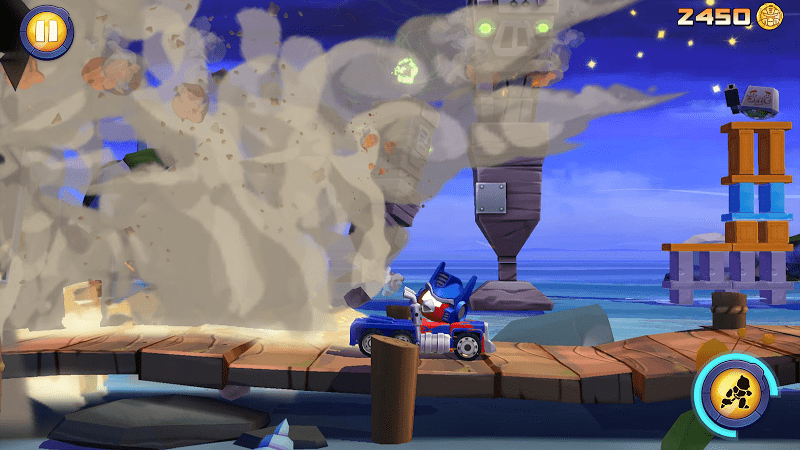 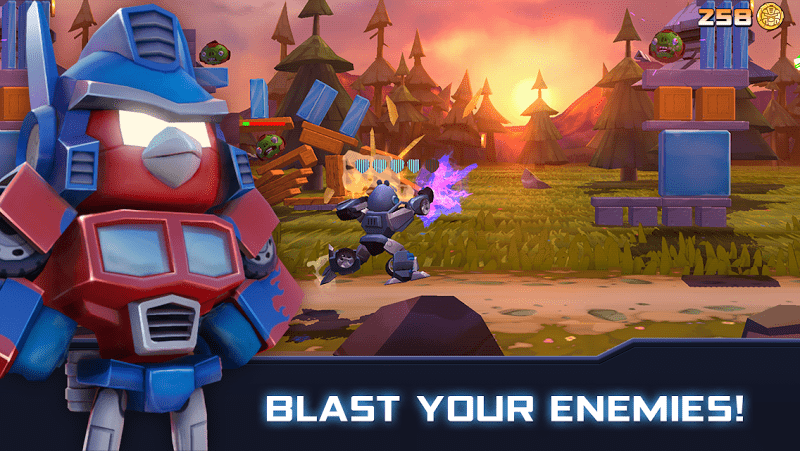 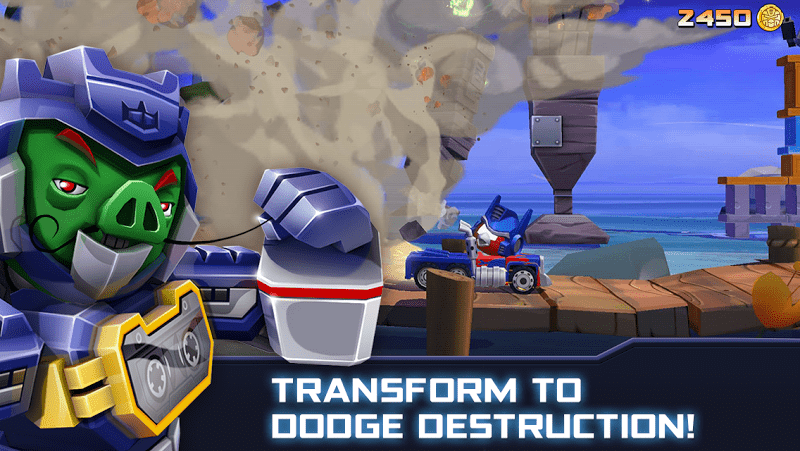 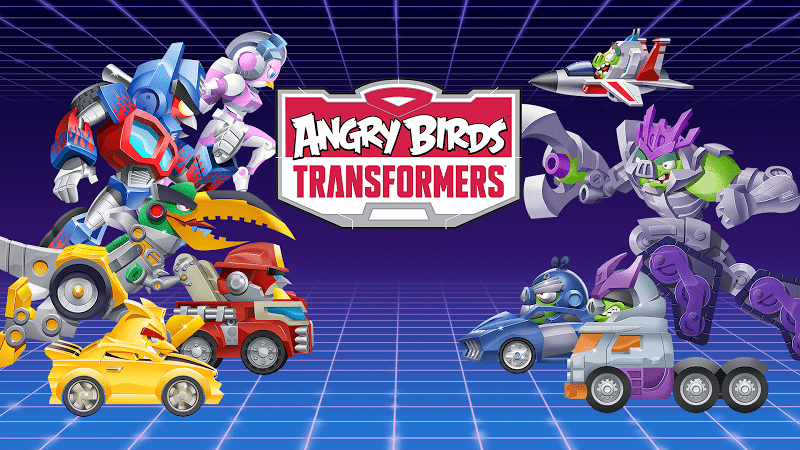 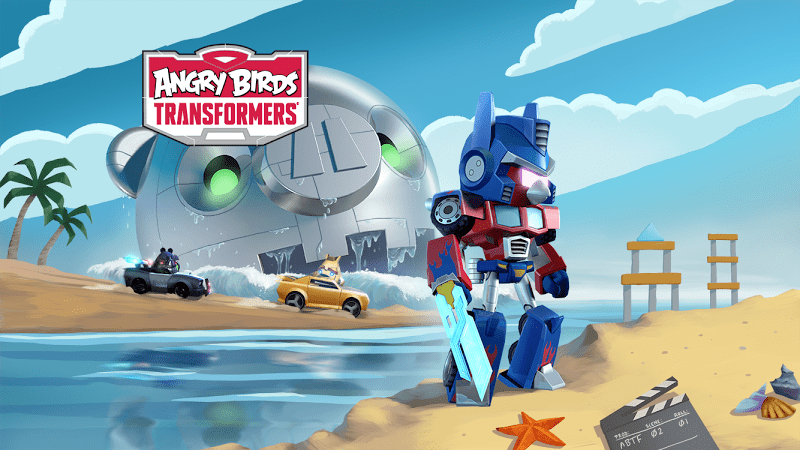 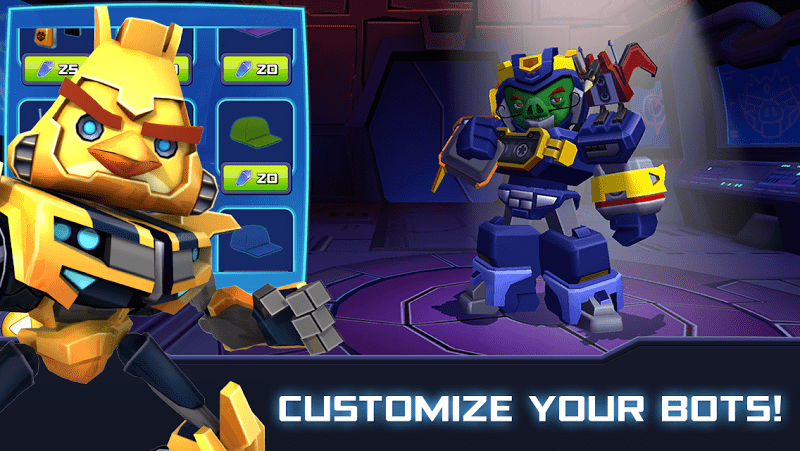 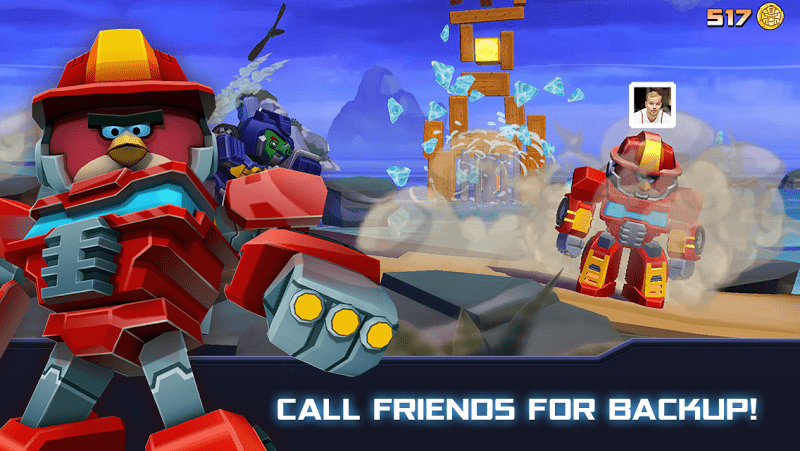 Angry Birds Transformers is a very simple game where players just tap the screen to aim and let their character fire. Each character can turn into a chariot, and if the player upgrades your character, the player also unlocks other useful abilities. As the player progresses through a level, there will be different kinds of pigs to deal with, some even armed. Each character is saved and eventually used to unlock new characters. The general process for a player to play the game involves collecting nodes, then starting character upgrades, and then playing any available level. After that, players need to wait a while unless you spend gems. Gems can be purchased or unlocked through achievements and chests displayed on the map. I suggest players don't rely on free gems on a regular basis, but they do accumulate relatively quickly and can be used to speed things up every now and then. Players also get gold coins for destroying objects and pigs, which are used to level up and heal characters, as well as unlock new levels. Players usually only play a few levels at a time, and once the player completes them, the player needs to wait for other levels to open. Additionally, completing a level will cause the game to start generating coins at nodes on the map, up to 400.

Even though Angry Birds Transformers offer a very simple concept, it's still relatively fun to run through a few levels and blow things up. Unlocking new characters is one of the biggest factors in keeping the excitement going. Each character has a new weapon, as well as a new set of unlockable abilities, but it should also be noted that each level will choose a random character. The player will see beforehand which character it is, but there is no way to change it. Angry Birds Transformers as Rovio's new game has very good graphics. Each of its characters looks very unique and have their own unique attack animations. The scenery looks great in the game, but it takes a long time for players to get out of the beach level and start seeing what else the game has to offer. The comic strip that shows up every time the player unlocks a new character is a nice touch, and visual variety is an important factor in the game. Although it will take a long time for players to see it there.

Angry Birds Transformers is not a traditional Angry Birds game. Although it's very simple, the game still has some charm that makes players want to keep playing. Overall Angry Birds Transformers is a decent smartphone game with a lot to enjoy, and while the game can feel repetitive at times, revisiting levels with new characters and different weapons can ease the tedium. Players just have to remember to spend their gems wisely, and then when they run out of gems, players just have to be patient. Players can do all of this for free, despite the high cost of in-app purchases. Also, the graphics and sound are great. This is a very solid free game, and players should download and experience its value in the game.