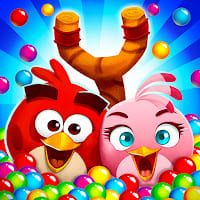 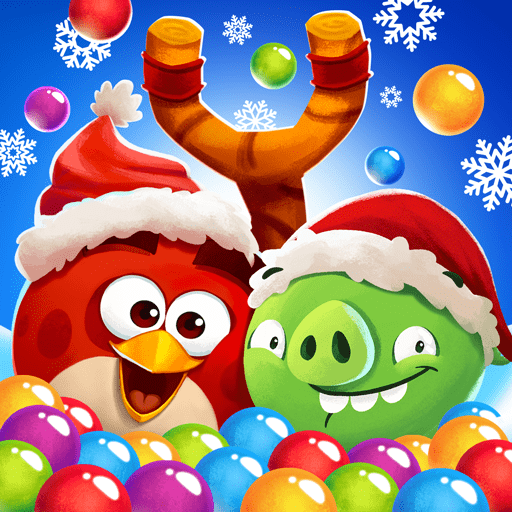 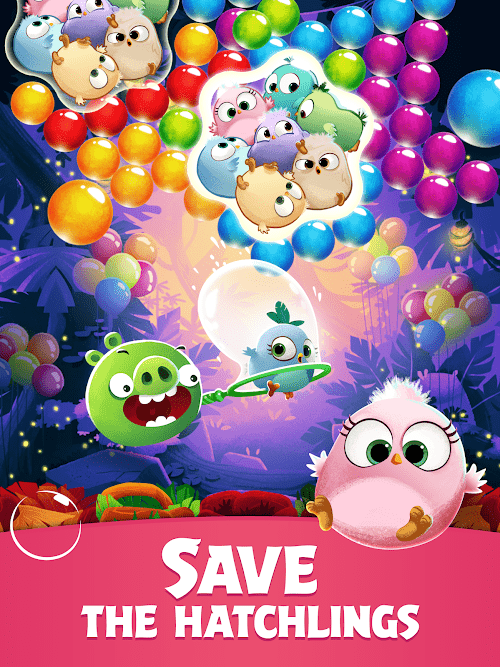 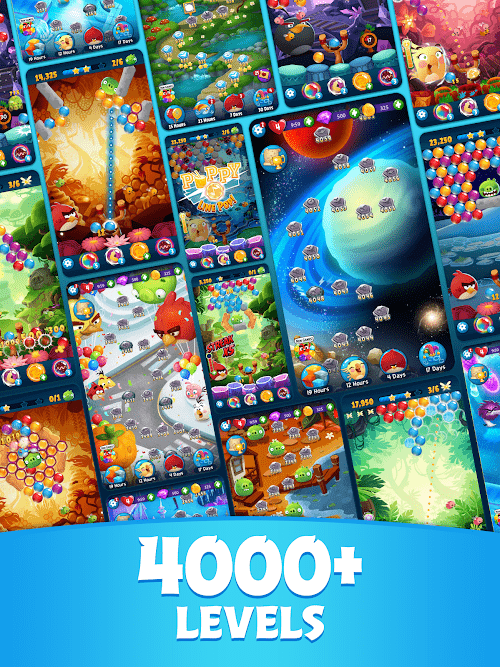 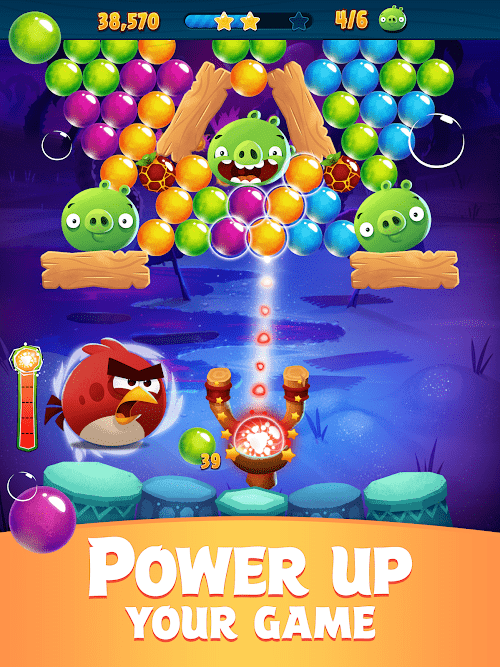 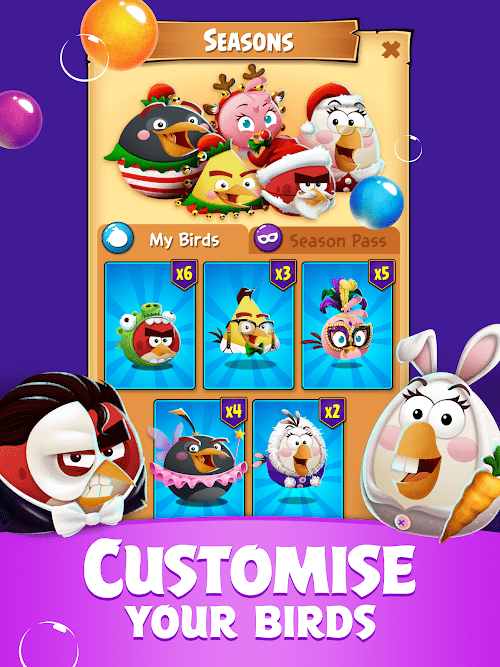 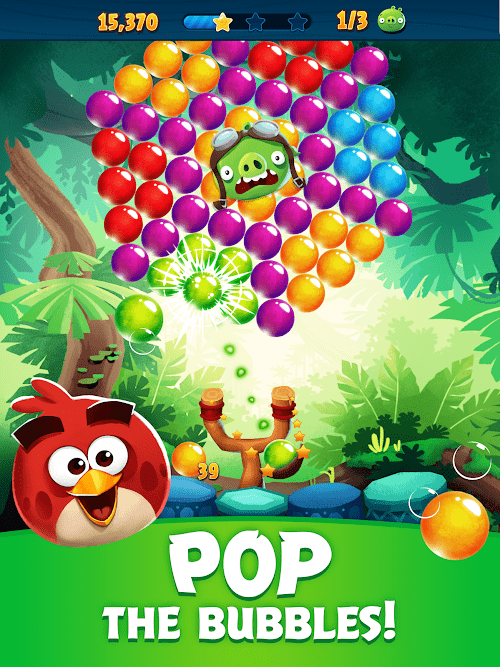 Angry Birds POP Bubble Shooter is another great game that’s part of the Angry Birds series. The gameplay is pretty easy to understand: you simply use the slingshot mechanisms to throw bubbles upwards and you let go with your finger to release the shots to hit the bubbles. It’s sort of like the original angry birds, but your target is not pig anymore but bubbles. It’s still a physics-based game where you will spend time thinking about basic physics mechanisms and try to get your best shots every time.

The purpose of the game is not to clear all the bubbles but to relatively clear the only useful bubble to reach the top. Another involved you releasing the pig to the bottom of your screen and your every move will have to correspond to everything that moves. The game is so strictly made that it would be extremely hard for kids to get succeeded in it. So I would necessarily say that this game is not that kid-friendly because you will have to be quick enough with your reaction times and you will have to finish the challenge in a strictly mannered time frame. So this game is sort of unbalanced, unlike the other Angry Birds Series.

There are things that I want to talk about with the whole Angry Birds series because I start off being a fan just simply for Angry Birds where I use the birds to hit the pigs. I’ve seen so many different versions of games that are from the series and to be honest with you not every sub-category is that well made. I think the company is taking a bold move to gain attention and players’ hearts by offering more options. It’s great that the company it’s taking steps wishing to bring back all those players when they first released Angry Birds, but I feel like it could be a possible wrong attempt. There are so many different games being released now and then and people shift attention so quickly and so many games “died” in such a short time with no active players. The thing will Angry Birds is the diversities decrease the quality of every game. I would love to play a sub-series of Angry Birds with nice designs and smoother gameplay rather than overwhelmingly large numbers of the game that I don’t even know where to start from. So there have to be features and quality for a game to capture the players’ eyes.

The game is fun despite the flaws I mentioned because you will have a chance to try on multiple types of challenges giving the freedom of the game. It’s quite fresh and different levels feel like different games which makes the game quite playable. When you proceed with the game, there will be a new ideology being introduced, so things practically build up upon one another. There are events and activities often time and missions you can finish earning the gear you will need in the game. The soundtrack system in the game is great too, it’s pleasant and comforting which makes me appreciate the time I spend on this game.

To end, I would recommend you this game to try on especially if you are an all-time fan of the Angry Birds Series. This game is fun to play with your friends so even if you are not a big fan of the series, it would still be a good choice for you to play several challenges. You will probably Ike the game more after you play it. It takes time to master the game, so take your time and be patient to succeed in every challenge.