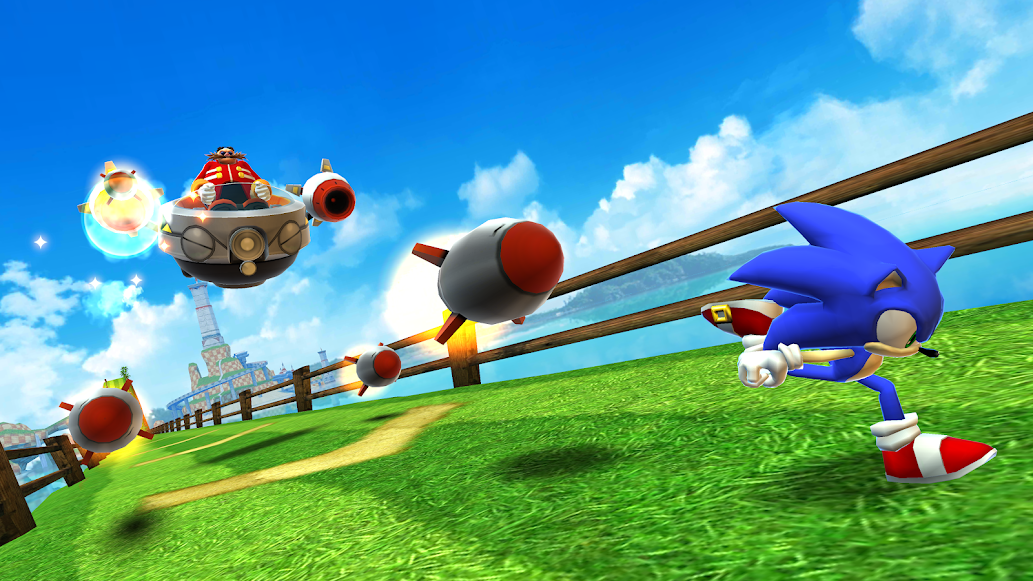 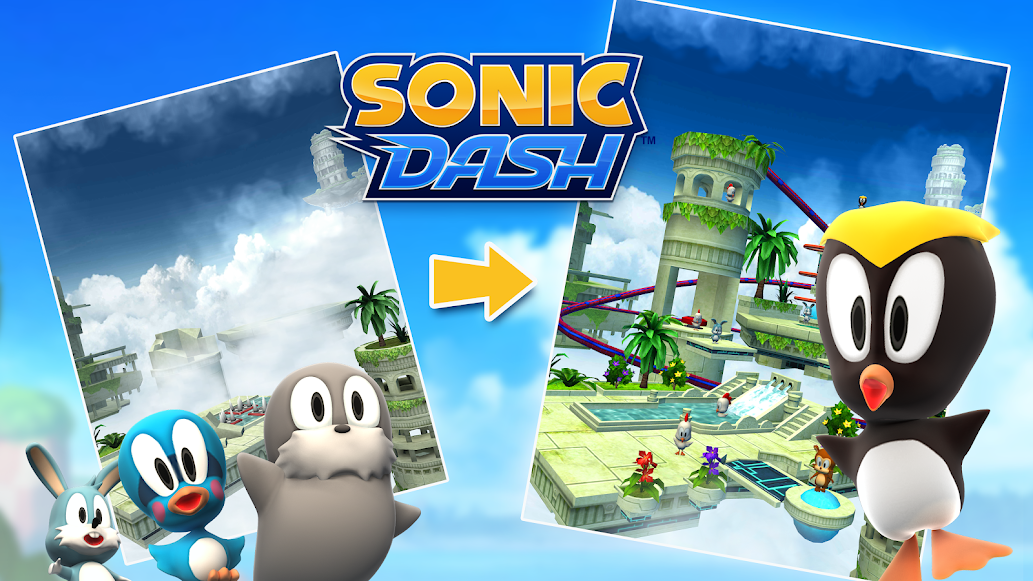 Sonic Dash is Sega's 3D parkour game featuring Sonic the Hedgehog, which is very similar in concept to the Tempel Run series. It makes a valiant effort to deliver the Temple Run experience, but while it has many great aspects, it doesn't keep players around for long. As you know, the endless runner genre doesn't have a limited number of goals and entices you with in-app purchases to help you "go further". There are no levels to sprint through and no single-player missions to complete. Climbing the leaderboards to beat your friends and Game Center rivals is your only goal.

Sonic will automatically move through the environment, and you can swipe left or right to move between three different lanes. Swiping down will activate the spin sprint that destroys the enemy and swipe up to jump. Gesture control is sensitive, responsive, and accurate. You will rush over overhangs and through enemies, jump over spikes and meander through the environment until the final movement becomes too fast and you make a mistake. If you want to continue where you failed, you can get a second chance by watching an ad or spending two red rings. But because these are rarer than ordinary rings, you need to buy them with real money most of the time.

Throughout the game, you can collect gold rings that can be used to upgrade specific enhancements, such as ring magnets, shields, or dashes. Each time you increase your energy level, the number of rings you need will also increase. Note: Collecting gold rings will also recharge your sprint, which will make you invincible for a short period and provide you with a significant speed boost. Also, as in many other endless running games, the farther you run, the faster the overall game will be. When I first played the game, I was amazed at how fast the game was.

In addition to in-game microtransactions, the lack of variety can seriously damage the experience. The only two types of terrain in the entire game are Green Hill Zone-style grasses and Water Market Zone-style ancient ruins. The terrain is practically identical, with the same kinds of obstacles, including the same enemies between them. After a few hours, looking at the same scenery you've seen a million times by the time almost every Sonic game starts can turn running into a chore.

Although the annoying microtransactions and single terrain will affect the gaming experience a bit, I must admit that Sonic Dash still has its advantages. What can't be ignored is the beauty of the game, the graphics are clear and colorful, and the music fits the game perfectly. The drawing distance is quite good, and Sonic himself looks colorful and great. It provides a Sonic-level 3D reproduction that is as faithful as Sonic Generation's Green Hill Zone version and is equipped with occasional loops and corkscrews to maintain a smooth frame rate when loops and obstacles pass by. There are only three kinds of enemies: red crab, purple robotic turtle, robotic fish. They seem to be straight out of the classic Sonic game.

Honestly, with a newer approach with more zones and fewer in-app purchases, Dash could become one of the more enticing endless runners on the market. As it stands, you may find yourself picking it up and walking away after a brief period of enjoyment. It would definitely be more popular if it had fewer in-app purchases and more variety in enemies and terrain.