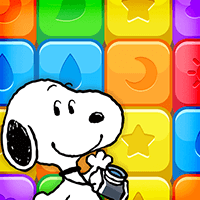 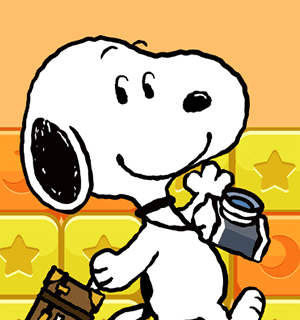 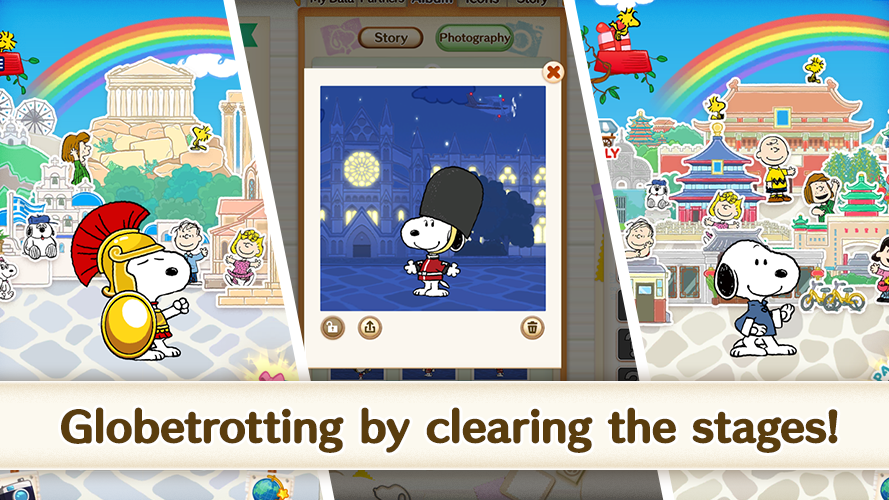 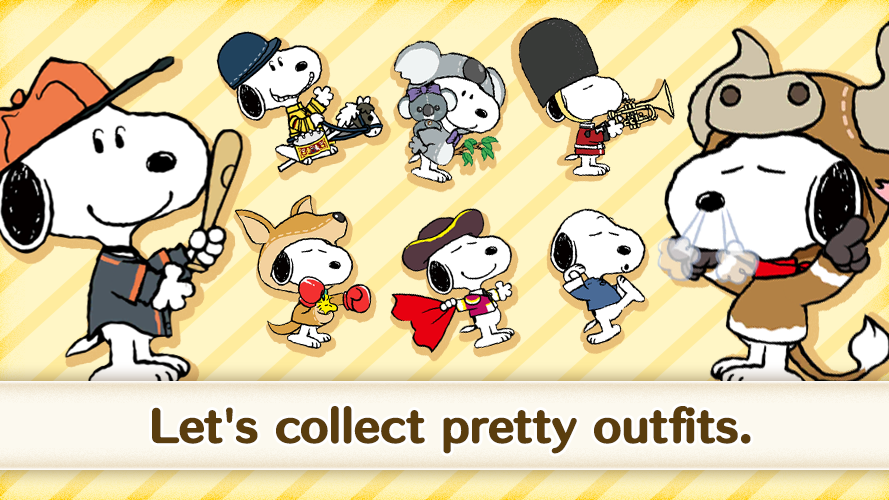 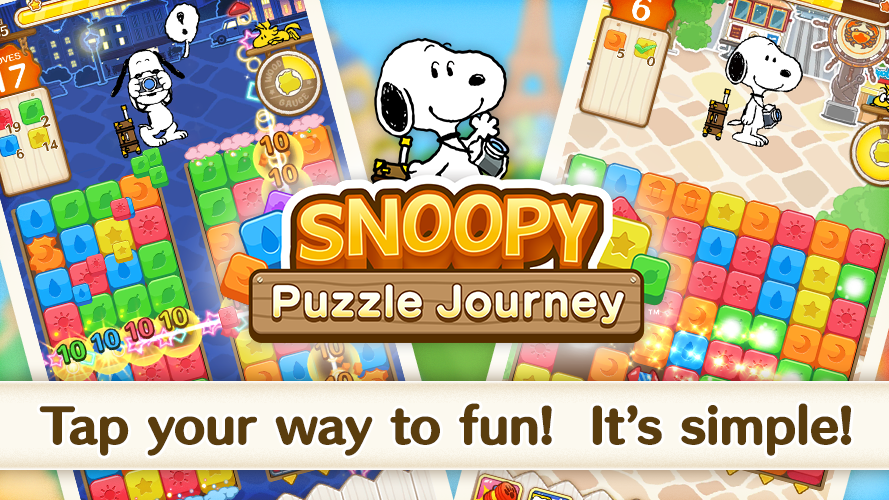 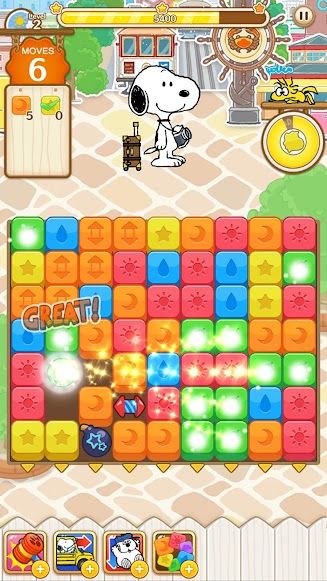 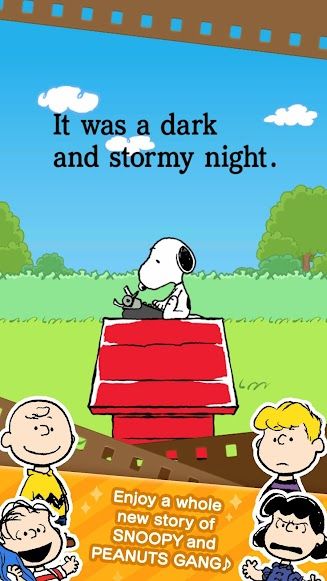 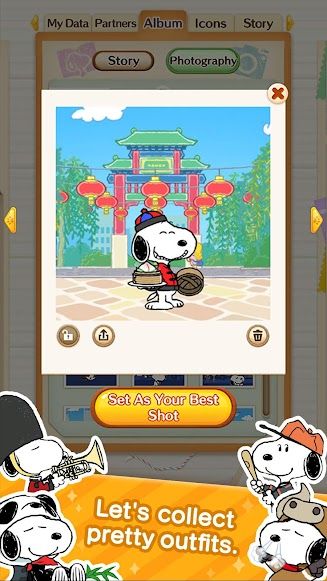 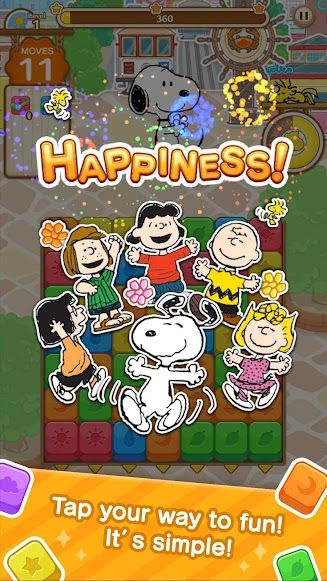 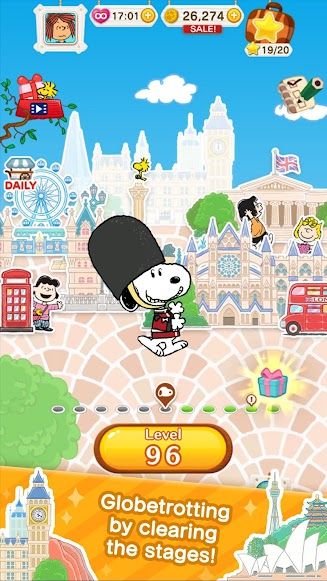 Snoopy Puzzle Tour is a puzzle game for iOS and Android devices that features Snoopy traveling around the world. The game is based on the long-running popular Peanuts comic strip and features very simple "tapping" gameplay. Tap two or more similarly colored items to remove them from the board. You are given a certain number of moves to achieve a goal, such as removing some colored squares. More points are awarded for clearing multiple items at once, as well as missiles, bombs, and other special items that help (such as removing entire rows). Completing puzzles will lead Snoopy to new cities around the world. Depending on where Snoopy visits, he can wear the city's costume. Players can build Snoopy's closet as they play the game.

If the player pauses while playing the game, groups of squares will swing to signal potential next moves. You can also buy coins and other items with real money, but this isn't necessary because you can earn money and will periodically receive special tools, such as eliminating whole rows of boosters and such, which can help you move forward. And when multiple special items are used at once, the pieces will have a greater effect. For example, missiles will clear one column or row, and missiles and bombs will clear three rows and three columns, so it's rarely frustrating to play through.

The app also shows the progress of child players in a variety of ways, which helps you see what you still need to do and provides positive reinforcement for what you're doing. When you complete a level, you will advance to a new city on the map. You are also asked to collect game points and complete items on a to-do list, such as eliminating a certain number of red squares during your turn. You can even use the app to make friends with other users and send them a gift box containing a random game-related item, such as a heart. However, this does not see or share any personal information, and users cannot chat directly with each other.

The games are usually fun and when you first start playing you may find the levels very easy until about level 15 when it only takes a few steps to complete a level. However, as the player progresses, the levels become more challenging. Each puzzle requires a heart to try. Once you run out of them, if you don't have enough coins on hand, you will have to wait until a heart is refilled, which can take about 15 minutes. Therefore, you can't play Snoopy Puzzle Tour indefinitely, but this mechanic also makes the game more balanced and able to control the player's playtime.

This is a free game with in-app purchases, but you can enjoy the game even if you don't pay real money. I don't recommend paying real money, it's a casual game to pass the time and the simple gameplay is designed to "relieve stress". The game also tells the new story of Snoopy and the Peanuts gang, which is very interesting for any fan of Snoopy and the Peanuts family! If you are also interested, give it a try!