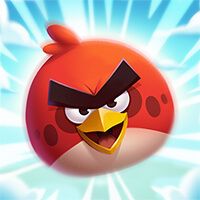 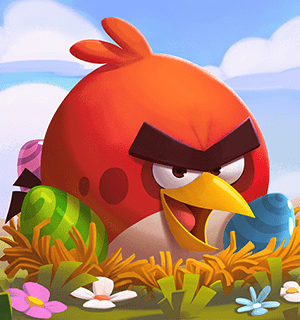 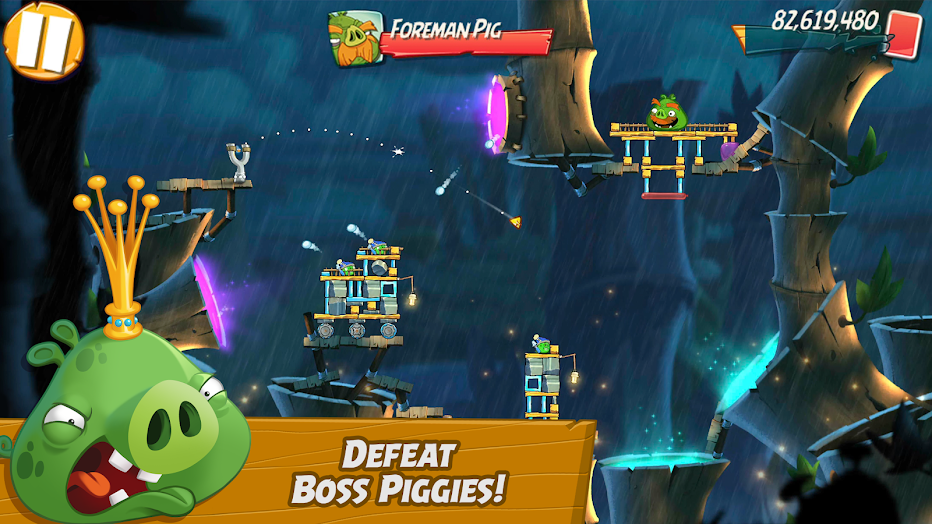 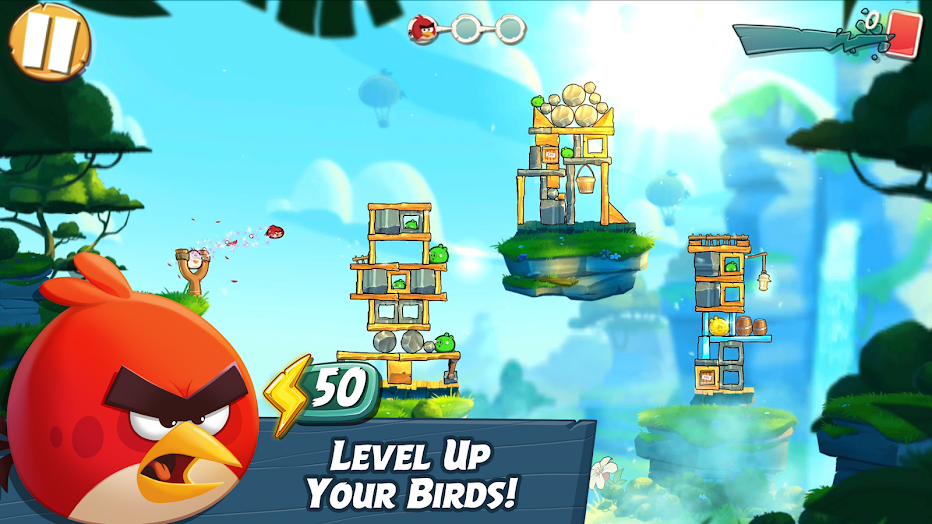 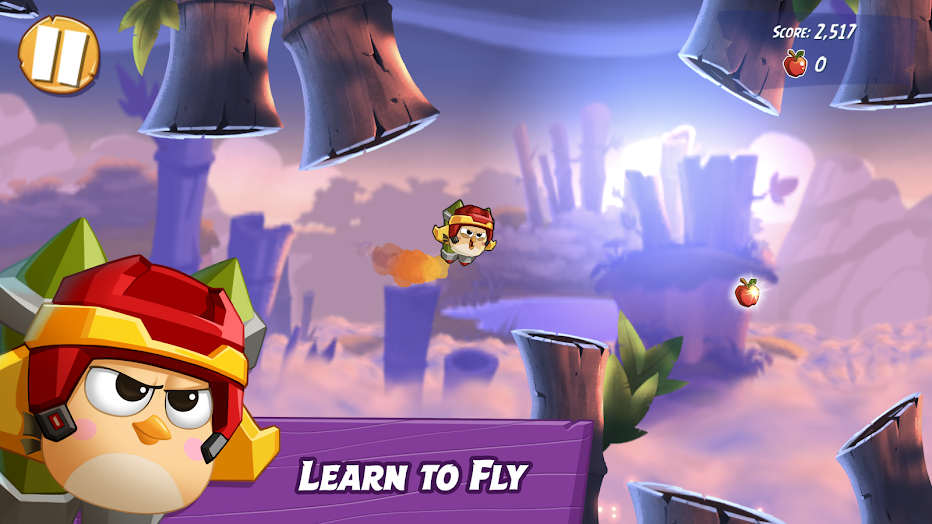 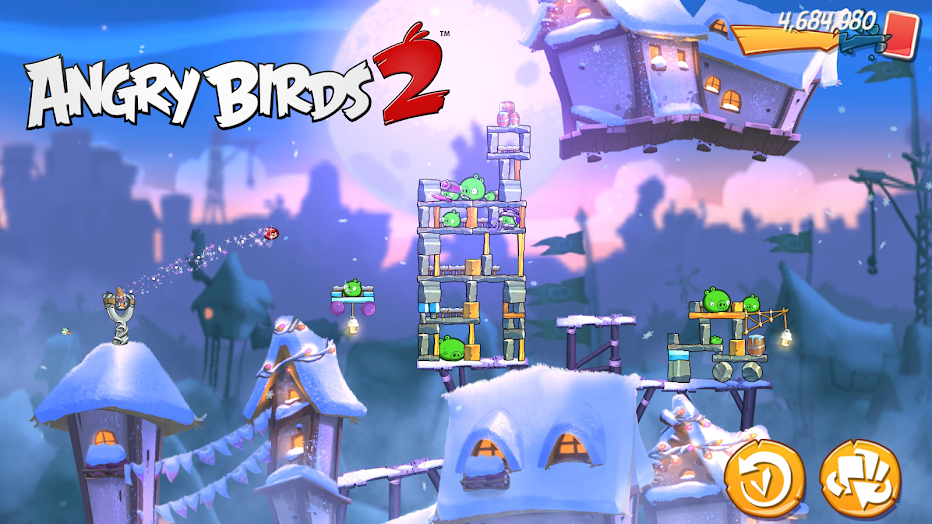 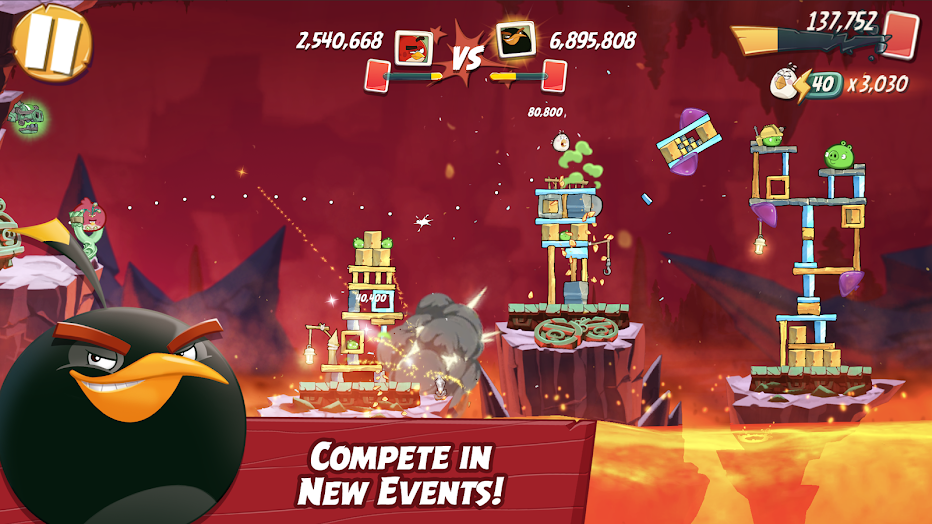 Angry Birds 2 is a 2015 Puzzle video game developed by Rovio Entertainment and is the twelfth game in the Angry Birds series, a direct sequel to the original Angry Birds. It is a free-to-play game with the option to purchase in-game currency. As a sequel to the classic series, it has classic graphics and gameplay and adds many new things. The game features a new bird named Silver, Red has a new ability to use spells instead of power-ups, and gameplay takes place in multi-stage levels. Silver, a bird who first appeared in the game, went on to appear in the animated film The Angry Birds Movie 2, voiced by Rachel Bloom. In that film, she is Chuck's sister, a skilled engineer and a potential love interest for Red.

After the Angry Birds incident, Chef Piggy takes the eggs and puts them on a dirigible, leaving Red to gather the rest of the flock to hunt him and the other pigs. After Chef Piggy is defeated, Foreman Piggy takes over the airship to prevent the birds from retrieving the eggs. Once the foreman pig is defeated, the pig king takes command of the airship. This cycle repeats itself throughout the campaign levels. As with the original Angry Birds, players use a slingshot to launch birds at nearby buildings; the main difference in Angry Birds 2 is the ability to select the desired choice of birds from the deck. This can give players more freedom by allowing for the creation of their own unique strategies.

In addition, Angry Birds 2 has also made changes in the design of the levels. The secret of Angry Birds has always been the deeper puzzle roots behind the casual "let the birds fly and pray you to hit a weak spot" experience. Getting three stars on a level has always required scrutinizing each carefully crafted stage and using each bird in the right way. But Angry Birds 2 generates each stage procedurally - if you restart it five times, you'll see five different stage layouts, five different pig placements, and even five different types of birds at your disposal. This randomness did keep me alert to the unpredictable and fresh challenge, but it also turned the experience into a more mindless, action-oriented one in which you simply fly the birds and watch the ensuing destruction.

The main currency in the game is diamonds. You can get them in many ways, and you don't have to spend real money to buy them. When you have no boxes, no lives, and no birds to use, watching 30 seconds of commercials is the answer. Also, the game has a lot of levels, which may seem difficult, but with a lot of studies and route adjustment, you can still get through. It is not like many players say that you have to spend real money to pass. If you really can't pass, you can go play the daily challenges for a few days and accumulate some feathers to help get through. I see a lot of players complaining about too many ads, but the amount and timing of my mission ads are considered appropriate. Watching ads can bring players through some rewards to help pass the level and add more possibilities to the game.

Overall, there was a mixed reaction to Angry Birds 2. While people praised the game's enhanced graphics and gameplay, they criticized the gameplay and in-app purchases, saying that the system was less playable compared to previous games. I think as a casual game it's fine, think of it as a pastime for your free time. You shouldn't be too concerned about its competitive nature.